The first four teams to play in the Call of Duty World League Pro League have been confirmed as the $250,000 CWL Vegas tournament reached its final stages.

OpTic Gaming, Splyce, eUnited, and Luminosity Gaming have all qualified directly into the Pro League on the virtue of guaranteeing themselves a top-four finish at CWL Vegas, no matter where in the top four they actually place.

Finishing in the top four has guaranteed these teams that they will not have to compete in the Play-In tournament for the Pro League, which is set to be an intense and competitive affair.

The Play-In tournament is due to take place from January 16-20 at the MLG Arena in Columbus, OH, where 28 teams will be vying for the 12 remaining spots in the Pro League, in addition to the four that have already qualified. 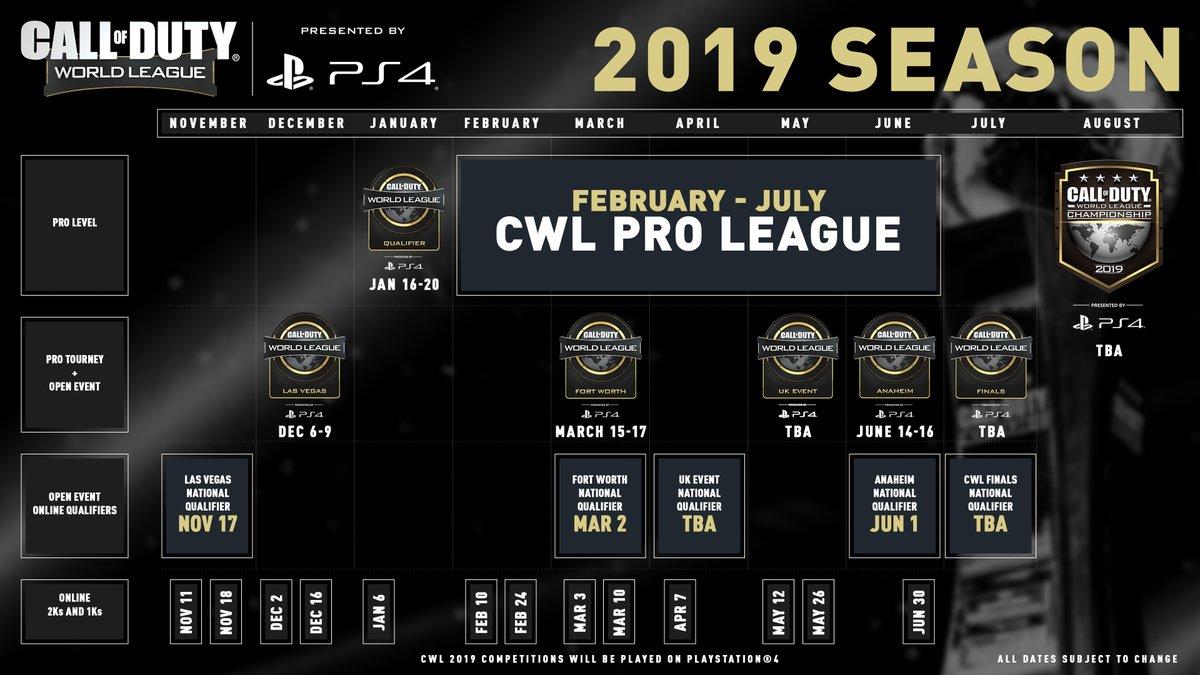 The Play-In tournament will take place in January, followed by the massive CWL Pro League from February to July.

The 28 teams that will be competing in the Play-In has been determined by final placements at CWL Vegas, with the teams that finished from 5th/6th to 29th/32nd all earning a spot.

The field of teams is set to feature some powerhouse squads, with the likes of 100 Thieves, Team Envy, FaZe Clan, Str8 Rippin, and Team Sween all having finished in the top-32, among many others.

The full list of teams that have guaranteed themselves a spot in the Play-In tournament can be seen below:

Earning a spot in the Play-In is a huge opportunity for these teams, as it gives them a real chance at entering the CWL Pro League. Unlike last season, the 2019 Pro League will only feature a single season, which makes the Play-In that much more important.

The Play-In will feature four Pools of seven teams, the top two of which will qualify for the Pro League, while the next three will play in a Playoffs to qualify. The bottom two teams in each Pool will be eliminated from qualification.