CDL London is now in the books, with Chicago Huntsmen taking the win after a hard-fought run of matches against Dallas Empire, Paris Legion, and the Los Angeles Guerrillas. It provided some incredible moments for CoD fans – but which were the best?

As always, the UK crowd was out in full force to support their heroes, and it inspired a multitude of incredible moments.

But which were the best? With some eye-watering plays, incredible fan moments, and the electric personalities on stage, we’ve managed to put together the top ten moments from CDL London.

10. H3CZ saves a fan from being kicked out

H3CZ will always be a man of the people.

Forever a man of the people, H3CZ has become a fan-favorite over the years, and he proved why after saving a fan from a possible removal from the event.

The spectator, who was reveling in the celebrations and had decided to build a tower of empty beer cups, was pulled away by security before the Huntsmen CEO stepped in to get him back to his friends.

To chants of “Hector to the rescue”, H3CZ showed exactly why he and the Huntsmen have such a strong fanbase in the CoD community.

Aches is a polarizing figure in the community.

Aches is the perennial villain of the Call of Duty scene: you love him, you hate him or you simply love to hate him. He gets people interested, and when he got knocked out of the tournament, the London crowd couldn’t contain their excitement, singing to the tune of the infamous “football’s coming home.”

Chants of “Aches is going home” reverberated throughout the Copper Box Arena, as the LA Guerrillas player had to hang his head and pack up his belongings to disappear until the next event.

Scump tore it up in London, having one of his best performances in recent memory.

Scump was clearly delighted hot off of Chicago Huntsmen’s first win against Dallas Empire in the group stage. With fans singing Sweet Caroline in the background, Scump was asked what he thought of the crowd, and with a huge grin on his face, he told the viewers how awesome they are.

Not only that, but he also threw back to his teammate Arcitys’ launch weekend interview, saying that “sh*t was easy” after their emphatic win against Dallas.

Clay was as theatrical as ever on main stage.

Players and fans alike will often note how incredible the UK crowds are at esports events, Call of Duty or otherwise. CDL London was no different, with the fans out in full force, singing and chanting for their favorites, booing the villains, and overall just having a great time.

However, after knocking out the London side, Clayster decided to give a little back to the home fans, taking his headset off of his head and shushing the crowd, who were already downtrodden from the result.

There wasn’t too much spite in the act, with Clay laughing and obviously meaning it in good spirits. He took to Twitter afterward, saying that it’s “all in good fun” and that he “had a blast.”

The challenger bracket, formerly known as the open bracket and more endearingly known as the Passion Pit, is where aspiring professionals meet to showcase their talents to the community and prove why they deserve to be in the Call of Duty League.

As such, these players aren’t limited by the likes of brand deals and sponsorships so can be a little more vocal when they secure the win – making for some highlight reel moments as they lay into their opponents.

It’s always hilarious to see and is a great reminder of the fact that esports is still very much a grassroots project, despite how big it has become.

5. Madcat lets Censor know what he thinks of him

Madcat got the home crowd laughing with some of the comments he made.

Madcat is a national hero for UK Call of Duty fans, a veteran of the scene that has provided them with both brilliant plays, manic moments, and hilarious quotes over the years.

After taking part in the 2v2 Hype Battle alongside DJ Nicky Romero, facing off against Censor and Newcastle defender Jamaal Lascelles, Madcat had something to say about his New York Subliners opposition.

After some friendly trash talk throughout their match, Madcat was asked about teaming with Romero, and his response was brilliant. He said that if Censor could do it, the DJ could do it too, with roars from the crowd letting Madcat know he had nailed it with his response.

Gunless proved why he’s such a sought-after talent with this clutch.

As expected, Gunless and the entire Chicago squad were on great form once again in London, putting themselves atop the Call of Duty League standings after a solid showing throughout the opening weekends.

However, Gunless showed just how valuable a player he is with this insane 1v3 clutch, shaming the Dallas Empire players with one of the most ice-cold, high IQ clutches we’ve seen so far in Modern Warfare.

3. Rated turns on Crimsix to win the map

Rated helped London win the incredibly tight game by turning on one of the best ever.

The London crowd was as raucous as ever at CDL London, but rarely more so than Rated’s incredibly clutch play to help give London Royal Ravens the map 1 win against Dallas Empire, with the teams separated by only 8 points.

Though the final scoreline wasn’t something the home crowd would’ve asked for, this play gave them something to cheer, a moment to be hyped about and, most importantly, a level of hope that English sports fans have become unfamiliar with over the years.

Rich was in classic form in his return to Call of Duty.

Rich Campbell made a surprise return to the Call of Duty desk after some time off, bringing his distinctive voice and dress sense to an already eccentric event. He attempted to celebrate desk host Lottie’s birthday with a song and cake but got a lot more than he bargained for.

Skrapz, ever the crowd-pleaser, decided to give Rich a face full of cake after he suggested his London team didn’t deserve to win, leaving the broadcaster looking a complete mess.

1. T2P return to their glory days

Scump and Formal won their first tournament together since Champs 2017.

The return of Time 2 Pound, the phrase that represents one of Call of Duty’s most iconic duos in Scump and Formal, has left fans excited ever since it was announced.

Coming in to the tournament as favorites, fans were looking forward to seeing them back in action, and the moment that they secured the tournament win once again after so many months apart left supporters in the arena and at home ecstatic. Plus, it definitely helps that they beat former teammate Crimsix in the process. 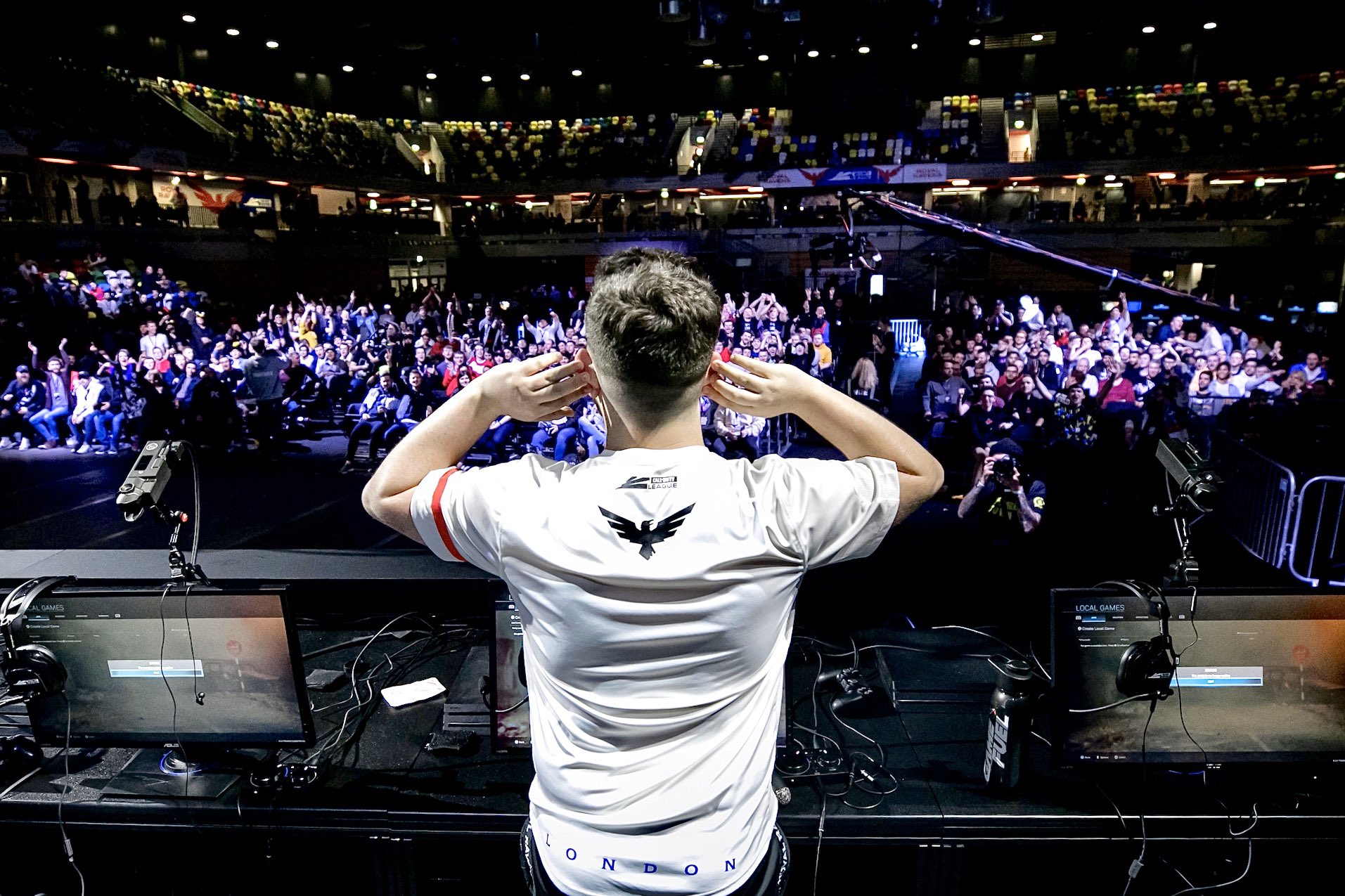 With such an explosive and supportive spectatorship, CDL London was guaranteed to be an incredible event, and it lived up to expectations in a multitude of ways.

It’s not easy to rank each of the incredible moments from the event, but we believe these are certainly up there – do you agree?