The Call of Duty Black Ops 4 Beta has become free to download without an invite in a number of regions.

The Treyarch developed title wowed players on PlayStation 4 across the weekend of August 3 to 6, and has returned for a second weekend on the PS4, while also appearing on Xbox One and PC.

For both weekends, players have been required to obtain a beta token, found via a number of methods including giveaways or by pre-ordering the game set for released in October.

As you’d expect it has caused something of a frenzy online as people fight to get the codes, however it has been confirmed that in a number of regions, it has been unlocked.

Call of Duty fansite CharlieIntel Tweeted out that if you’re in either the middle east or Russia, the game is completely open and free to play on PS4. But if you’re from North America or Europe, you’re completely out of luck. 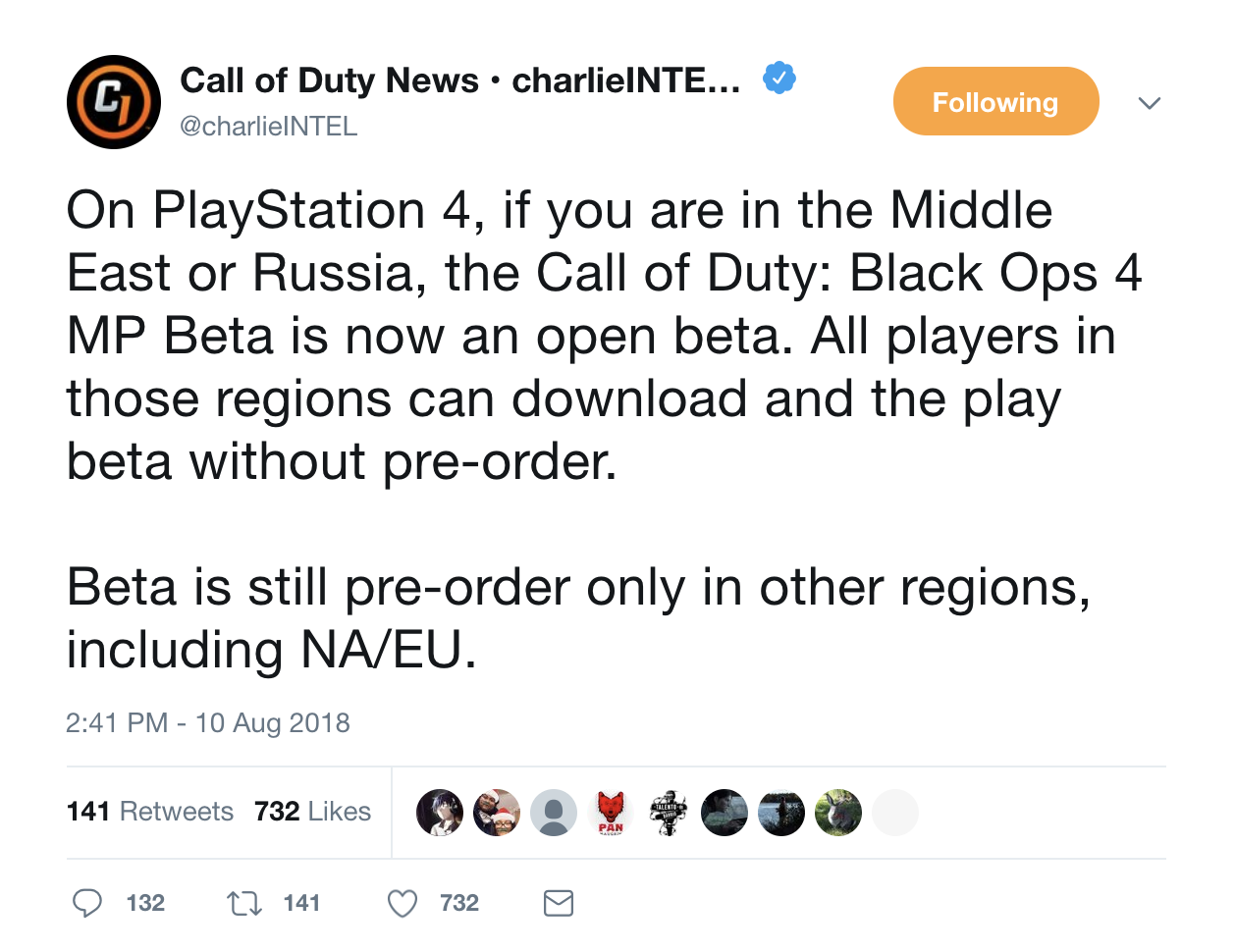 It’s unclear if over the course of the weekend the beta will simply become available for everyone, but judging from previous years, it seems likely.

For those who do have access to the beta, remember not to uninstall the game as there will be a weekend in September where the new Blackout, battle royale mode, will be tested too.