The January 10 running of the Code Red tournament for Call of Duty: Black Ops 4 Blackout battle royale mode has now all wrapped up with a pair of Team Liquid pro players being crowned champions.

They were victorious despite having to reach the final via the Loser’s Bracket as they had lost to Team Doc in the Winner’s Bracket Finals. This meant that Casper and Flanker had to win two matches in the Grand Final while their opponents had to only win one.

The first map of match one was a quick affair as all four players were eliminated shortly after landing. Doc and Lyndon had the 5-3 advantage but that was quickly flipped on its head in map two, which saw Flanker drop 10 eliminations and give Liquid the 13-9 overall victory. 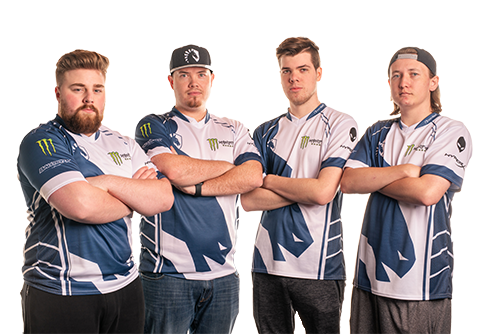 Casper (second from the left) and Flanker (third on the left) are two of the original four players that Team Liquid signed to be on their pro Blackout team.[ad name=”article3″]

This result meant that the bracket would be reset and a second match would be played with everything on the line. The first map proved to be as tight as can be as Liquid took a narrow 5-4 lead going into map two, despite both Doc and Lyndon falling early.

With everything to still play for in map two, Team Doc were eliminated with zero eliminations and the match ended 9-4 in favor of Casper and Flanker.

Thank you to all the competitors and to those that tuned in for this weeks #CodeRedLive :collision: pic.twitter.com/H8ksPYU41q

You can find the final placements included in the table below, as well as both the Winner’s and Loser’s Brackets that include the aggregate scorelines of each match. 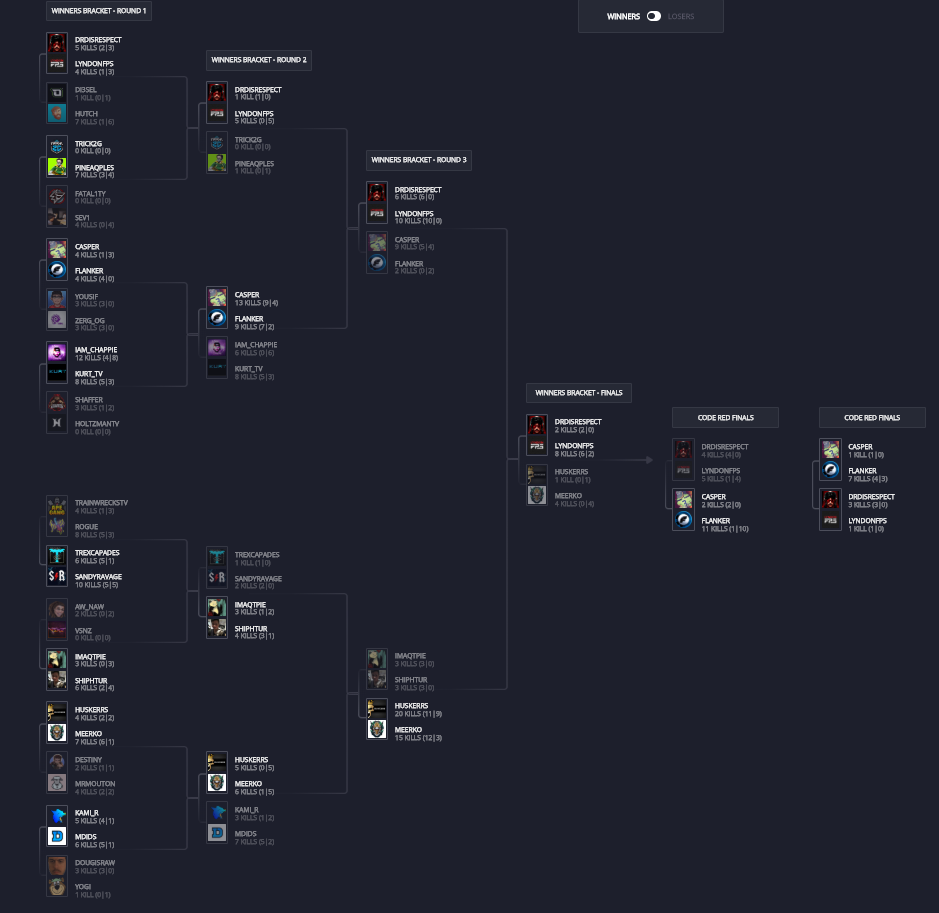 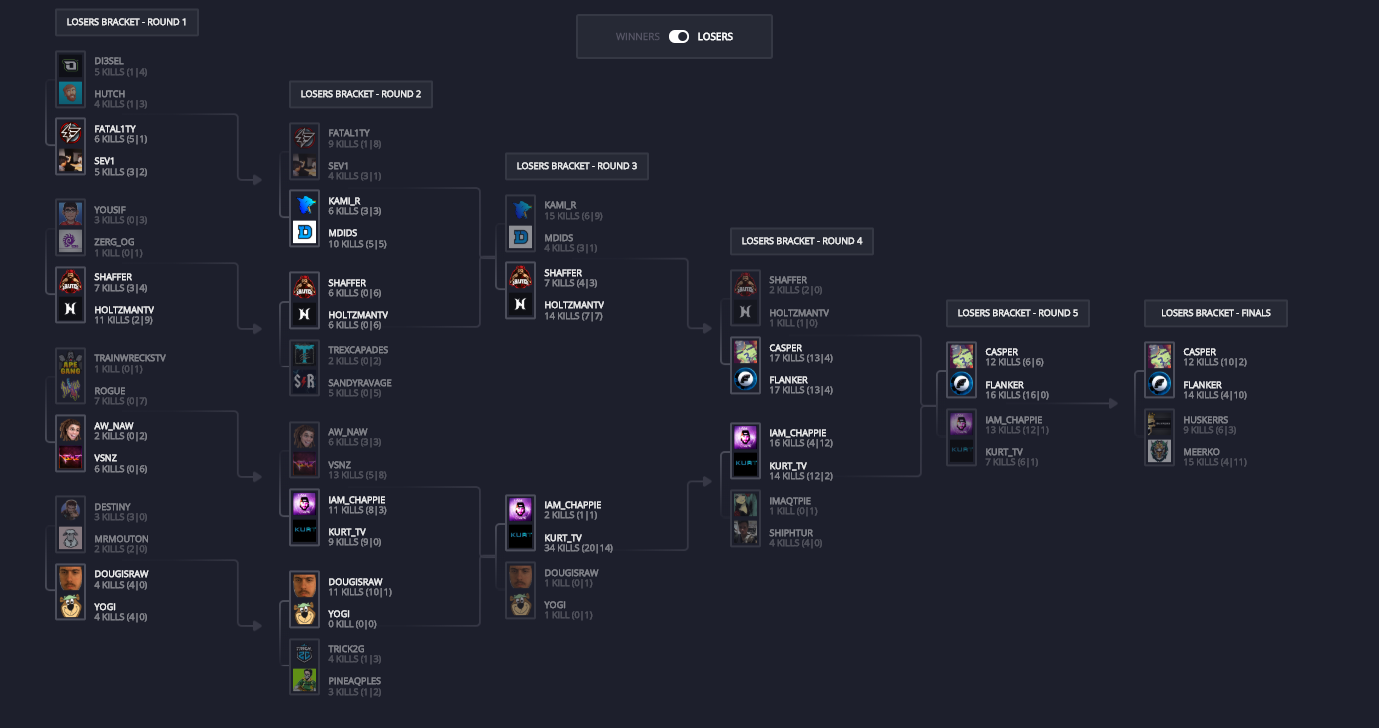 Code Red features 16 teams of two, or duos, competing against each other in a double-elimination bracket. This competition uses the popular “total of two” format which involves opposing duos to queue together in two public Squads matches and race to see who will finish with the more eliminations.

The duo with the more combined eliminations after the pair of matches advances to the next round. If the kill count is tied after the two games, a third will be played where the first duo to reach a total of five kills will advance. If neither team gets five kills, the team with the most kills advances. If there’s another tie, the process will be repeated until a winner is decided.

As for the rules, teams can be forfeited for committing sabotage, which is defined by doing any of the things listed below:

The tournaments normally feature some of the biggest content creators and pro players for the game its being played for, and numerous prominent esports organizations are often represented.