Star Twitch streamer Nick ‘NICKMERCS’ Kolcheff hosted another run of his popular MFAM Gauntlet Warzone tournament series on July 22, this time for Duos, and we’ve got everything you need to catch up on all the action.

Thanks to backing from Activision, NICKMERCS has been able to turn his fan-favorite MFAM Gauntlet Warzone competitions from a monthly event to a weekly affair.

Following the Trios tournament that took place on July 14, this next one focused on Duos, once again featuring some of the biggest names in both gaming and other areas of entertainment.

From Call of Duty League pros to UFC Champions, teams were stacked in the Duos competition but only the best could advance to the finals bracket. Many of the biggest names were knocked out contention early as they failed to find a huge amount of opening points. Even Call of Duty veteran and popular Warzone streamer TeePee and Bobbypoffgaming missed out on the bracket by just five points.

Brothers and Royal Ravens teammates Wuskinz and Skrapz both found themselves in the final leg of the event. However, they appeared on separate teams and were forced to square off in the first round of bracket play. Ultimately, Tfue and Wuskinz trumped Vikkstar and Skrapz to advance into the semifinals.

While results were extremely close throughout the final matchups, it was Team DougisRaw and Team HusKerrs that made it through to this week’s grand final series.  The first game was extremely close with both teams finding a ton of kills. It was the second round where DougisRaw and UnRationaL pulled away with the lead, however. Doug managed to secure the most kills of the event in order to give his team the edge and win the final series in impressive fashion.

The full standings and final bracket for this tournament can be found on the official MFAM Gauntlet website and was updated throughout the event as results came through.

There were a total of 22 teams of two competing in this week’s tourney, including star streamers, YouTubers, Call of Duty pros, and athletes.

NICKMERCS himself was participating, playing alongside longtime teammate and friend NioRooch, while an additional slot was also reserved for the winner of the qualifier tournament that took place on Monday.

As one of the biggest streamers on Twitch, NICKMERCS is able to attract a lot of big-name content creators for his MFAM Gauntlet Warzone events.

The MFAM Gauntlet is split into two halves – the first is a timed portion in which teams race to score as many points as possible, and the second is a knockout bracket that determines who is the overall winner and which Duos end up placing in the money.

In the kill-race phase, teams earn points based on a scoring system that’s based on both eliminations and placement, with each kill being worth one point. 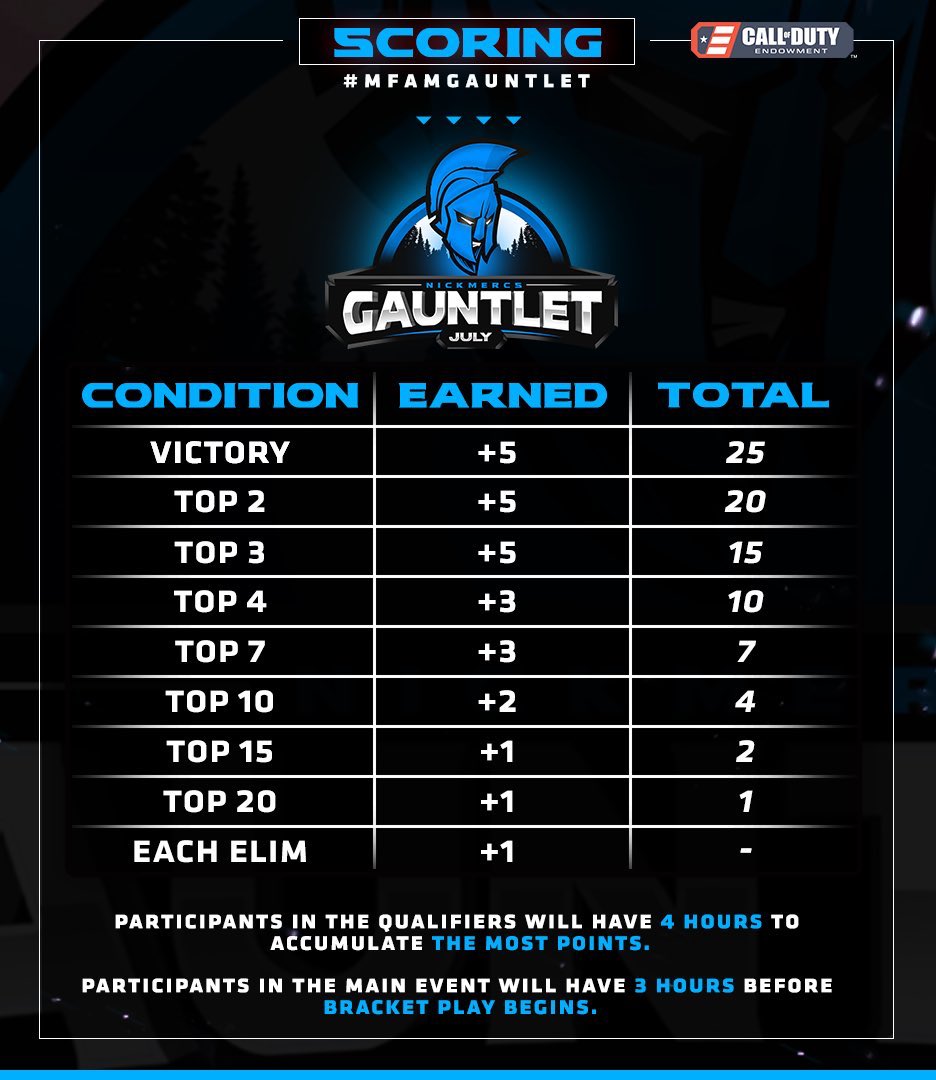 Once the three-hour time limit is reached, everyone submits their five best games and the top eight teams in the leaderboard then get seeded into a single-elimination bracket for the knockout phase, which will be a head-to-head matchup between two Duos in the same Quads lobby.

So, while they may be teammates in-game, for the purposes of the tournament, the matched-up teams go against each other, with the objective of trying to get more eliminations than their opponents.

The bracket portion determines the champions and overall final placements, with the $20,000 prize pool being split between the top six duos and an additional $1,000 going to the individual player who had the most eliminations. 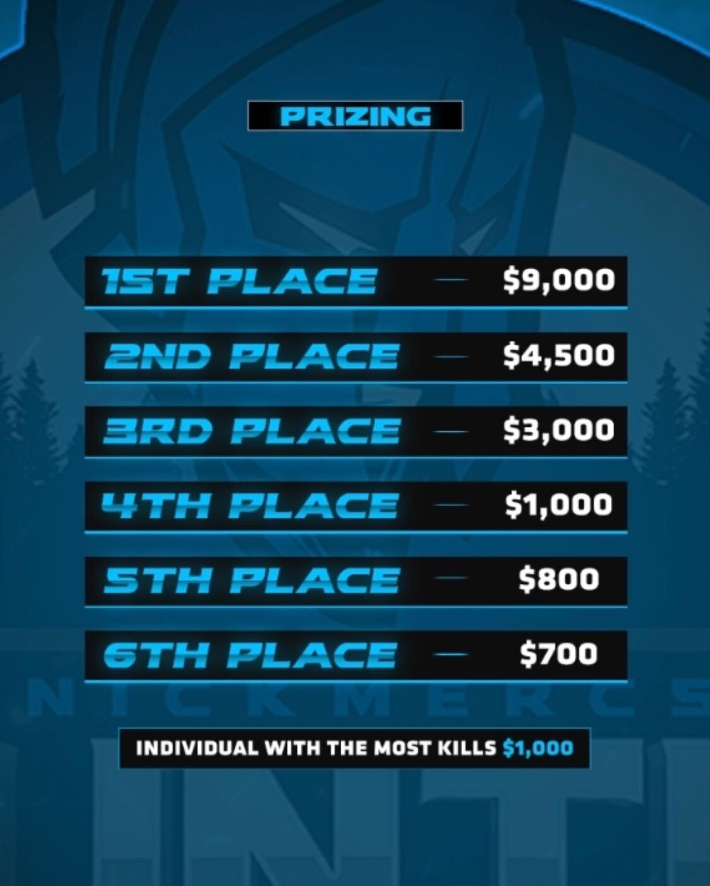 Make sure to follow us on Twitter @DexertoINTEL for updates on future tournaments and all of your every-day Call of Duty news, guides, leaks, and more.