Call of Duty pro Donovan ‘Temp’ Laroda has lashed out at opponents Enigma6 as “garbage” ahead of this week’s CWL Championships in Los Angeles. E6’s KiSMET has since responded, firing back shots of his own.

Temp is known in the competitive CoD scene for his incredible passion and raw talent. Despite having never won a major tournament, Temp is never afraid to vocalize his feelings, a trait he demonstrated once again on August 11.

Ahead of major tournaments, many pro teams meet up to scrim over LAN in order to maximize the standard of practice prior to the event. However, rivalries often come through these LAN clashes, particularly at such a key point in the CoD season. 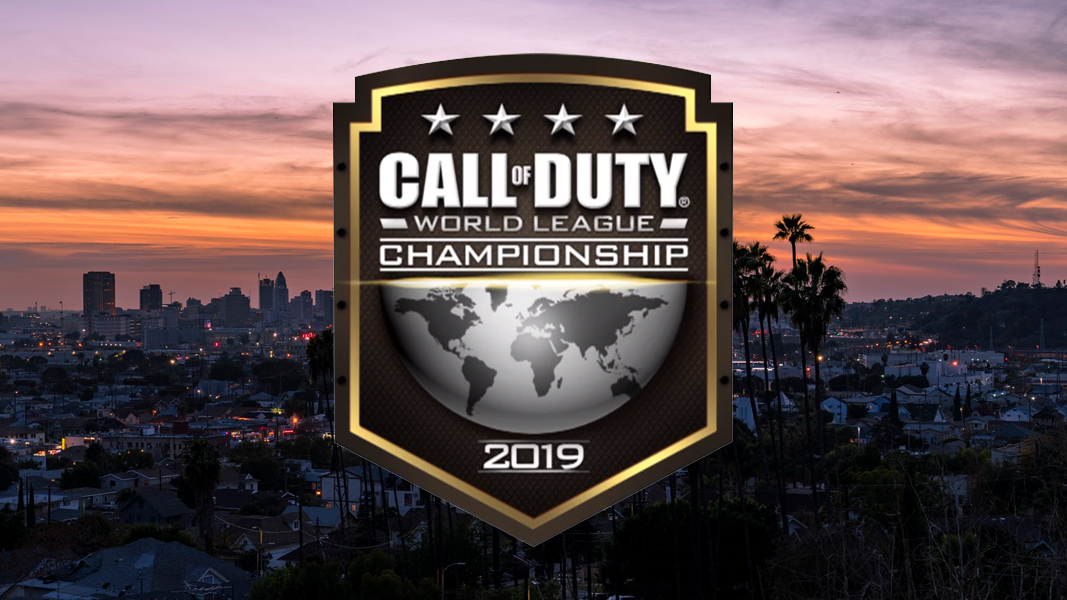 Matthew ‘KiSMET’ Tinsley is a SMG slayer for Enigma6,who burst onto the professional scene during last year’s CoD: WWII, and has quickly established himself as a vocal, passionate competitor. On August 11 though, Temp was labelling him as “garbage” on social media, following matches between the two as they prepare for this week’s tournament.

Temp replied, stating: “We (Splyce) are winning every map we play versus them in scrims, getting outslayed by 20 because they are just lost.” 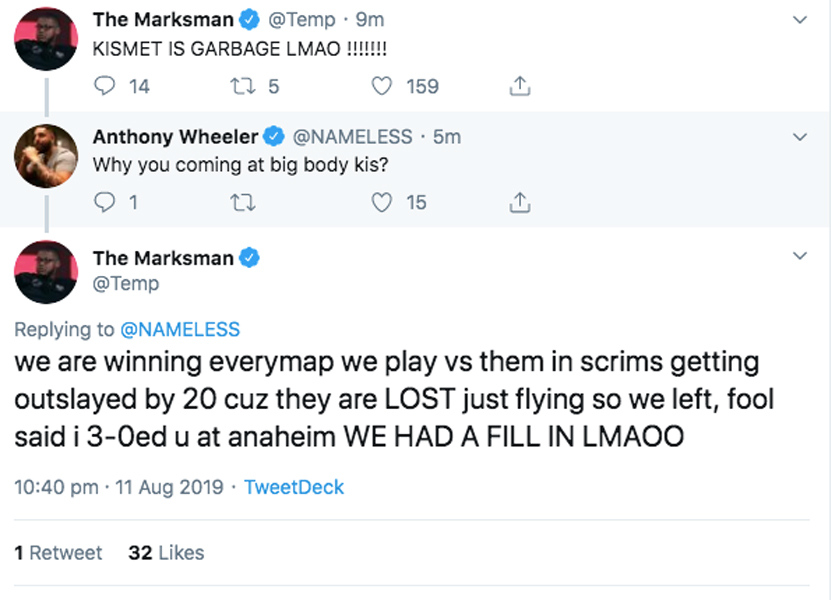 “Fool said ‘I 3-0ed you at Anaheim’ – we had a fill in lmao,” Laroda finished. Enigma6 beat Splyce 3-0 during CWL Anaheim’s pool play, as they topped Pool C with a perfect 3-0 record, while Splyce finished Pool C in last place, ending with an 0-3 record.

However, as Temp points out, Splyce were playing with a substitute. Nick ‘Nolson’ Nolson was standing in for the absent Lamar ‘Accuracy’ Abedi.

KiSMET seemed unaffected by Temp’s insults, responding with his own Twitter jabs. He posted a video showing Splyce rotating during a Hardpoint scrim, in which all five teammates push through the same choke-point.

It’s fair to say that neither KiSMET nor Temp are backing down, and both seem pretty confident in their own abilities going into Champs.

Enigma6 are in Pool B alongside Gen.G, Team War and Fuego Gaming. Splyce are in Pool H with Team Heretics, Aspire Esports and Hybrid Gaming.

A match-up between the two sides at CoD Champs would undoubtedly be a heated affair. However given the way the pools have been drawn, it seems unlikely that we’ll see the two teams meet – unless they manage to find one another in the Losers’ or Winners’ bracket.