The announcement came on October 4 during the latest episode of Splyce’s show, called ‘The Splyce Assembly.’ The news was also posted on the org’s official Twitter page.

“Excited for this new season with the new squad,” tweeted out AquA. “Shout out to ‘RyanFoolz’ for taking care of us and making us feel welcomed.”

Despite the announcement, news of of Temp and AquA’s recruitment to Splyce had actually already been well established within the CoD community, as newcomer Loony, who was announced on October 3, had accidentally leaked the full roster in a tweet that has since been deleted. 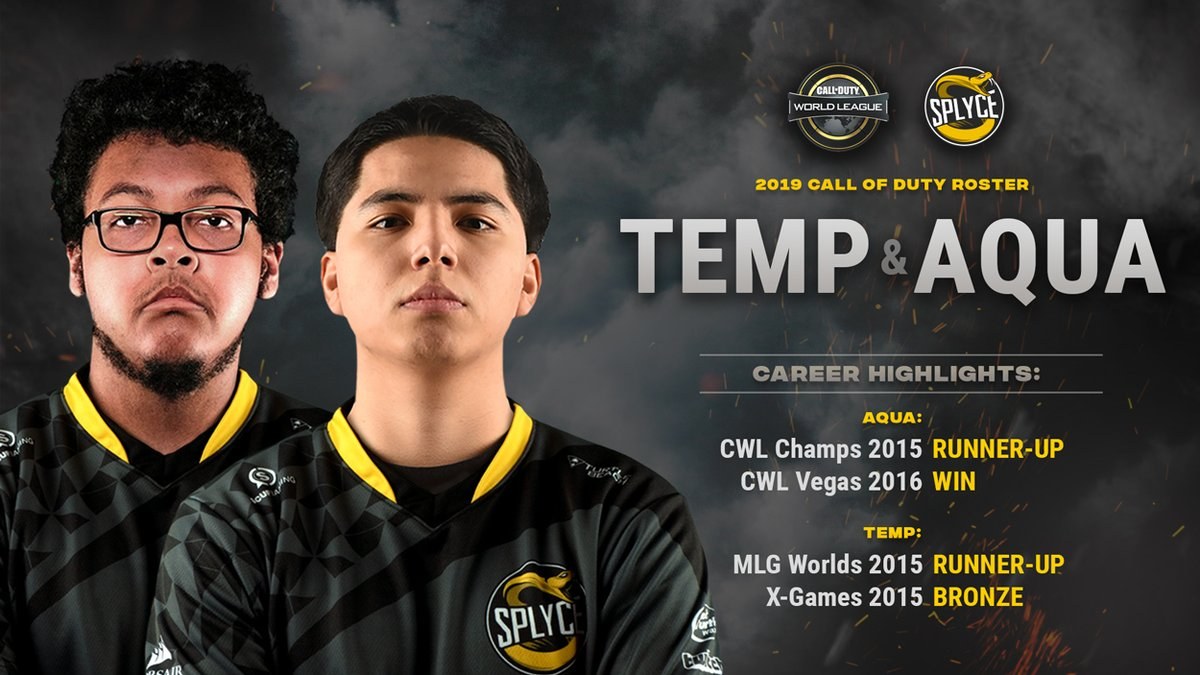 Both Temp and AquA finished the WWII season with Echo Fox, after the former arrived mid-season from Team EnVy to take the place of Assault, who had moved to the eventual World Champion Evil Geniuses.

After Temp’s arrival, the team managed to achieve some success, placing fourth at CWL Seattle and qualifying for the CWL Pro League Stage 2 Playoffs.

“Couple of things I would like to say before I go back into twitter retirement,” tweeted Temp. “Thanks to Echo Fox and ‘RyanFoolz’ for everything and making this off-season process go smoothly. Best org I’ve played for so far.

Splyce, whose CoD teams in the past were based in the EU region, have taken full advantage of the new lack of geographical restrictions in the CWL, putting together a multi-regional roster that is full of leadership, talent, and championship level experience.

The org will hope that this new lineup will bring them back to the pinnacle of CoD esports, after what was a difficult end to the WWII season.