There are rumors swirling that the London Royal Ravens are dropping their entire roster from the 2020 Call of Duty League’s season, but star man Matthew ‘Skrapz’ Marshall has since responded to the speculation.

With the 2020 CDL season now officially in the books, the freight train that is Rostermania has begun churning its wheels for what many expect to be a news-filled offseason period.

The league’s decision to shift the competitive format back to 4v4 for 2021 means that at least 12 players (one from each team) will lose their starting job. The first casualty of this change was James ‘Clayster’ Eubanks, who hit free agency after the Dallas Empire shockingly made him the odd man out of their championship-winning squad.

Now, it appears that the entire Royal Ravens roster – the same one that led them to a surprising fourth-place finish at Champs – could suffer the same fate.

Could the entire London Royal Ravens starting CDL roster be gone in 2021?

On September 1, Bradley ‘wuskin’ Marshall was overheard talking to Skrapz on stream, and after wuskin held the phone close to his microphone for his viewers to hear, his twin brother said, “We’re free agents on the 13th.”

Not many of his audience bought it at first, thinking that the veteran was joking around, but wuskin stated again that he’s “not trolling” and that he had a call earlier in the day confirming the situation.

However, when these clips began going viral on social media, Skrapz stepped in to address all the speculation and clarified that what his brother had said isn’t as dire as it sounds.

According to the former FaZe Clan pro, the reason why he and his teammates are technically becoming free agents is that they’ll be given an opportunity to negotiate new contracts ahead of next season.

He followed that up by also directly denying that wuskin had been “fully dropped.” 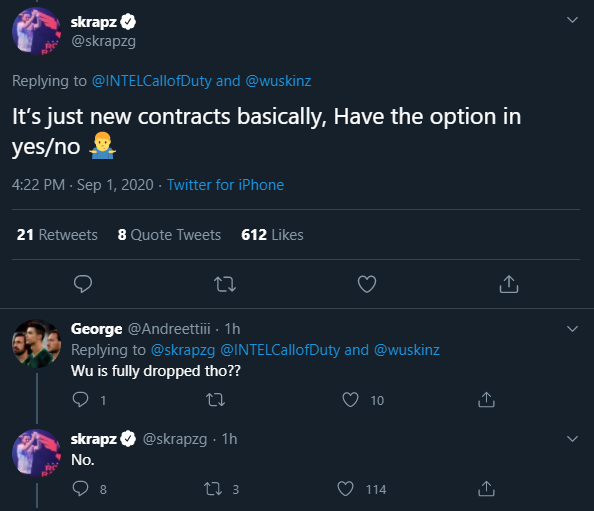 According to the league’s rules regarding this offseason, any player who doesn’t get extended by September 6 automatically gets their contract terminated and becomes a free agent. That’s not to say, of course, that those players will have to leave.

Instead, they can simply negotiate and sign a new deal with that team, maybe for more years, money, or both – and this appears to be what’s happening with the Royal Ravens, at least according to Skrapz’s tweets.

It certainly makes sense, as well; it would be hard to imagine that the London franchise would want to get rid of the squad that got them to the final four in the Championship Weekend, especially since they’re all from the UK. 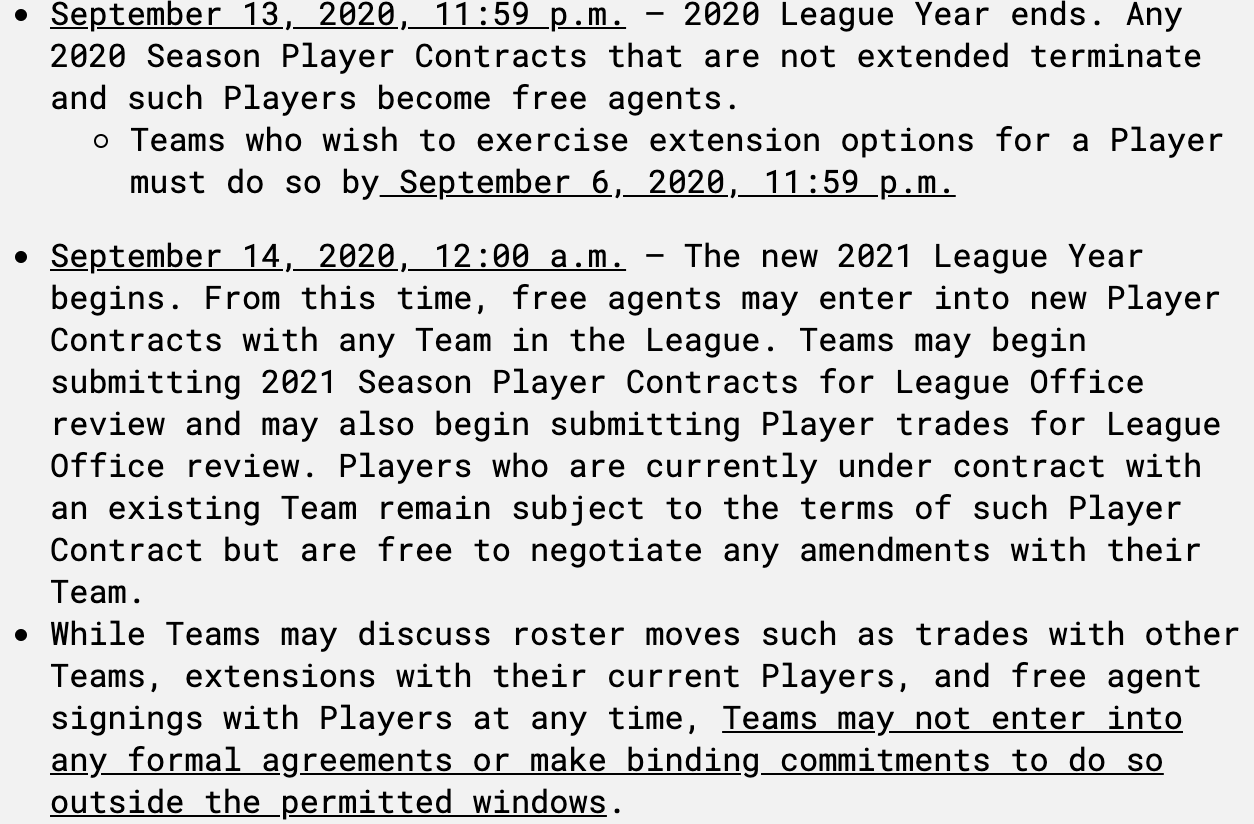 The CDL’s official rules for this offseason and roster change period.

All that said though, the roster won’t be completely devoid of casualties: Veteran pro Jordan ‘Jurd’ Crowley announced on September 1 that he’s an unrestricted free agent for the 2021 season, meaning he’s been fully let go by the organization.

Jurd started the season as a starter for the team but was benched to make room for Trei ‘Zer0’ Morris, who was acquired midseason from the New York Subliners.

However, at the time of publication, it would appear that Crowley is the only player at the moment who’s actually leaving the team. That will change, of course, because Royal Ravens will have to decide who from their starting five they’ll be demoting ahead of the switch to 4v4.