In a candid interview with NRG Esports, Chicago Huntsman Seth ‘Scump’ Abner talks at length about the rivalry between his team and the Dallas Empire, the beef between himself and former teammate Ian ‘Crimsix’ Porter, and how he handles drama in Call of Duty in general.

There’s no such thing as the calm before the storm in Call of Duty. The pre-season to the inaugural Call of Duty League year has been rife with drama, beef, and plenty of trash talk. A lot of the drama centers on the beef between former teammates Scump and Crimsix.

The former squadmates won a lot of championships together on OpTic Gaming, but Scump insists that Crimsix didn’t contribute nearly as much as his other teammates. 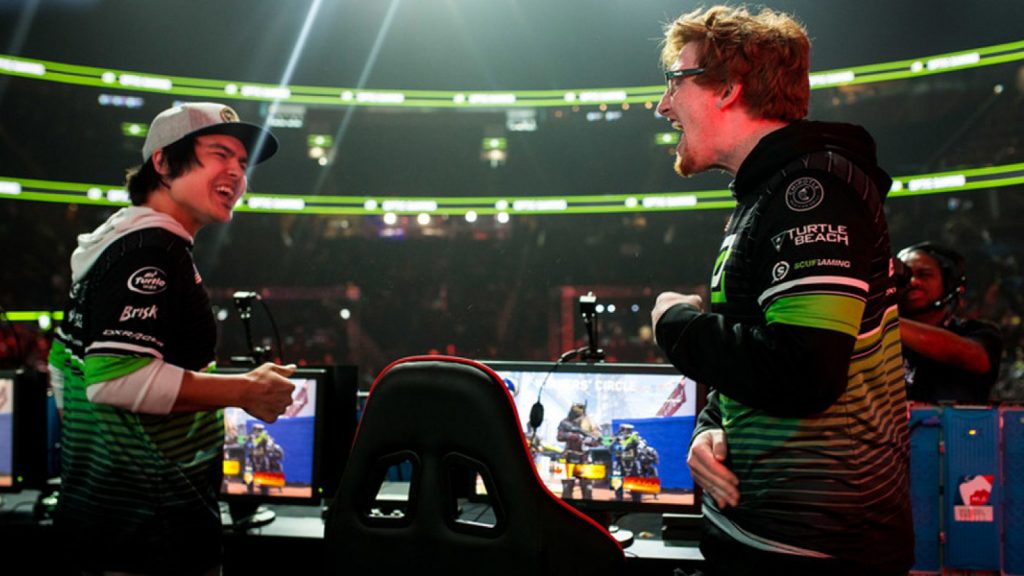 FormaL and Scump during their championship OpTic days

Scump does say that Crim “did his part” during that title reign, but holds on to the belief that “we [him and FormaL] were the ones really frying people.”

The Chicago star said that he understands why the beef exists in the first place, comparing it to “a bad breakup,” but says that the rivalry between the two teams has been boosted from the top.

Scump is no stranger to talking trash, but argues that he only will respond to things when provoked. At this point in the Crimsix beef, he believes the whole situation is “dumb, corny, and played out.”

According to him, the Call of Duty scene “is still a very childish scene,” but he was candid about a time in his life when he didn’t display the ideal amount of maturity. He spoke about a time in 2011 when he desperately wanted to get off his team before MLG Dallas.

“I was begging them to drop me. I hated my team, I thought we sucked. I was really arrogant at that age, I was kind of a diva. But I didn’t want to play with that team. I took a nap after school one day and I woke up to being dropped from the team.”

Following that, Scump at the age of 15 joined up with Quantic LeveraGe, and the rest is history.

Following the historical discussion, Scump gave some short early impressions on his upcoming CDL competition. He thinks FaZe and the Royal Ravens are full of talent and potential, and says the Seattle Surge is a “smart, calculated good team.”

He doesn’t anticipate that OGLA will struggle for much longer, and picked the Minnesota RØKKR as his darkhorse candidate. Unsurprisingly, he called the Dallas Empire “cocky and arrogant” but isn’t discounting them as a subpar team.