After months of anticipation, Treyarch and Raven Software officially unveiled the next entry in the Call of Duty franchise, Black Ops Cold War, and the reveal was mostly met with praise from professional CDL players.

After remaining completely silent for months on end, publisher Activision and developers Treyarch finally pulled back the curtains on Call of Duty: Black Ops Cold War during the first-ever live event within Warzone.

Black Ops Cold War’s trailer received a mostly positive reception, with many in the community praising the game for its impressive visuals and interesting setting, as well as the return of classic characters like Woods, Mason, and Hudson.

Beyond the casual fanbase, however, the professional community was also watching as well, and many Call of Duty League professional players posted their reactions about the series’ next installment.

Needless to say, while pro players do enjoy many of the casual aspects of Call of Duty games, their main focus and priority is on the competitive side.

While nothing about the multiplayer was announced in this August 26 reveal, it still gave the chance for CDL stars to get a feel of what to expect when Black Ops Cold War drops on November 13.

Here are the reactions from some of the pro scene’s biggest stars, including the likes of the Huntsmen’s Scump, FaZe’s aBeZy, OpTic Gaming’s Dashy, and more.

That was dope. Well done @Treyarch

So excited for another Treyarch CoD? They never let us down

Probably one of the best CoD trailers we have seen yet, Treyarch truly never disappoints #BlackOpsColdWar

Reveal was dope, hoping back on bops 3 for more snd challs! https://t.co/tu6B5c3SNe

Of course, as mentioned above, these reactions were only to the first trailer of the game. With the full multiplayer reveal set to take place on September 9, that’s when a lot of these pro players will get a good look at what they’re going to competing with when the second season of the Call of Duty League kicks off.

There are a lot of announcements still to be made, especially when it comes to the competitive side of Black Ops Cold War, and despite all these positive initial thoughts, these players have their own wishlists for what they want in the 2020 title.

For example, the aforementioned Scump layed out what he thinks will make BOCW the “perfect” CoD, one of which is a return to 4v4, which a lot of his league-mates have also expressed. Competitive Call of Duty officially transitioned to a 5v5 format in 2018 when Black Ops 4 was announced, but that decision has since been met with mixed reviews, at best. 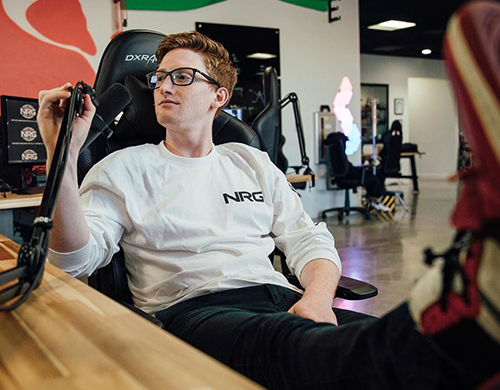 Scump wants Black Ops Cold War to have a 4v4 competitive format, which has been echoed by other players as well.

All in all, given the early positive reactions to their game, it seems like Treyarch might have another hit on their hands. With Modern Warfare not being thought of highly by the competitive player-base, especially at the professional level, it may not take much to get the support of the pros this time around.