History has repeated itself, as another internal GameStop leak appears to show the reveal date for Call of Duty 2019, similar to how the Black Ops 4 reveal date was also leaked back in 2018.

With the calendar year having reached May, there is still no official word on which game will be the 2019 installment of the popular Call of Duty series.

However, the pile of leaks, rumors, and speculation continues to grow larger and larger, with all signs pointing to Modern Warfare 4 being the next game.

The latest leak comes courtesy of a GameStop employee, who has posted images of what appears to be an internal stock service from where company employees can order special shirts called ‘Employee Tshirt CoD Reveal.’

Under each individual size option for the shirt, there is a description which includes the date on which the shirt can first be worn. Some of the shirts’ descriptions have May 28, while others show June 4. 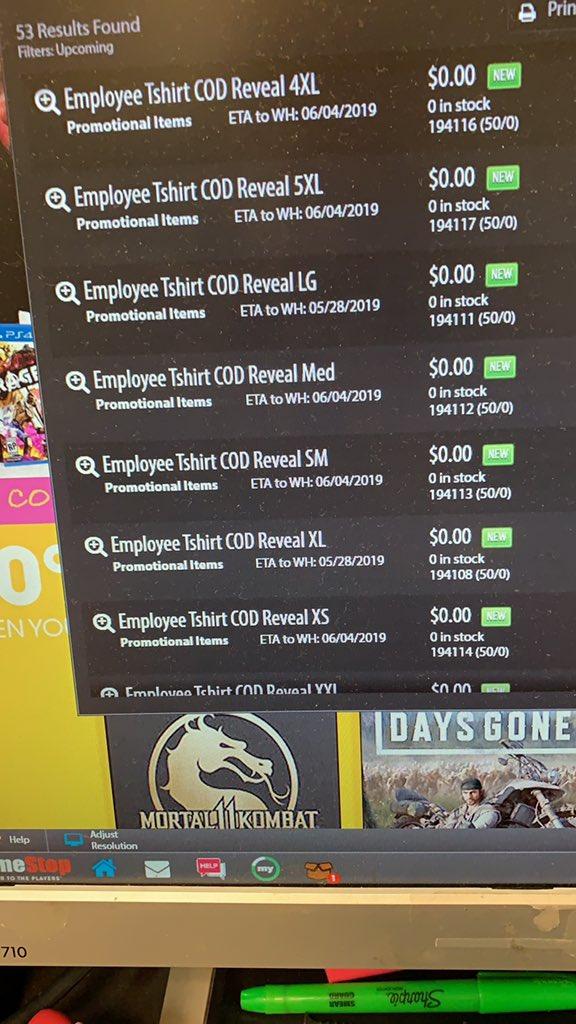 According to this GameStop leak, CoD 2019 will be officially revealed sometime between May 28 and June 4.

Both dates from the image above would make a lot of sense considering that Activision have already confirmed that the next CoD game will be officially announced by the end of the current quarter, which ends on June 30.

Whichever of the two dates it does end up being revealed on, it will be the latest since Advanced Warfare was unveiled in May, 2014. Since then, three of the four games have been announced during April, with Black Ops 4 being first revealed in March.

Considering that no CoD game has been first announced later than May 27 (Modern Warfare 3), it’s more likely that May 28 will be the date when Modern Warfare 4 first gets revealed. 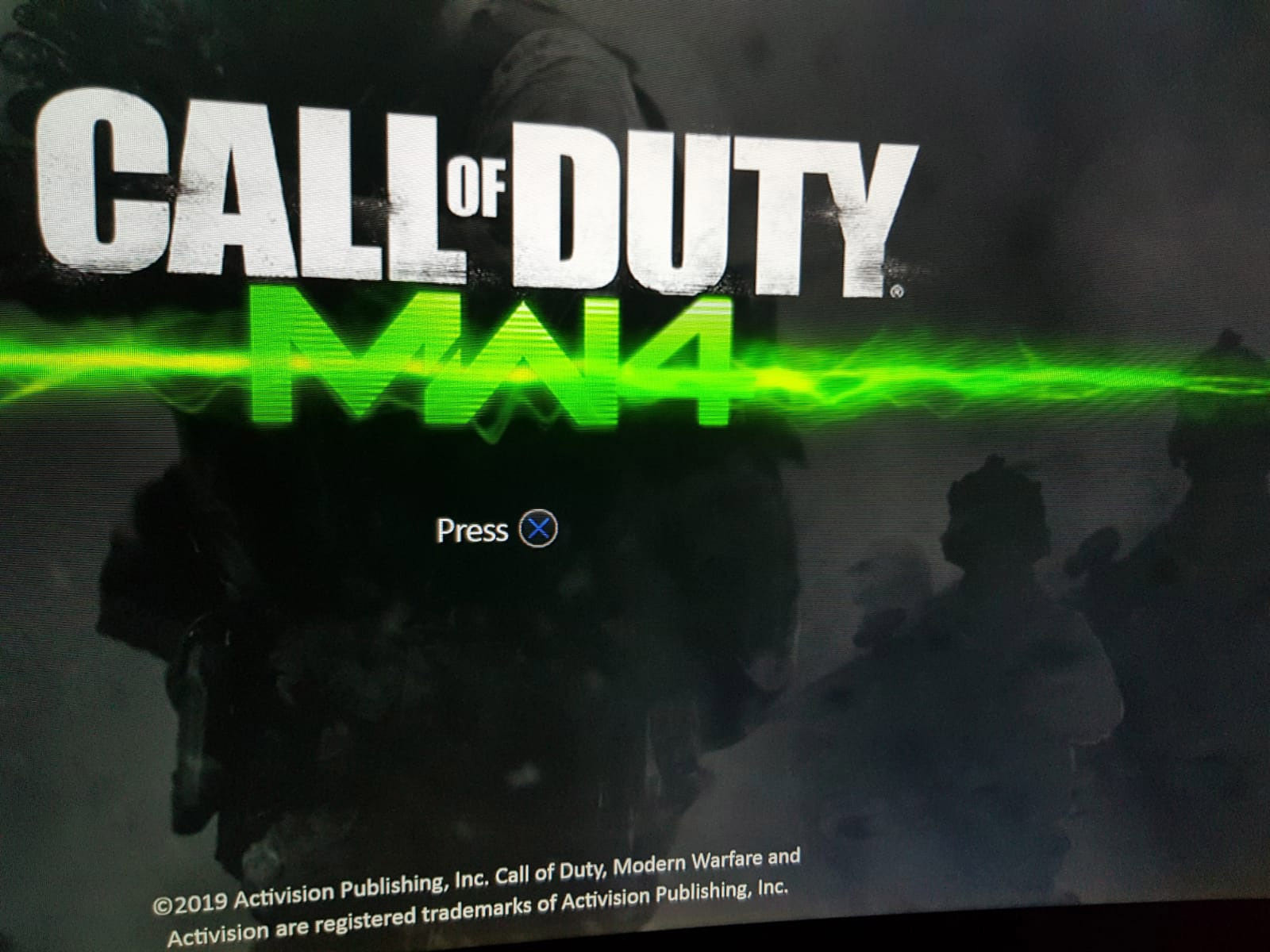 Leaked images like this have convinced fans that Modern Warfare 4 will be the next CoD game to be released.

Another thing that adds credibility to this GameStop leak is the fact that it wouldn’t be the first time information from within the company has revealed information about an upcoming CoD title. 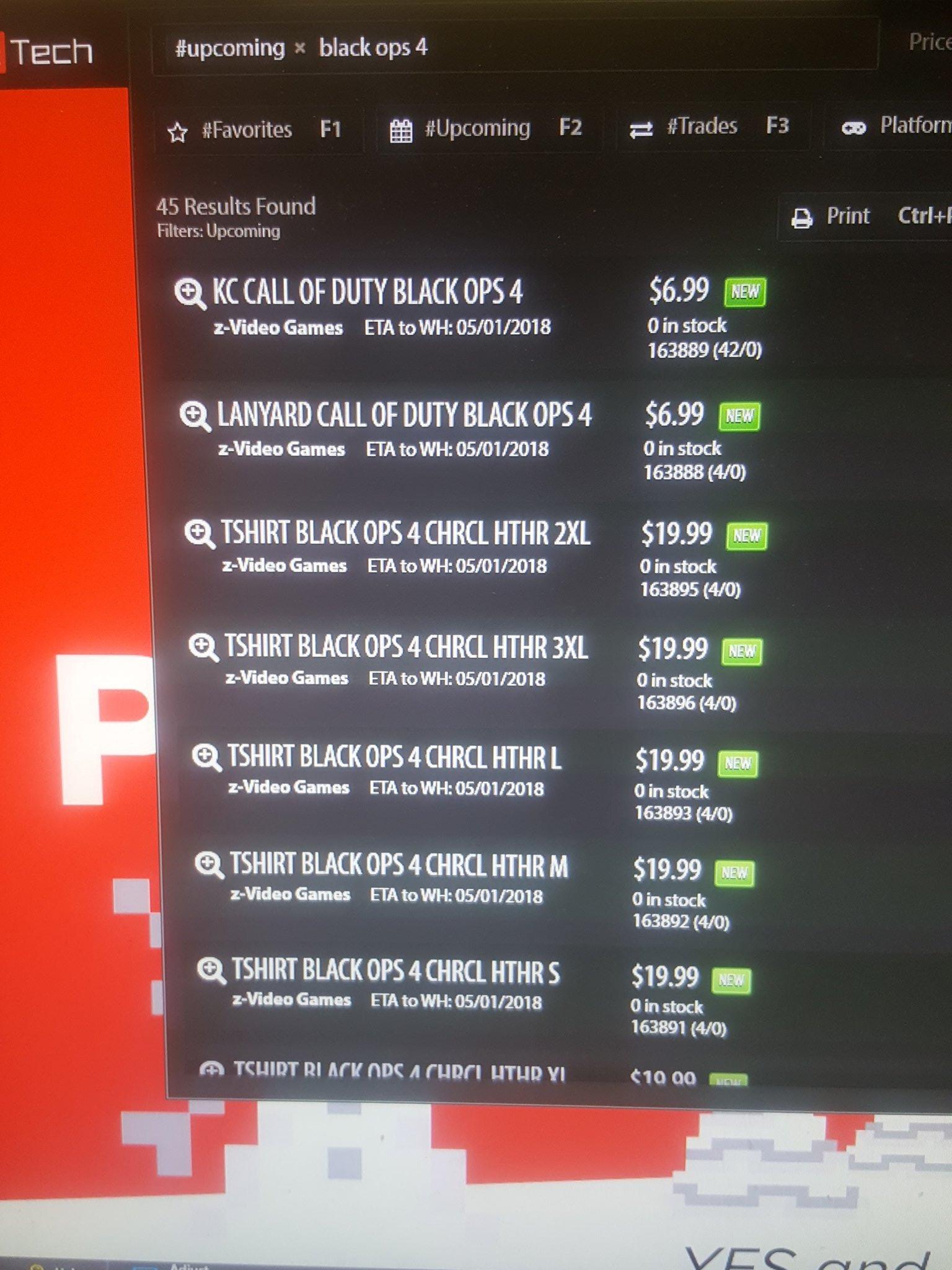 Last year, GameStop leaks revealed the name of Black Ops 4 before it was officially revealed.

With so many leaks, rumors, and comments made on social media in the past few weeks, it would come as a major shock if MW4 does not end up being the 2019 release.

We’ve recently seen the Co-Design Director of Multiplayer and Infinity Ward post a cryptic response to keeping MW4 “simple,” which was followed by a former Infinity Ward employee dropping major hints about the next game.

All that said, of course, there still hasn’t been anything officially announced, so until then, we’ll just have to wait and see.