Team Reciprocity made a big announcement on March 1 as they added Black Ops 4 phenom Dylan ‘Dylan’ Henderson to the starting lineup ahead of the CWL’s first big event in 2019.

It seems like the RECpack will look to make a splash at CWL Fort Worth on March 15 as the young talent will be raring to go for his first event with his new squad.

Speculations of him signing with a new squad arose after the young gun tweeted a simple plane emoji February 28, sending fans of the up-and-comer in a craze to see which org he would be joining.

Can't wait to start grinding, Excited and thankful for @ChadLarsson giving me this opportunity https://t.co/jR7QHhbv4c

Dylan previously played for British org Team Sween, who barely failed to qualify for the Pro League in a group that saw Reciprocity make it through.

Now the 19-year-old will hit the ground running with his new org during CWL Fort Worth as Team Reciprocity sit in a group with stiff competition in OpTic Gaming, Team Envy and eUnited in Pool D. 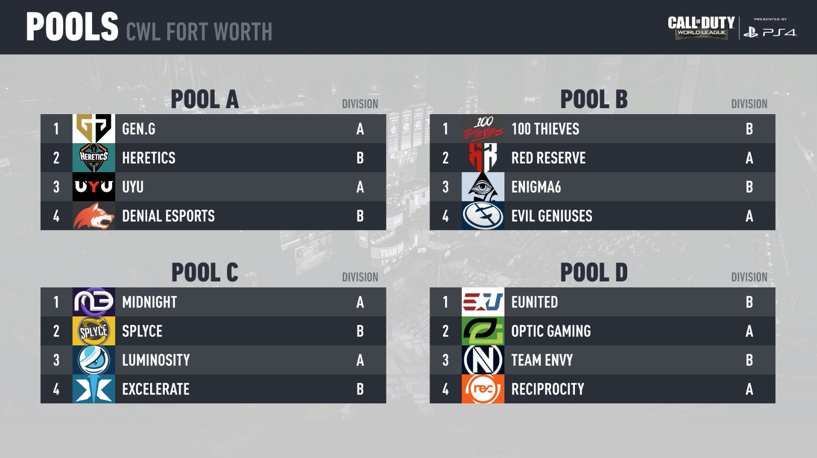 Seems like Dylan and Team Reciprocity will be put through the grinder, as they’ll look to put up some good results against heavy competition.

In the same announcement Team Reciprocity indicated that ‘DenzJT’ will be slotted on the bench, but the org plans on keeping him for the future.

Although it’s unclear what position DenzJT will hold after the team’s change in line, he was vocal about his support for the new look of the squad.

Saw our pool last night and straight away made a couple calls to management that Dylan could play for me, I don’t want to be involved in that. On a serious note, excited to see what these guys can do https://t.co/x1vDNAbKKY

Team Reciprocity is currently sitting at 2-5 in the CWL Pro League and seventh place in Division A, but will look to grow its talented lineup throughout the season.