Promotional displays for the upcoming Call of Duty: Black Ops 4 confirm that the marketing team have changed their stance on the controversial Black Ops Pass, making it available separately at launch.

When the ‘Black Ops Pass’ for the upcoming release of Black Ops 4 was first announced, fans were no happy to discover it was only available with special editions of the base game.

Not only that, it was also revealed that DLC packs would not be available to purchase separately, meaning the only way to get access to paid DLC was to purchase the Black Ops Pass as a one off.

There was one positive to this approach; that DLC map packs would not divide up the player base between those who buy them and those who don’t, but it still felt like a ruthless tactic from Activision.

It looks like pressure from the community has meant that it will now be available separately at launch, at least according to this promotional display, which states ‘Available 10.12.18″ 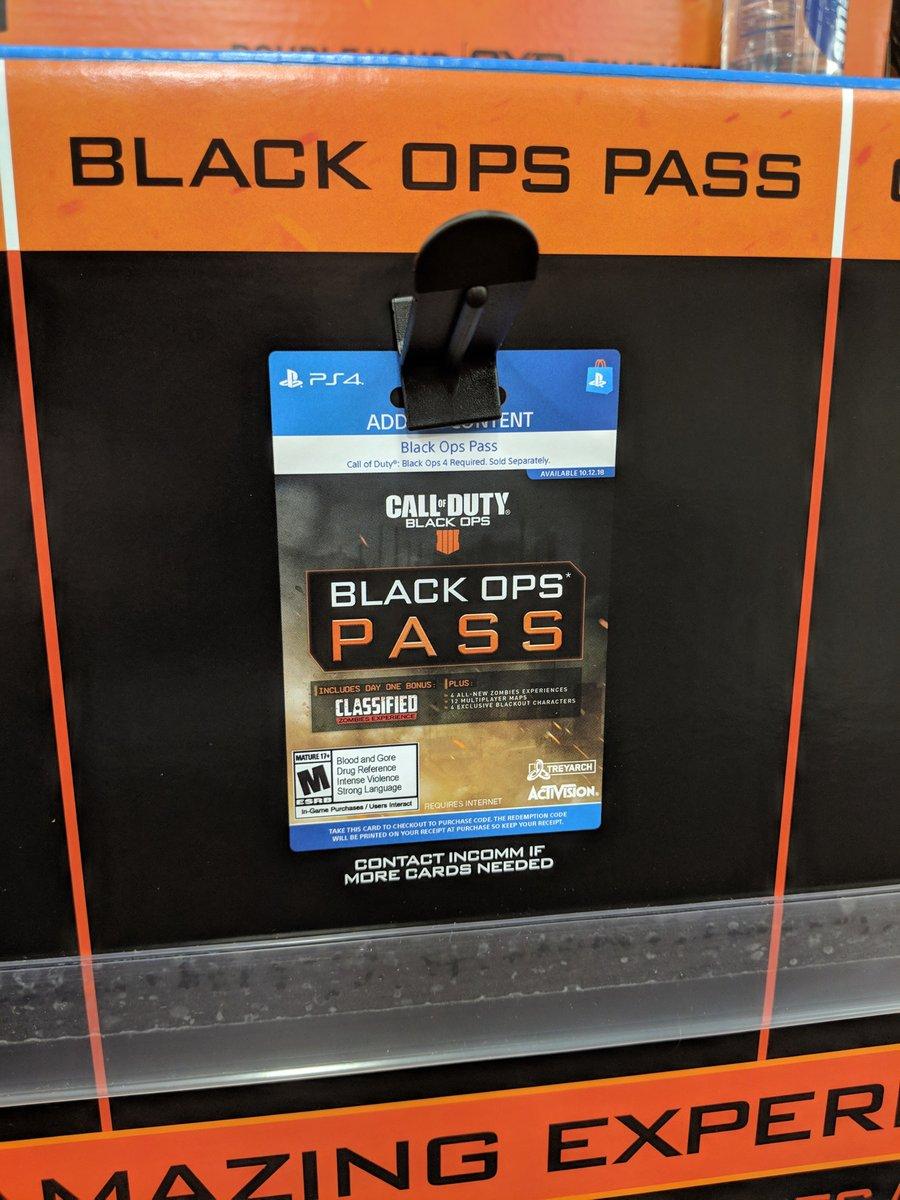 The price of the Black Ops Pass is still unknown, but it is very good news that players will be able to purchase any version of the base game, event the standard, and still be able to enjoy all the paid DLC content.

Interestingly, the Activision Support FAQ page still states that the Black Ops Pass will be available at a later date, but it is likely it has just not been updated.

If you have already pre-ordered a standard edition of the game, it looks like there is no need to cancel and order a special edition if you want the Black Ops Pass, instead just purchase it separately at launch.