With 2019 now in full swing, it’s almost time for the CWL Pro League to get underway, starting with deciding what the pools will be for the Pro league Qualifiers.

The CWL Pro League will begin on February 4 and will feature 16 of the best Call of Duty teams facing off in the newly-reformed league.

Four teams – OpTic Gaming, eUnited, Splyce, and Luminosity Gaming – have already locked in spots based on their performance at CWL Vegas, but there are still 12 spots left to be decided.

Those 12 spots will be decided during the Pro League Qualifiers between the other 28 teams who placed in the Top 32 at CWL Vegas.

The CWL held an official livestream to sort the 28 teams into their respective pools ahead of the Qualifiers that are set to kick off on January 16.

The other three teams from each pool will then move to a double-elimination playoff to decide the final four spots in the Pro League. 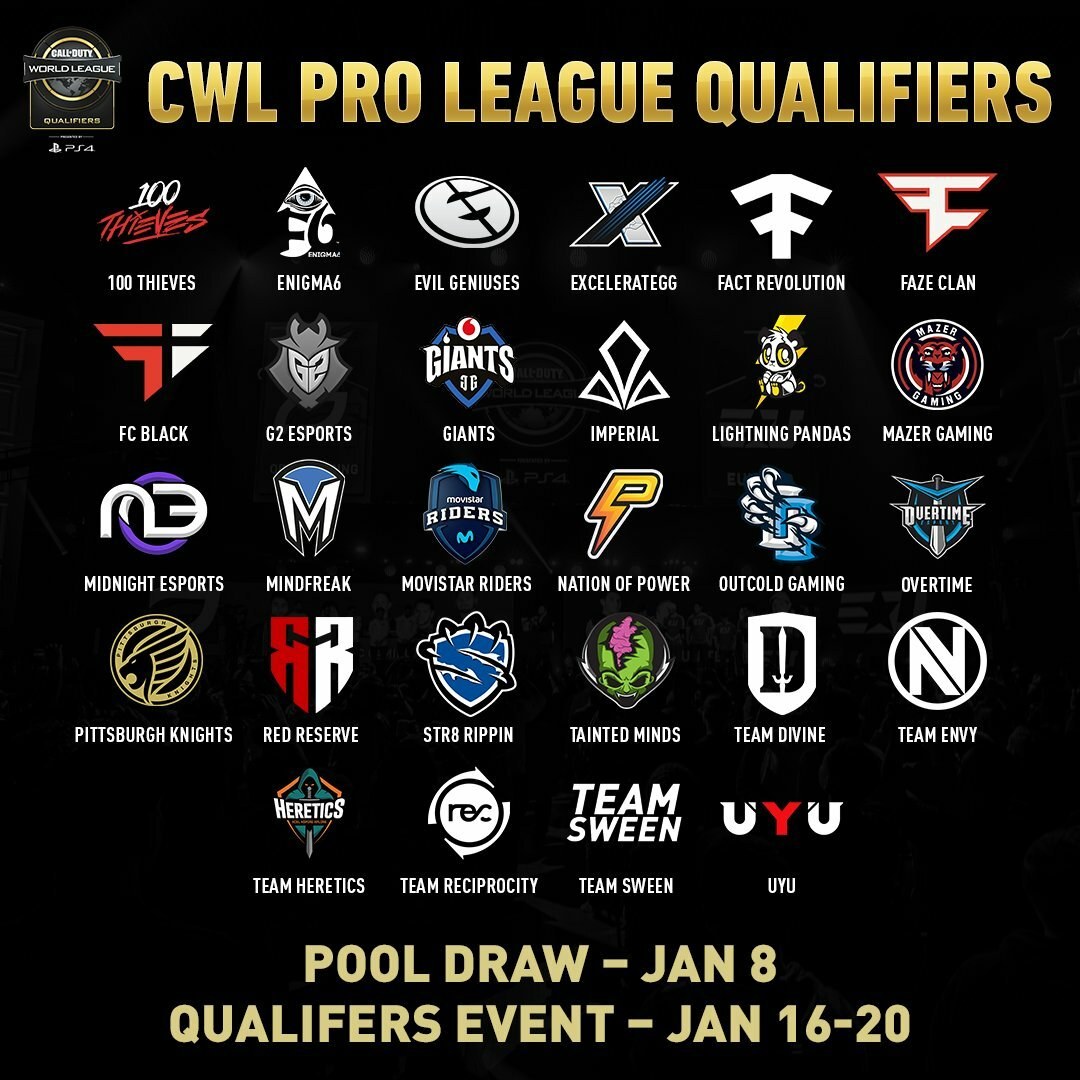 The Pro League Qualifiers will officially begin on January 16 and will run until January 20.

For everything else you need to know about the Pro League Qualifiers, be sure to head over to our official hub.