Call of Duty veteran Chris ‘Parasite‘ Duarte has offered his own explanation for why he’s faced a lack of opportunities to compete at the highest level over the past few years, going into franchising.

With Call of Duty esports transitioning to a franchised league starting next season, a lot of players are scurrying around to secure a spot for themselves in one of the 12 confirmed participating organizations.

While the best players in the world have very likely been barraged with lucrative offers from many teams, there are still some who haven’t seen nearly as many takers.

One such player is Parasite, a longtime competitor who’s been around the scene for nearly a decade, but who many believe is on the down-slope of his career at this point.

The veteran expressed his frustrations about that in a mini-rant on Twitter on September 18, which he later ended up deleting, partially putting the blame on those who can’t let go of the mistakes he’s made in the past. 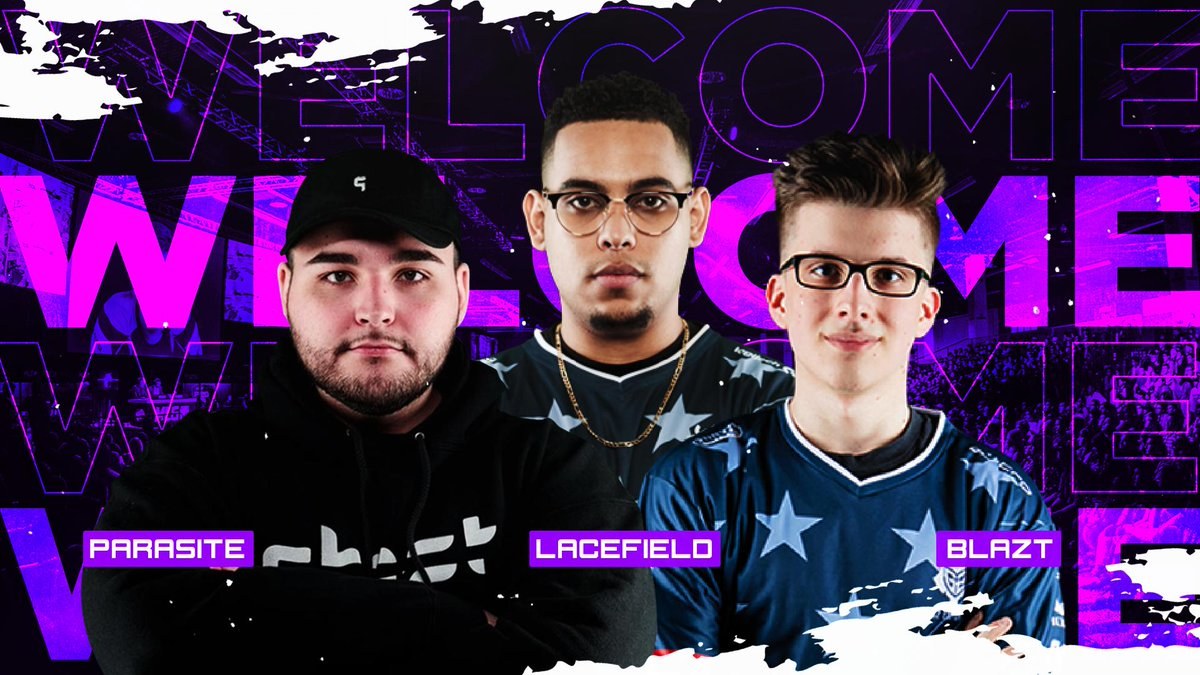 Parasite spent the second half of the Black Ops 4 season with Midnight Esports.
[ad name=”article3″]

“It’s such a shame people can’t get over mistakes I’ve made when I was in my later teens and early 20s, over five years ago,” he tweeted. “People can’t accept that I have changed for the better. I’ve also performed consistently for years and adapted to every single situation and title I’ve ever played plus ethic I’d bring to a roster.”

He then went on to slight essentially all of the rosters he’s played on since leaving FaZe Red in the early parts of 2015.

“Haven’t had a team full of capable players since FaZe Red back in 2015, when I got third at Champs and performed second or third best on my team, if you’re considering K/D and objective statistics. To then being dropped and spiraling bad team to team.” 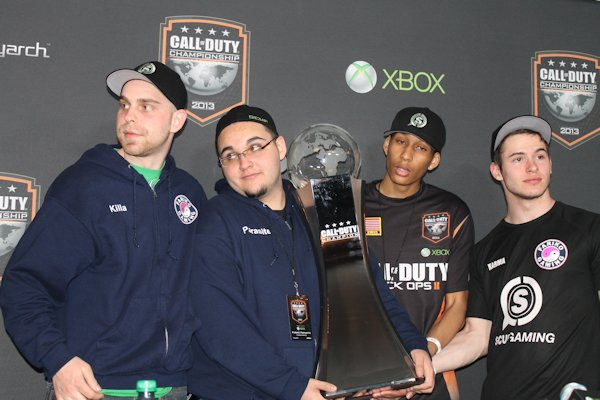 He wrapped up the rant with a third tweet, which may have been the most telling of them all, revealing his lack of offers moving forward.

“No one had contacted me besides the offer that fell through,” he said. “It’s been very had and stressful to see a decade of work go to waste because you can’t jar the minds of your peers.” 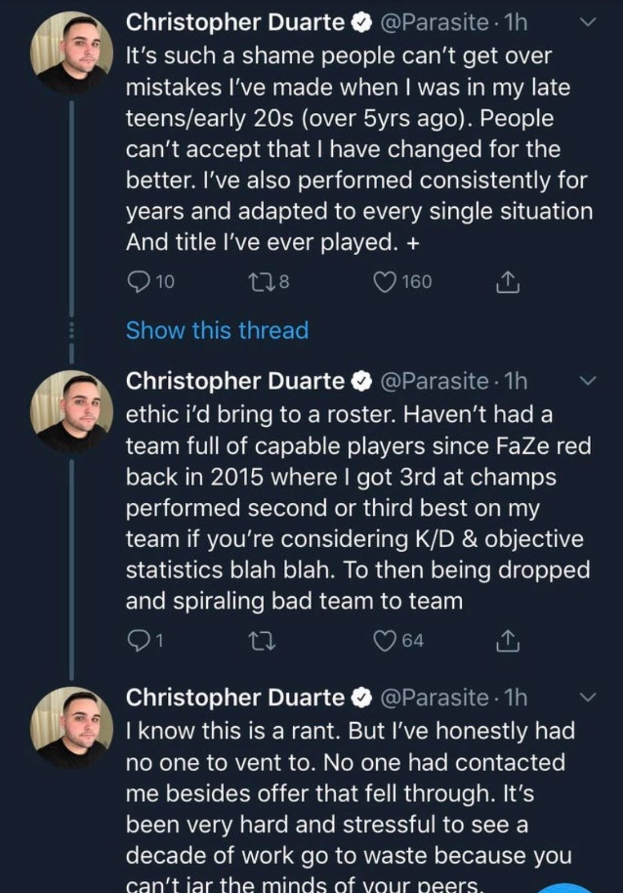 The “mistakes” and bad opinions of him that Parasite mentioned in his tweets are references to the reputation of being a bad teammate that he had several years ago, when seemingly everyone accused him of being unable to gel and establish chemistry with others.

While there is no reason to doubt that he has become a better teammate, there is no denying that he hasn’t come close to tasting success on the main stage over the past several years.

Since finishing third at CoD Champs 2015 with FaZe Red, he has only one top-five placement all the way through to last month’s CWL Championship – a third-place finish at the MLG Pro League 2015 Season 3 Playoffs with Epsilon Esports.

Whether or not that has had any bearing on his lack of opportunities remains unknown, and only time will tell if the longtime pro will find a seat at the highest table moving forward.