OpTic Gaming CoD pro Ian ‘Crimsix’ Porter has revealed why he is not getting “hyped” over the next Call of Duty game, despite all indications pointing to Modern Warfare 4.

Will the next Call of Duty game be Modern Warfare 4?

As is always the case with a future CoD game, rumours and speculation begin in the community just a few months into the previous game’s life cycle. Although nothing has been confirmed by Activision or Infinity Ward yet, all signs certainly seem to be pointed towards Modern Warfare 4.

From an ex-Infinity Ward developer confirming that the next title will be ‘Modern Warfare’, to NFL stars dropping hints about it, the community has grown in excitement recently as they look forward to a fourth installment in the incredibly popular Modern Warfare series. However, one prominent community member, two-time World Champion Crimsix, has stated that he “doesn’t understand” the hype. 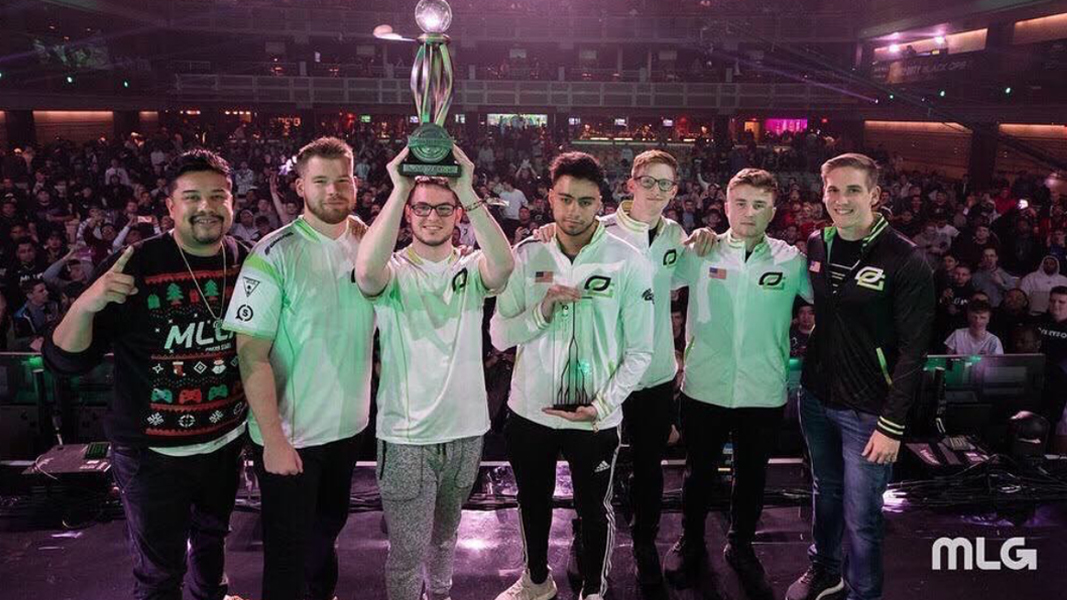 Crimsix (second from left) is the most winningest CoD professional of all time.
[ad name=”article2″]

On April 27, Crimsix tweeted that he has “never understood” why COD fans care so much about game title. “Who cares if it’s called MW4 or not? Are you really gonna buy the new COD because of that or will you purchasing for sIcK nExT geN GRapHicS?!”

He went on to explain that the community shouldn’t be getting hyped over the next game’s title, as that is no guarantee it will be as popular or successful as the past Modern Warfare titles. The original Modern Warfare, released in 2007, is credited with creating much of the CoD ‘formula’, while 2009’s Modern Warfare 2 is generally considered one of the best ever CoD titles.

The examples he used to substantiate his argument were Black Ops 2 and Black Ops 3, games he argued were both “incredible”, even though they were “vastly different”. Every Black Ops installment in the CoD series has been developed by Treyarch.

Look the point is, you shouldn’t be getting hyped over a title. It’s like getting hyped for a clickbaited title on YouTube. BO2 & BO3 we’re both incredible, both made by the same people, but vastly different. I think the only correlation those two games had was simply the title.

He concluded by saying that “the only correlation those two games [BO2 & BO3] had was simply the title”.

Black Ops 2 was set in the 1980s and 2025 with a non-linear campaign and multiple possible endings, as well as featuring typical ‘boots on the ground’ style movement. However, Black Ops 3 was set in 2065, featured advanced movement in the form of jet packs, and introduced unique specialist characters to Call of Duty.

Crimsix’ point is that the name of the game does not guarantee that the game will be as enjoyable or successful as previous games that share the same title.