Despite being one of the top Call of Duty teams heading into CWL London, OpTic Gaming suffered a heartbreaking Losers Finals sweep defeat to eUnited on Championship Sunday – falling to a third-place finish.

After making a few role changes, big things were expected from OpTic Gaming at CWL London as they looked to bounce back from a lackluster showing last time out at CWL Fort Worth. After finishing the Pool Play stage with a dominant 3-0 record, the Green Wall moved into the Winners Bracket portion of play.

While OpTic’s hot run carried them to the Winners Final, they suffered defeat at the hands of 100 Thieves and were dropped into the Losers Bracket – poised with the proposition of meeting an on-fire eUnited for a chance at revenge. 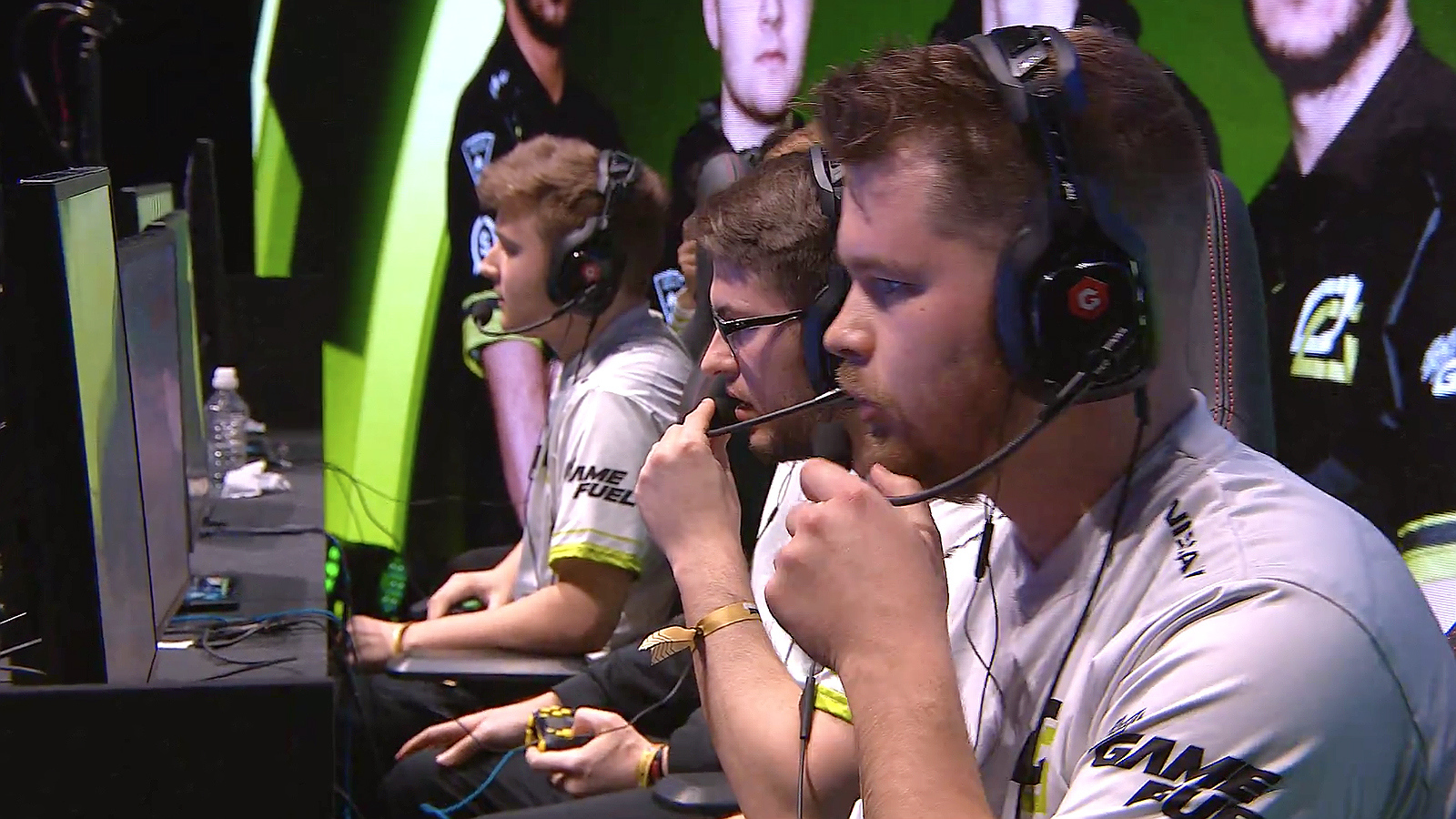 eUnited dominated their Losers Bracket run – not dropping a map all day and sweeping OpTic aside.

Prior to the start of the Losers Bracket final, OpTic had a 9-1 map record against eUnited in their meetings throughout the Black Ops 4 season, yet that record was quickly changed as eUnited picked up a 250-197 win on Arsenal Hardpoint – quieting the previously raucous pro-OpTic crowd.

eUnited, working with the hot momentum of their Losers Bracket run, were able to spring that growing confidence into a second map victory, securing a close Search and Destroy victory on Payload by a 6-4 scoreline.

And they weren’t finished there. Moving to Seaside, which has been a comfort map for OpTic this season, eUnited jumped out to a quick start – taking a 2-0 lead in Control before the Green Wall could respond and put a round on the board. However, they weren’t able to hold off the extremely on-form eUnited squad who finished the map at 3-1 thanks to a late clutch from Chris ‘Simp’ Lehr.

While OpTic will have to go back to the drawing board and swallow a devastating sweep, eUnited will have the chance to roll their growing momentum into a Grand Finals showdown with 100 Thieves.

By taking down the Green Wall with a 3-0 scoreline, James ‘Clayster’ Eubanks’ squad proved that they can, again, stand alongside some of the best teams in the game despite majorly shaking up their roster prior to CWL London.

Yet, they will need to muster all of their talents together in a bid to beat an equally hot 100 Thieves who have reached their first Grand Finals ever.