North American esports organization OpTic Gaming have announced the addition of three new players to their Call of Duty pro team ahead of the Black Ops 4 season.

These additions were officially announced on September 27 in the latest episode of Vision, along with a post on OpTic’s official twitter page.

Many OpTic supportes will be thrilled to see the return of three-time World Champion Karma, who became a fan favorite in the three years he competed for the Green Wall prior to being dropped halfway through the WWII season.

In TJHaLy and Dashy, OpTic get two of the most promising and talented players in the CWL. After spending two years away from the competitive scene due to age restrictions, TJ returned in WWII with a bang, winning three major events with Rise Nation.

Dashy, who finished the year with compLexity Gaming, was a standout player on a roster that qualified for Stage 2 of the CWL Pro League, and many consider him to be one of the best AR players in the league. 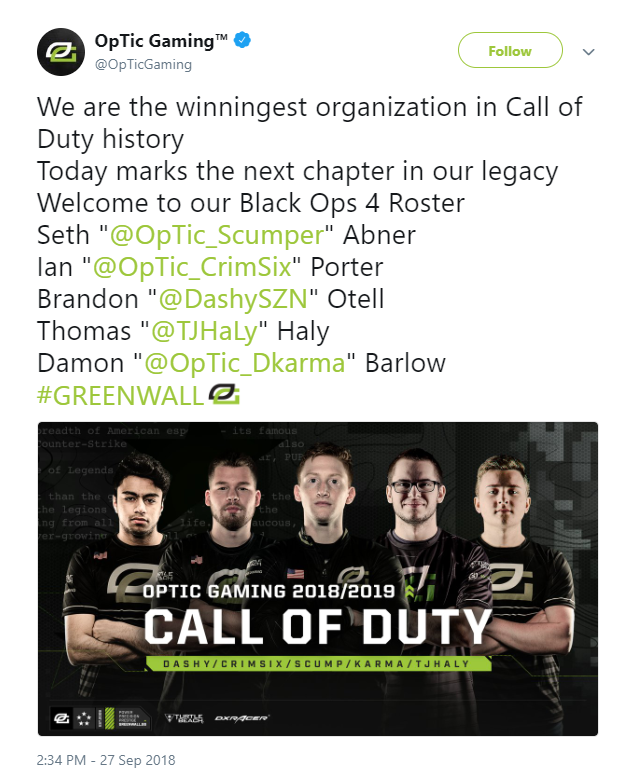 In order to make room for the three new players, OpTic decided to part ways with Anthony ‘Methodz’ Zinni, after already having dropped Sam ‘Octane’ Larew earlier in the off-season.

Both players had joined OpTic midway through the WWII campaign, but the team failed to win any events after their arrival. 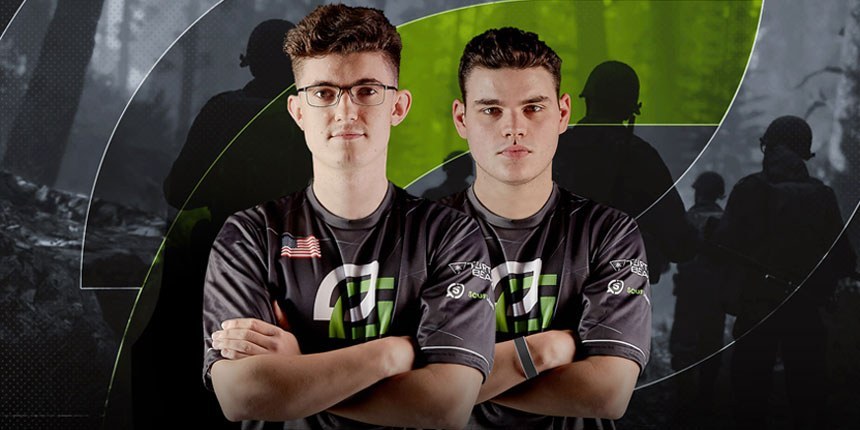 This means that OpTic will have failed to retain three players from their Stage 2 roster, thus losing their automatic qualification bid for pool play at CWL Vegas.

However, there is still a strong chance for this new roster to end up qualifying for pool play, since all five players will have a considerably high total of Pro Points, which could come into play if there are not enough Stage 2 teams to fill up the pools.

Keep up with all of the roster moves and team changes this off-season by visiting our dedicated Rostermania hub here.