The brand new Operation Spectre Rising has been released in Call of Duty: Black Ops 4, and it’s introduced a flurry of new content and major changes in the Blackout battle royale mode.

On April 29, Treyarch officially unveiled Operation Spectre Rising, the fourth Operation content stream for Black Ops 4, which was released April 30 on the PlayStation 4.

As with the previous Operations, Spectre Rising comes with a lot of new content, especially for Blackout, all of which we’ve broken down for you below.

Perhaps the biggest change introduced in Operation Spectre Rising is the flooding of the Blackout map, as the result of Hydro Dam having been sabotaged and cracked open.

With the map now flooded, water-based vehicles are able to traverse into places they previously wouldn’t be able to, and land-based vehicles may find their reach of access a lot more limited.

Areas of the map that have been flooded include:

Another change to the map has seen the Hijacked boat now moved a little farther north of its original location, “allowing players on the luxurious yacht to engage with opponents at Construction Site.”

In addition, the Alcatraz map has been improved in terms of both its layout and gameplay flow. 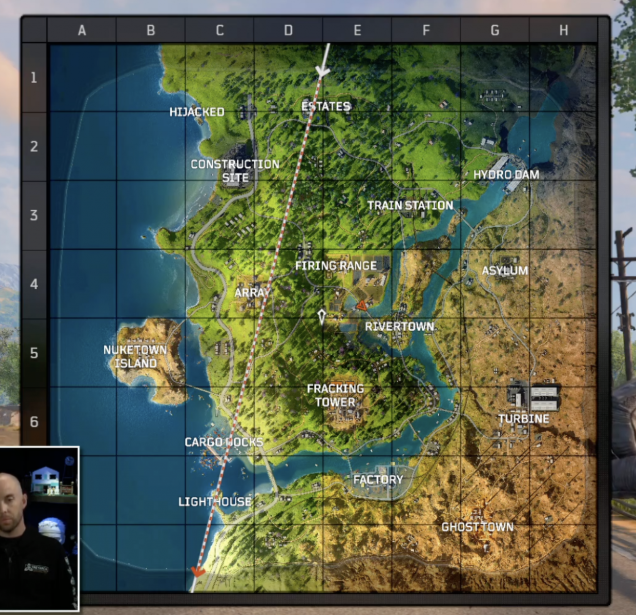 The new Blackout map after the “Wetworks” changes and Hydro Dam flood.

The brand new Operation will introduce two new game modes in Blackout – Bounty Hunter and Ground War. In Bounty Hunter, players who are able to find the “Shadow Blade,” will turn into the new Specialist ‘Spectre,’ giving them increased movement speed and the ability to see digital footprints of enemies.

An interesting aspect of this mode is that players who equip the Shadow Blade get to play in third person mode, which is the first time that actual gameplay in Blackout will be in third person outside of using emotes.

The new Bounty Hunter mode in Blackout allows players to roam around as Spectre and use his new Shadow Blade.

The other new mode, Ground War, will feature two teams of 50 players each going at it on a massive scale, in what is being described as “pure chaos.”

It appears that Ground War will not be available right when Operation Spectre Rising launches, but is expected to be coming soon.

Operation Spectre Rising will introduce six new playable characters into Blackout, all of whom come from some point within the Black Ops universe.

Operation Spectre Rising introduces six new playable characters in Blackout, all of whom are from the Black Ops universe.

These weapon should be available to be found throughout the Blackout map, as opposed to Multiplayer, which requires players to unlock them first in the Black Market.

For more in-depth details about all of the new content coming to Blackout in Operation Rising Spectre, you can check out the Treyarch’s official announcement post.

The new Operation went live on April 30, but keep in mind that it’s only available on the PS4 at first, as per Sony’s exclusivity deal with Activision, and should go live on the Xbox One and PC a week later.

How to get leather in V Rising