OpTic Gaming star Brandon “Dashy” Otell has come up with his own theory to explain why 100 Thieves CEO Matt ‘Nadeshot’ Haag has came to visit OpTic Gaming in Texas.

Haag is visiting OpTic Gaming to spend time with Hector ‘H3CZ’ Rodriguez and Seth ‘Scump’ Abner, who Nadeshot both spent a large period of time with as teammates back when he was a member of the famous esports organization.

Otell, however, pretended that he believes that Nadeshot has an ulterior motive to his visit while he was streaming on Twitch. 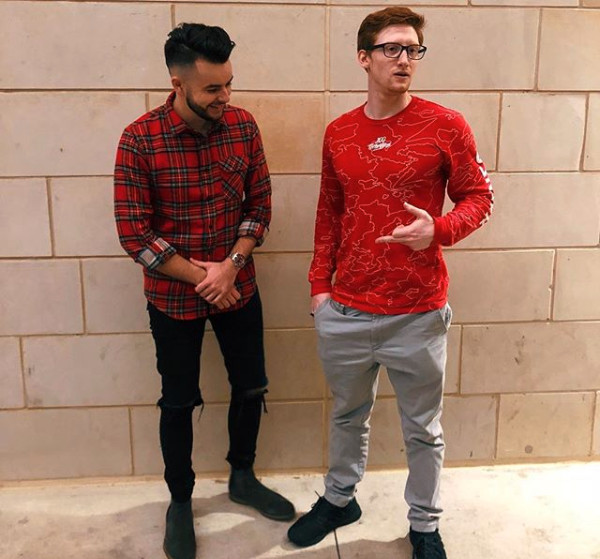 Nadeshot is in Texas visiting his friends at OpTic Gaming.
[ad name=”article2″]

After finding out that Nadeshot and Scump had went out drinking, Dashy joked with his teammate that Haag had taken him “off the grind.”

Abner quipped back, saying: “Dude, I’m so drunk that I can’t even shoot straight!”

“He’s sabotaging bro, he’s actually on a sabotage mission,” laughed Dashy. “He’s using that as an excuse. Yo stream, I just caught that guy! No way he’s serious, taking my teammate off the grind!”

While Dashy may have pretended that he was mad at Nadeshot for taking Scump away from his grind, he won’t be mad at the way OpTic’s Black Ops 4 season has started, winning the first CWL 2K in dominant fashion without dropping a single map.

Abner has also seen massive success on Twitch since the launch of Black Ops 4, including getting hosted by Ninja and hitting 100,000 concurrent viewers during the final stages of the 2K tournament on Monday, November 5.