The third running of Checkmate Gaming’s $2,500 Black Ops 4 tournament kicked off for its first day of action on December 16, featuring some of the biggest teams in Call of Duty esports.

On the back of their remarkable win at the recent CWL Vegas event, OpTic Gaming resumed their online dominance by sweeping their two matches to reach the Winner’s Bracket Final for the third ProDown in a row, having already claimed victory in the first two.

On the flip side of the bracket, Team Reciprocity made a surprising dash to their first ever WB finals, which included a 3-2 upset victory over 100 Thieves in the second round.

The two teams will play for the right to advance on to the Grand Finals when day two kicks off at 1 PM PT / 4 PM ET on December 17. 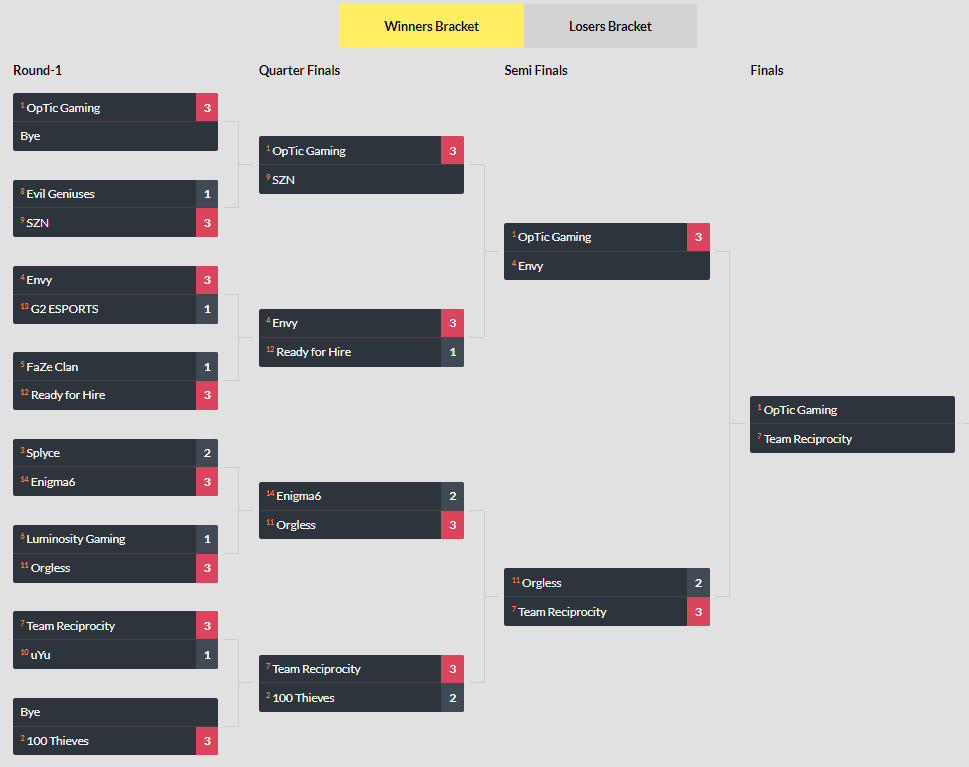 However, it’s important to not forget about the Loser’s Bracket, as there are a couple of strong teams still alive in 100 Thieves and Luminosity Gaming. The pair will face off on day two as well, presumably around the same time the WB Finals are being played out.

100 Thieves will look to make it three straight trips to the Grand Final, the first two of which came via the Loser’s Bracket and ended with a loss to OpTic.

The most surprising elimination was that of Splyce, who lost both of their games to face a quick exit just a week after their third place finish at CWL Vegas.

With the brackets all set for day two, here are all of the matches that will be played to wrap up the third running of the ProDown on December 17: