A new game mode for Black Ops 4 Blackout seems to have been revealed a little early by the official Call of Duty companion app.

Update: Treyarch have now confirmed that Ambush will be the next limited time mode coming to Blackout.

Blackout is Black Ops 4’s new battle royale mode, and it’s proved to be pretty popular since the release of the game.

Now, another mode called “Ambush” is coming to Blackout, after details were posted on the official Call of Duty app. 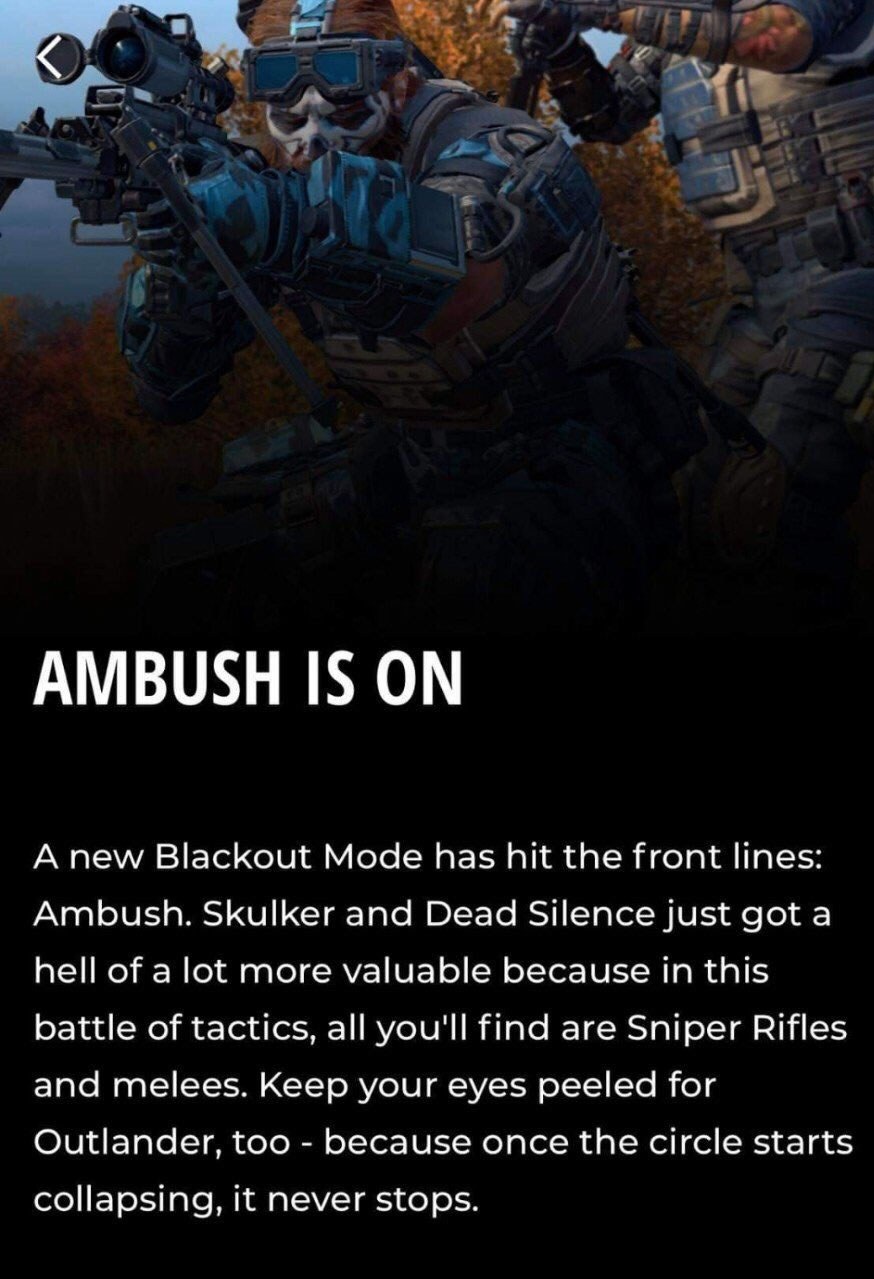 The new Limited Time Mode (LTM) will be similar to Blackout, but will only offer players melee weapons or sniper rifles to use in combat.

In addition to limited weapons, the circle around the safe zone doesn’t stop collapsing once it starts.

The image also mentions that the Skulker, Dead Silence and Outlander perks will be particularly helpful in the new mode as well.

Blackout has been pretty popular with Call of Duty fans since its open beta before Black Ops 4 even came out, and the variety provided by Ambush should be a welcome addition to the mode. 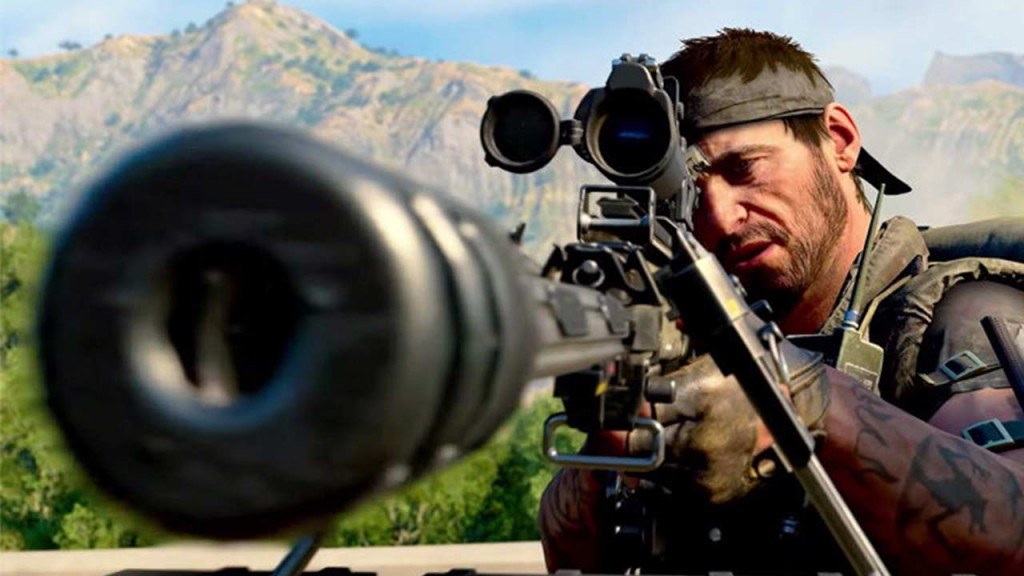 Blackout has become one of the most popular battle royales behind Fortnite since the release of Black Ops 4.

Treyarch just introduced another new LTM mode called “Down But Not Out” in their latest update for Black Ops 4, and said they would be bringing more new limited time modes to the game in the future.