Modern Warfare Season 4 is just around the corner, so here is everything you can expect when it drops, from Warzone’s map to new weapons and operators.

Modern Warfare Season 4 is set to release on Tuesday, June 2. The current Season 3 battle pass will also expire on this date. Infinity Ward have taken to releasing updates late in the day to minimize disruption to players.

We can expect the update to be pretty sizeable, based on past patches and the amount of new content that is expected. If you need to delete part of the game to allow space for the update, check out our guide on how to delete Modern Warfare’s Campaign or Spec Ops. 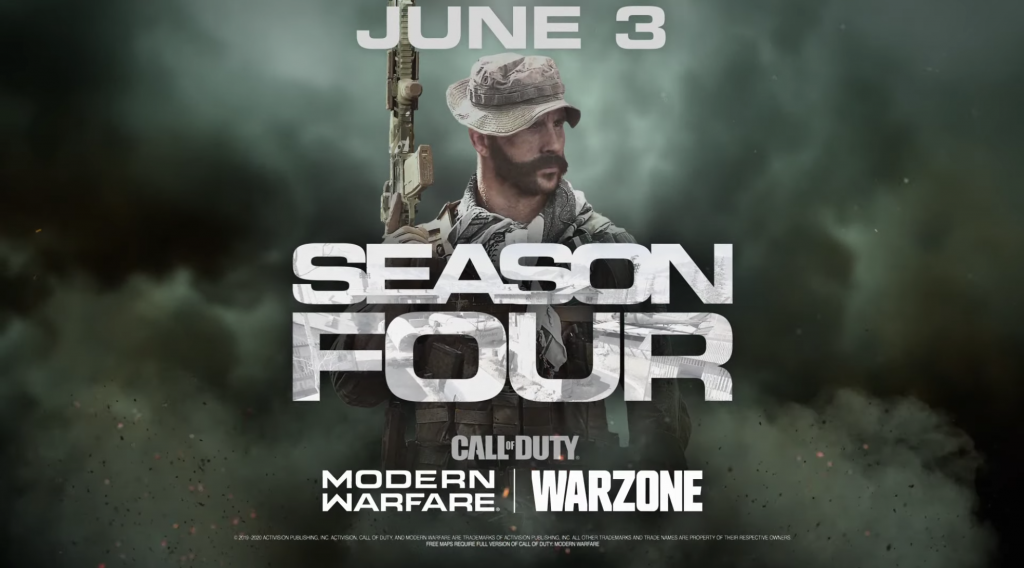 Top of a lot of lists will be the new weapons that are coming in Season 4. We’ve already seen the Galil and Vector leaked, with some data miners offering in-game looks at the shape they will take. Typically the new weapons will be unlockable upon completing an in-game challenge.

However, more recent Modern Warfare leaks indicate that a new sniper rifle, the Rytek AMR, and Akimbo Blades will be coming in Season 4. It also looks like the Vector will not be called the Vector, but will instead be renamed as the Fennec.

Alongside new weapons, fans have come to expect new maps as the seasons progress. Information surrounding maps we expect to see in Season 4 is scarce, but the official teasers posted by Activision show the map Scrapyard, which originally featured in MW2.

This would certainly fit with maps we’ve already seen added to Modern Warfare, many of which originated in other Call of Duty titles. We can also expect a new Gunfight map, as the last couple of seasons have brought with them new 2v2 environments. Most recently, we saw Aisle 9 added.

Not to mention, Scrapyard is already technically in Modern Warfare, as it makes up Boneyard on the Verdansk map.

We’ve also had it confirmed that Captain Price will be returning in Season 4. This will likely affect both Warzone and Multiplayer, with Price becoming playable in both. The SAS Officer has become a legend in Call of Duty circles. There was actually a Captain Price in the original Call of Duty and Call of Duty 2, but he became truly iconic with his CoD 4 version.

Finally, we’ll take a look at Warzone changes that look likely to come in Season 4. First off is Duos, one of the most in-demand game modes that Infinity Ward have confirmed will come once bugs have been ironed out.

Furthermore, at one point in the trailer, Ghost can be heard communicating to Price that there’s “something wrong in Verdansk,” which is obviously a direct reference to the map used in Warzone. Leaks have, in particular, focused on the map’s Dam, which looks likely to be destroyed or to collapse in some way.

The dam is located in the very NW of the map.

This change appears to have been teased for a long time now, with Modern Warfare’s menu teasing water finding its way out of the Dam. If the whole thing is to be destroyed, we could see large parts of Verdansk plunged underwater.

The weapon pool found in Warzone is also likely to change, meaning the basic guns littered across the map will be updated.  It also goes without saying that any new weapons added will be accessible in Warzone through Loadout Drops.

We’ve already seen hints at Call of Duty 2020, rumored to be called ‘Black Ops: Cold War’, in Warzone. Deconstructed RC-XDs have been found around the map, appearing to confirm a Treyarch-developed ‘soft Black Ops reboot’.

Keep your eyes peeled for more CoD 2020 teasers once the update has dropped.

Given CoD’s propensity to hint at future games in the previous title, we can expect to find more easter eggs and teasers in Modern Warfare, which will give us some hints at next year’s Call of Duty game.

We will of course update you on all changes made in the Season 4 update, some of which have not yet been announced.