Michael Condrey, co-founder of Sledgehammer Games, made some rather interesting comments in regards to Call of Duty‘s next title – Modern Warfare – in their attempt to grab “headlines”.

In an interview with VentureBeat, the former Sledgehammer Games lead figure when asked about Modern Warfare’s disturbing nature said: “MW seems like a tough challenge for any studio, especially if they are being pushed by publishing to be more controversial and ‘darker’ for the sake of headlines.”

While Condrey isn’t outright accusing Activision of making Modern Warfare as controversial as possible for headlines, he is certainly suggesting it. It isn’t clear whether Condrey knows this to be true, i.e. he knows it for a fact, or whether somebody from within the Call of Duty team, be it the publishers or developers, have told him as such. 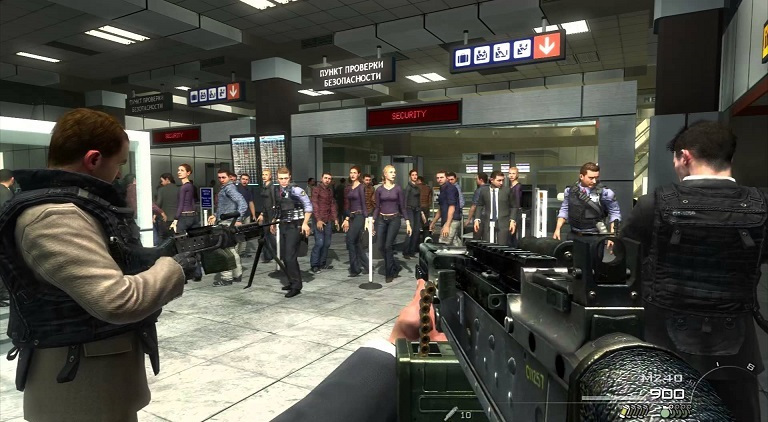 Nevertheless, the tactic has clearly worked as there has been headline after headline discussing the disturbing nature of the campaign. The result, as Activision would have hoped, has been increased hype for the game, even by Call of Duty’s lofty standards.

There has arguably not been a CoD campaign as anticipated in the franchise’s history – and this can almost certainly be attributed to the headlines it has generated so far.

Activision wanting to make the game as controversial as possible to drive sales won’t come as a surprise to many – in fact it’s to be expected as that is their job as a publisher. However, it is in conflict to the creative freedom that a developer should have.

Infinity Ward has said in the past, on numerous occasions, that the story is their own creation. Whether this is true or whether Activision have indeed had some sway will perhaps never been known for sure.

YouTubers who have played a small part of the campaign have claimed it makes Modern Warfare 2’s “No Russian” mission look like a “Pixar film”.

Call of Duty fans will be able to see just how disturbing the game is on October 25 when the fourth instalment of Modern Warfare is released on PC, PS4 and Xbox One.