Season 2 continues to roll on in Modern Warfare as Infinity Ward have released some more content into the game that didn’t make the cut when the new season first dropped.

In addition, the update also implemented some changes and fixes in the game, perhaps the biggest one being a slight buff to the Uzi SMG and the addition of two new attachments.

Gunfight has gotten new content in Modern Warfare, including the return of 3v3 and the new 1v1 Me Bro variant.

As is usually the case with these weekly CoD updates, the March 3 patch has shuffled some of the playlists in multiplayer. Dirty Old House Boat has been replaced with Shoot the Ship 24/7, combining fan-favorite maps Shipment and Shoot House into a single playlist.

A couple of changes have been made to Gunfight, as well. The regular 3v3 version has replaced the 3v3 Snipers Only variant, and there’s also a new mode called ‘1v1 Me Bro,’ which is just like the traditional Gunfight, except UAV is always on and players can hear enemies speaking.

Last but not least, Boots on the Ground War has been reworked so that it’s just like regular Ground War, with the exception of tanks. It had previously featured Realism rules, but that has since been removed.

The Uzi has gotten a slight buff in Modern Warfare, as well as a couple of new attachments.

This March 3 update has implemented changes to a few weapons in multiplayer. The Uzi has been slightly buffed, as IW have sped up the sprint-out time. Furthermore, they’ve also added two new attachments for the SMG that can be unlocked by completing certain challenges.

There were also a couple of changes that had been announced in the February 25 patch but were never implemented. The close and mid-range damage of the AK-47’s 5.45x39mm round mags has been increased and the recoil of the SA87’s 12.4 Factory Barrel has been reduced.

The Tomogunchi pet toy has been added to Modern Warfare and can be purchased for 1,000 CoD Points.

As had been initially reported all the way back in August, Infinity Ward have finally added the new Tomogunchi pet toy in Modern Warfare, which is worn like a watch.

Similar to the hugely-popular Tamagotchi toys of the late 1990s and early 2000s, this version is a handheld device that features a virtual pet that needs to be taken care of. This primarily entails getting kills in multiplayer; get kills and it’ll continue to survive and be happy, but fail to eliminate enough enemies and it’ll become sad and eventually die.

The toy watch comes as part of a set that also includes a dinosaur-themed calling card, emblem, weapon charm, sticker, spray. The bundle costs 1,000 CoD Points in the in-game store.

For the official trailer and full details about exactly how they work in-game, like the different pets you can get, how to grow and evolve them, and more, make sure to check out our Modern Warfare Tomogunchi info page. 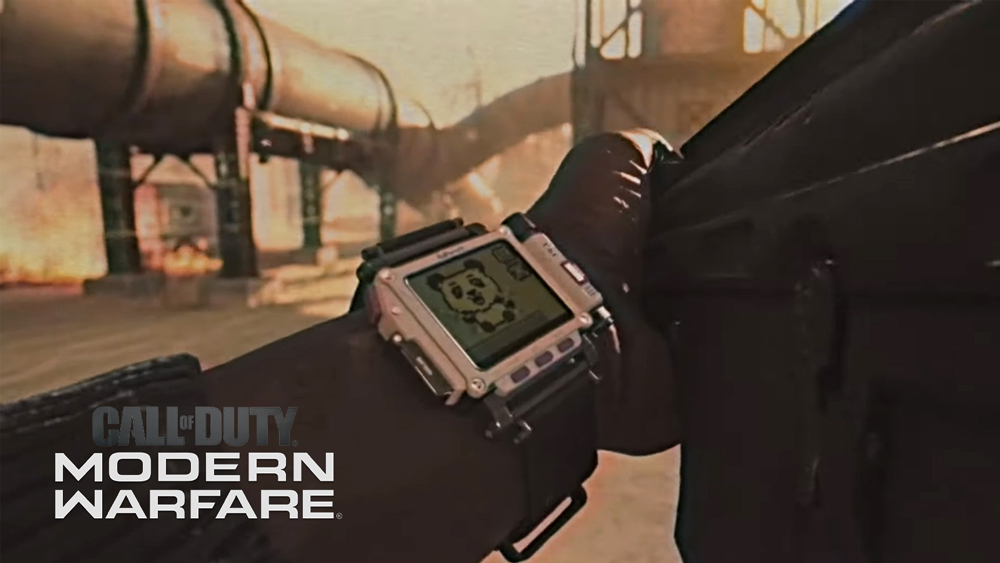 Here are the full patch notes for this March 3 update, as provided in the latest Infinity Ward blog post:

PC: Fixed a bug where the shaders status bar would read as paused in the UI even though the shaders were continuing to install in the background

Our patch notes from 2/25 contained weapon notes that did not actually make it into update itself. The below changes are now live as of today: