Infinity Ward revamped the traditional Call of Duty progression system with Modern Warfare, bringing but the change has not been well received by a large portion of the fanbase. Could this simple revision be exactly what the doctor ordered?

Although fans have been quick to find faults in Modern Warfare, it is often accompanied by a ruck of praise. Nonetheless, Infinity Ward have a lengthy list of snags that will keep them busy throughout the holiday season.

While smaller issues are dealt with through patches in updates, one fan has raised attention to an issue that is deep-rooted within Modern Warfare’s multiplayer experience — player progression. 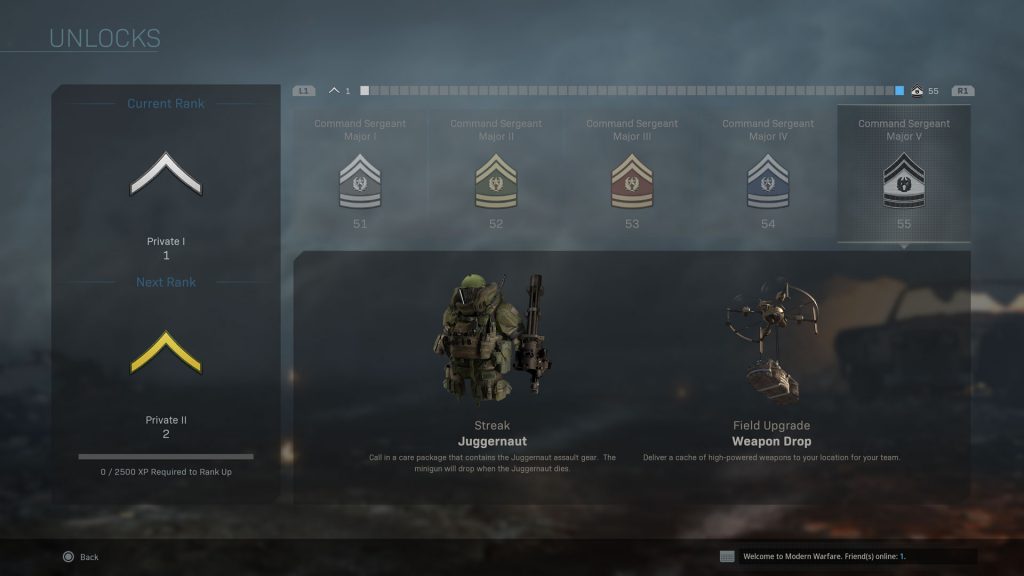 The crux of the renovated progression system is to ensure that ranks run parallel to the season-based content that will be dropped throughout the year — an in-depth break-down of the player progression is presented in Activision’s blog.

While on the surface this provides a refreshing change to the decade-old prestige system, faithful fans of the franchise have given the new framework the cold-shoulder.

However, one Reddit user has devised a hybrid progression system that would provide players with the best of both worlds.

Posted to the Modern Warfare subreddit, the Redditor went back to a more traditional (prestige-esque) system, which would simultaneously permit continuous weapon ranking.

Stop restoring the level cap every season, make the progression more satisfying. Here is an example of a possible revision of the progression that would make happy those who love Prestige and those who do not like the reset of weapons. from modernwarfare

As with previous iterations of the series, players would be rewarded with a fresh emblem after maxing out each set of Officer ranks.

Alongside earning new badges after every 100 levels, another addition to the concept would allow players to display their badges.

This could be achieved by either selecting them to accompany a player’s calling card (i.e., in a virtual trophy cabinet of sorts), or to sport them on their Operator’s uniform.

While the Redditor’s simple combination of traditional progression and the newly implemented season-based system was lapped up in the comments, Infinity Ward will most likely be sticking to their guns with this one.

Season 1 is over one week old already, meaning that players will be well on their way to maxing out their Officer ranks while enjoying a fresh batch of new content.