Infinity Ward have released another content drop in Call of Duty: Modern Warfare for Season 1, including a Shipment x Shoot House 24/7 playlist, new Gunfight and multiplayer modes, another XP boost promo, and more.

The December 24 update was the fourth installment of the ongoing Season 1 for Modern Warfare, continuing what is the biggest post-launch content drop in Call of Duty history.

The update added a new Gunfight mode called Snowfight, a multiplayer mode called Drop Zone, and, perhaps most importantly, a 24/7 playlist featuring Shipment and Shoot House, which players had been begging for since Shipment was added.

It also kicked off another XP boost promo for the Christmas period. Players will get Double XP and Double Tiers earn rate until Friday, December 27 at 10 AM PT / 1 PM ET.

A breakdown of what’s included in this update is available below, including the full official patch notes. 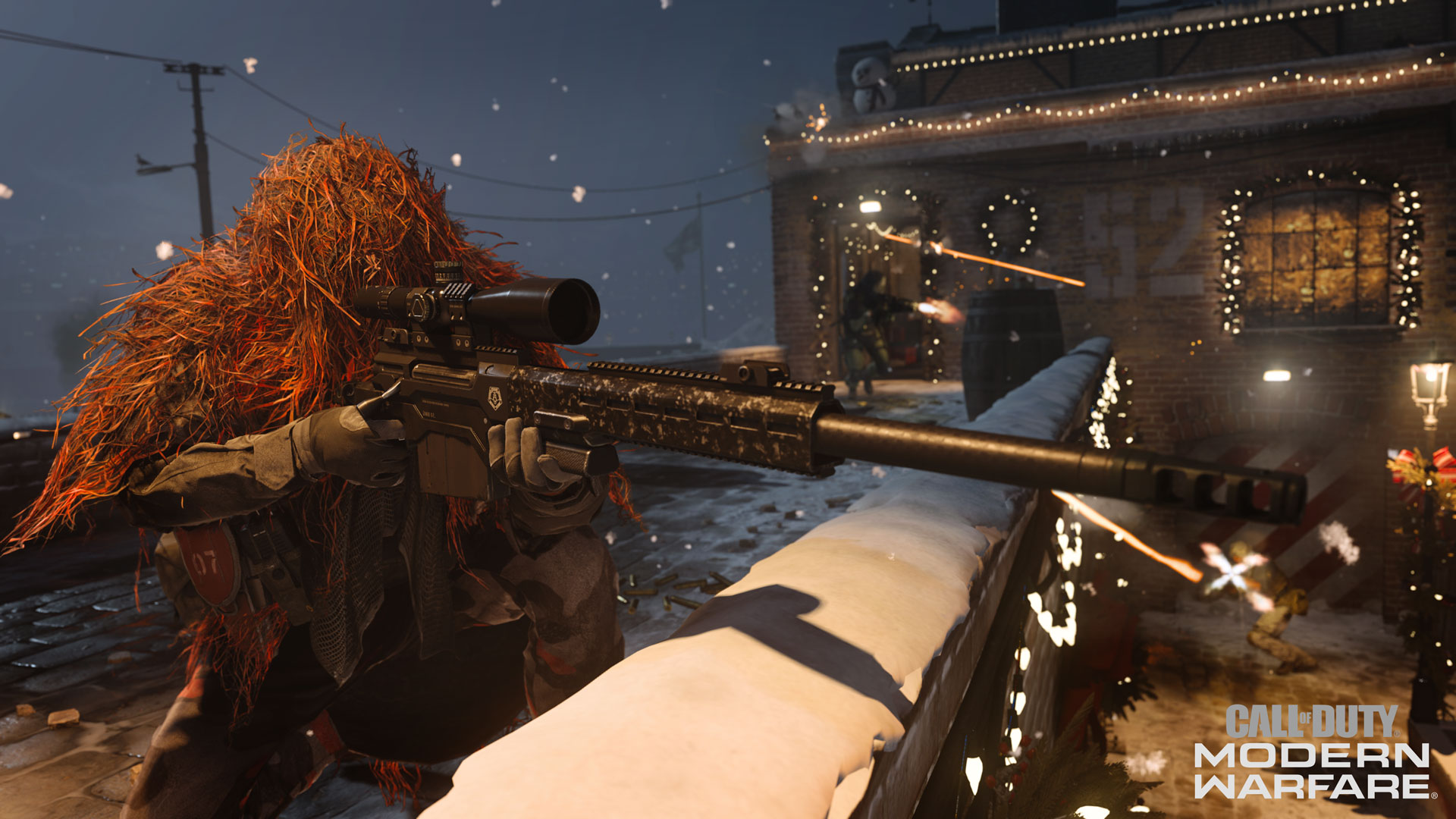 The holiday season is in full swing in Modern Warfare as more content has been added for Season 1.

Snowfight is a new Gunfight variant that can only be played on the new Winter Docks man, which was added in last week’s v1.12 update. In this mode, snowballs replace weapons, so players will have to throw snowballs to eliminate the opposing team.

Snowfight is a mode within Gunfight that replaces all weapons with snowballs.

The second new mode added is Drop Zone, which is a regular multiplayer playlist. In Drop Zone, players are rewarded even more for playing the objective than other standard objective-based game modes.

In fact, the only way to earn Killstreaks in this is to continually hold the drop zone until one arrives via Care Package to that location.

Drop Zone is an objective-based game mode that rewards players with Killstreaks for capturing specific zones.

Following the update, the new ‘Mad Chemist’ Featured Bundle of cosmetic items was added to the in-game store.

From everyone at Infinity Ward, Happy Holidays!