One of the most frustrating things that can happen in Call of Duty’s Blackout mode is getting downed and then quickly eliminated, especially if the enemy player seems to be a stream sniper.

Such was the case for Optic Gaming’s Seth ‘Scump’ Abner, who was live-streaming the Blackout beta on September 17 a little while before it went offline across all platforms.

Scump, who was playing with his OpTic teammate Ian ‘Crimsix’ Porter, found himself on the wrong end of a gunfight, as he was downed by an enemy player and eliminated.

Visibly upset, Scump became more frustrated when he looked at the kill-feed and recognized the names of the enemy players who he had just fought against.

“He just thirsted me,” he said irritably. “I’ve seen those kids before in my game.”

The clip ended up going viral, as most of Scump’s clips do, and it caught the attention of David Vonderhaar, Game Design Director at Treyarch.

Upon seeing the video, Vonderhaar pointed out to Scump that the “kid” who had eliminated him was not a kid at all, but rather a Treyarch programmer named Jon, which is why the OpTic pro had seen his PSN before. 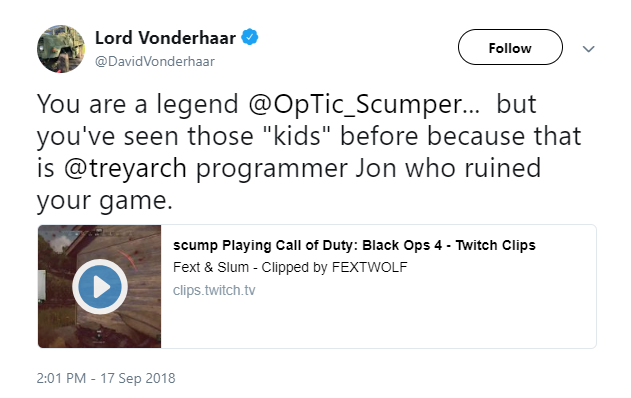 Once things settled down, it seemed that Scump was no longer bothered by the situation, as he tweeted his praise for how well Blackout has turned out. 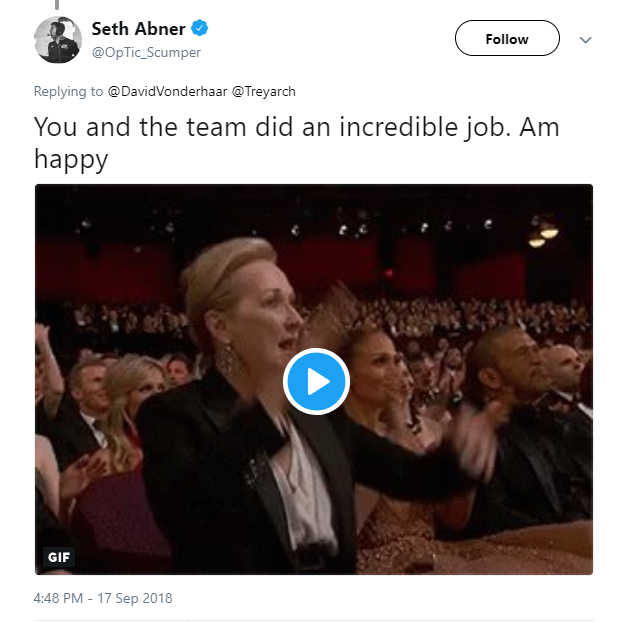