An error made in the published schedule of the upcoming $250,000 CWL Vegas major tournament has created some confusion in the competitive Call of Duty scene.

According to the official schedule put out by the CWL on November 27, day one of the tournament would feature a Pool C battle between Team Envy and a squad featuring Joshh, MadCat, Dqvee, Alexx, and Peatie, who do not yet officially have an organization to represent.

However, the schedule listed the match as between Envy and Lightning Pandas, which immediately sparked rumors that the EU roster had signed with LP and the CWL had accidentally leaked the arrangement.

The Twitter account known for its affiliation with the infamous CoDBurner was predictably quick to jump in on the discussion, tweeting out a screenshot of the schedule before it would get revised.

“CWL has released their schedule for Vegas, did MadCat’s team get picked up by Lightning Pandas or is this a mistake?” he tweeted. 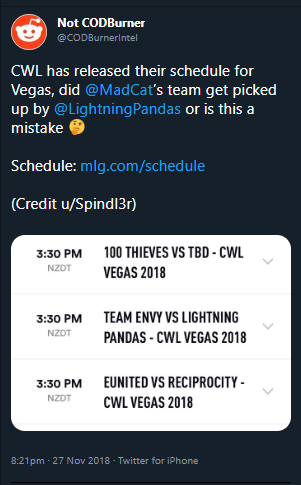 However, this was shot down almost immediately by Joshh, who replied to the tweet saying that schedule was incorrect and that they had not signed with Lightning Pandas.

While people will have to take Joshh’s word for it, there still remains the possibility that he is simply covering up for the CWL’s mistake and there may be an agreement in place after all.

Signing with an org like LP wouldn’t be a stretch of the imagination by any means, especially considering that Joshh and co are one of the stronger sides that the EU scene has to offer, and have secured a spot in Pool Play at CWL Vegas thanks to their collective Pro Points from WWII. 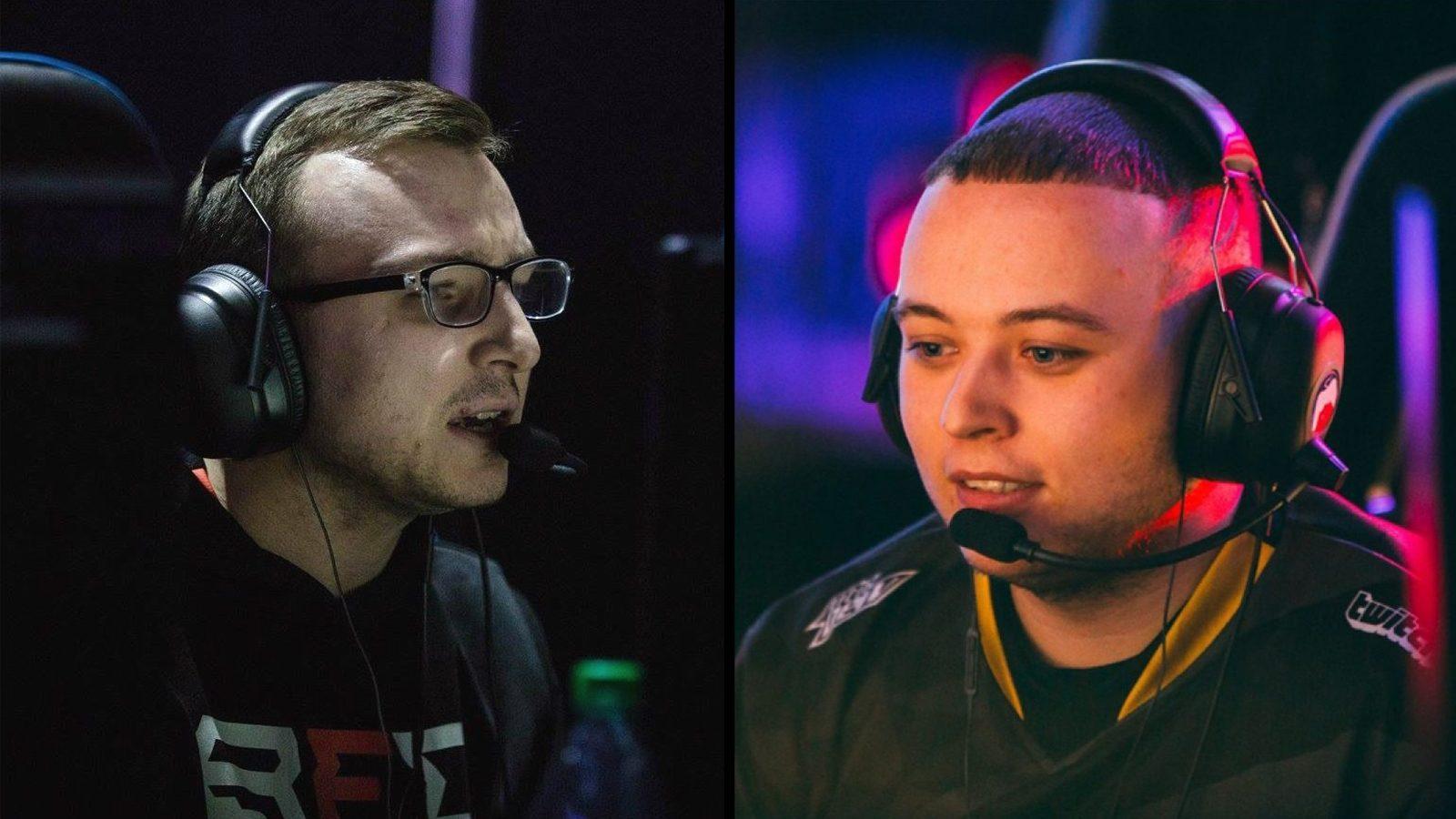 MadCat and Joshh teamed together under Splyce in the latter half of the WWII season.

As for now, the squad heads into CWL Vegas without an official org, and will be matched up against fellow Pool C teams Envy and FaZe Clan, as well as a team from the play-in tournament and the Open Bracket.

CWL Vegas is scheduled to take place December 7-9 at the Hard Rock Hotel in Las Vegas, NV and will feature teams from all over the world vying for a share of the $250,000 prize pool and crucial Pro Points.