Twitch Rivals is coming to Call of Duty: Warzone with a tournament that pits the platform’s most popular players and content creators against each other to take the victory. Find out how to watch the event below.

Twitch Rivals is a popular series of events where content creators and pro players of a game compete against each other while streaming.

The series itself has been going on for years in dozens of different games, but now, it’s finally time for Warzone to get its time in the spotlight. Here’s how you can catch all the action.

Warzone has proven to be popular with CoD and battle royale fans since it’s March 10 release.

One of the best things about Twitch Rivals events is that almost all of the participants will be streaming, so you can tune in to your competitor of choice to see the action from their point of view – a few of which we have linked below.

There’s also a main Twitch Rivals stream available, which will show off the highlights of the tournament along with commentary and content in-between games.
[ad name=”article2″]

The Warzone Twitch Rivals event will be played over two days, with solos happening on March 25 and squads starting on March 26.

Each streamer will be rewarded points depending on their placement in solos and squads combined, and the team with the highest points at the end of two days will win.

The leaderboard will be determined by kills and placements in eligible games. Players and teams will have 3.5 hours as a solo and a squad to place as high as they can on the leaderboard.

Both days of the Twitch Rival’s Warzone tournament will start at the same time: at 1 PM PST/4 PM EST. 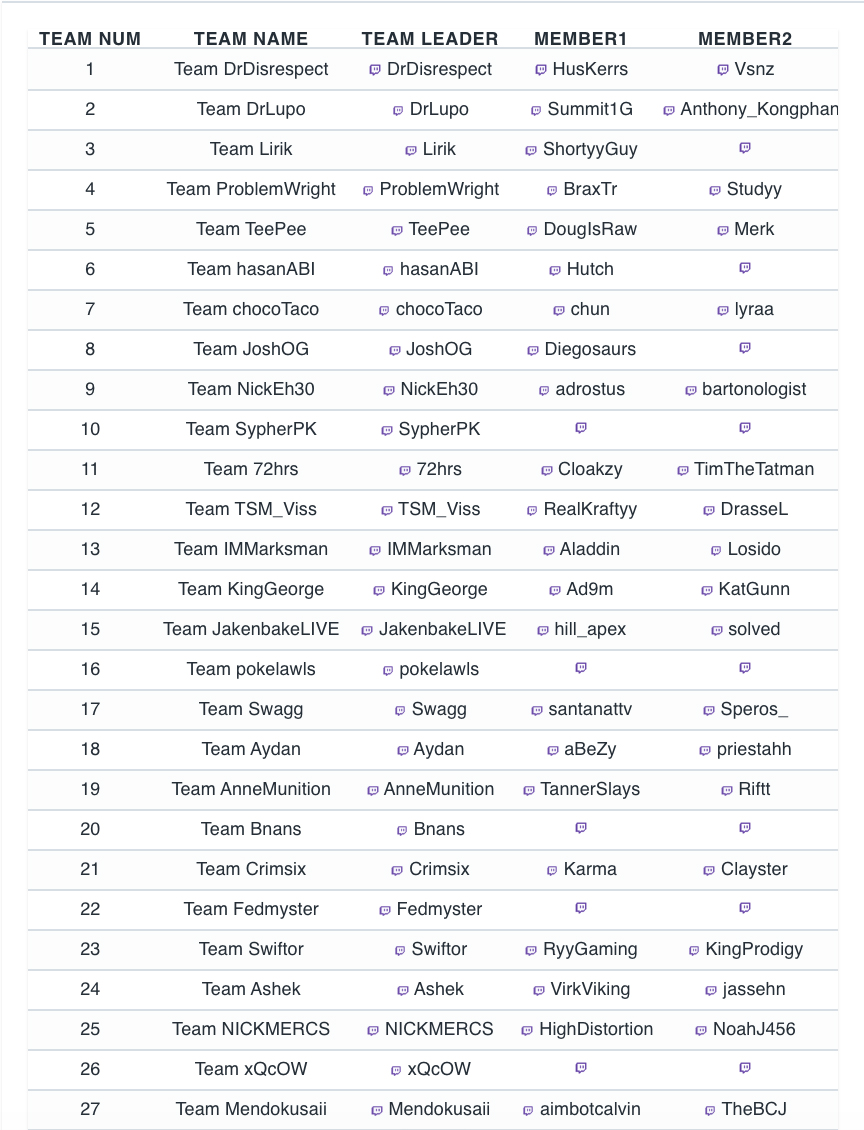 With day one of the competition now in the books, we can take an early look at the current standings heading into the squads portion of the competition. On Wednesday, March 25, players competed in Solos matches to earn points for their team, but will all link up together on March 26 to work together as they battle for their share of the $100,000 prize pool.

You can view the top 10 teams heading into day two below.