Fans of the Modern Warfare beta are in for another treat as top Call of Duty stars including Scump and FormaL, team up with celebrity guests and popular streamers in the first Pro-Am event.

After months of anticipation for the new Call of Duty release, fans have finally had the chance to experience multiplayer in Modern Warfare with the early access PS4 beta which kicked off on September 12.

Although many players have already taken to beta servers for their first taste of the upcoming title, Call of Duty fans on Xbox and PC will have to wait until the weekend of September 18-21 to try it out for themselves. 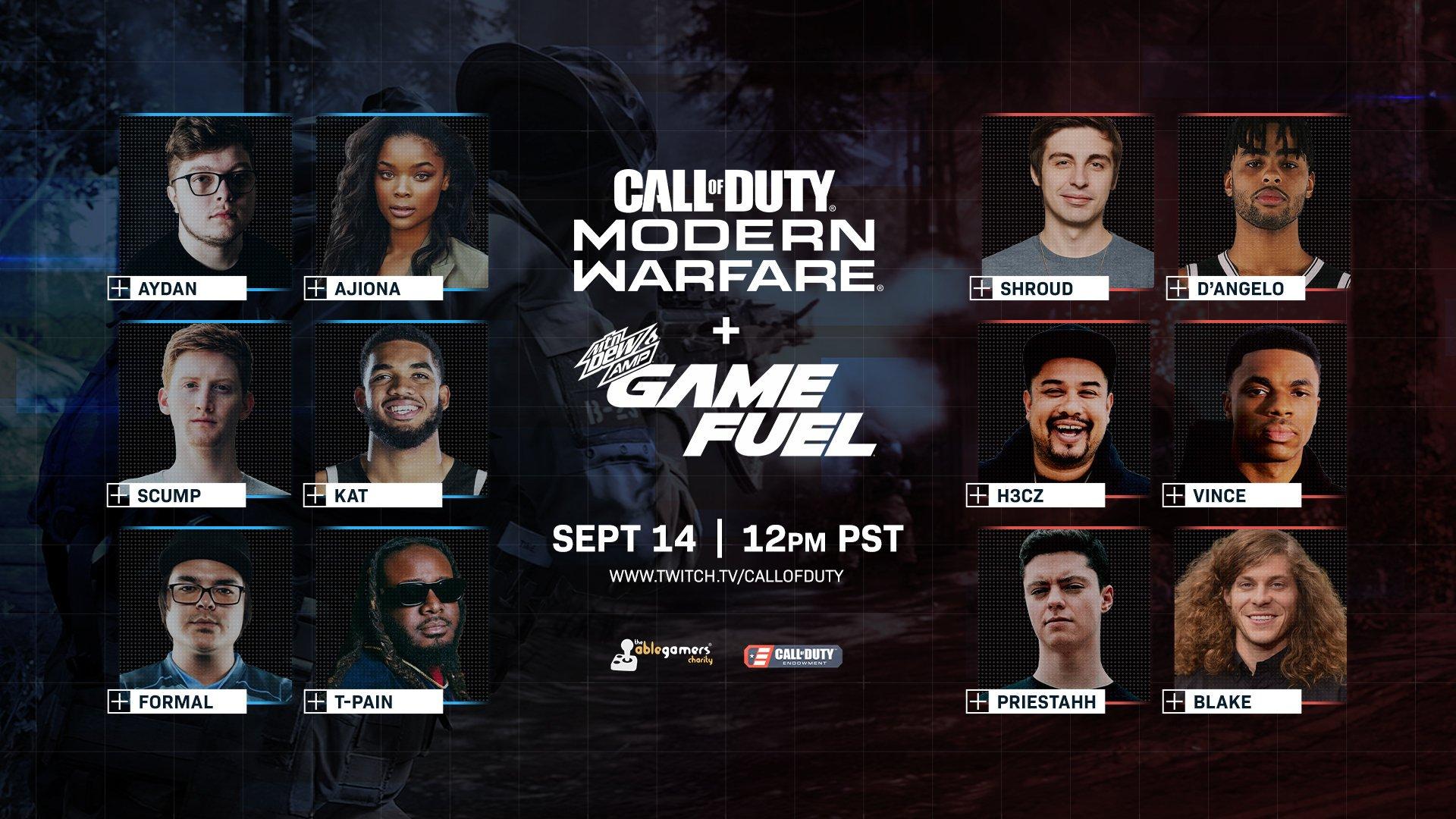 Each of the Duos competing in the Modern Warfare Pro-AM.
[ad name=”article1″]

However, players on other platforms won’t be left completely clueless when the second weekend rolls around, as Call of Duty has organized for some of the top esports stars to team up with celebrity guests such as T-Pain to showcase the new game.

When does Modern Warfare Pro-Am start?

The Modern Warfare Game Fuel Pro-Am event will take place on September 14 on the official Call of Duty Twitch channel, which you can watch below.

Watch live video from Call of Duty on www.twitch.tv[ad name=”article3″]

Who will be playing in the Modern Warfare Pro-Am?

The Pro-Am is set to feature six duos, with each squad consisting of a popular esports star and a special celebrity guest, including the likes of Vince Staples, D’Angelo Russell, Karl-Anthony Towns and more.

Many of the celebrities competing have shown their interest in gaming in the past such as the Minnesota Timberwolves star, Karl-Anthony Towns who has roasted some of his basketball teammates in the past for their lack of skills in CoD.

It is unclear as of yet what will be in store for each of the popular squads, although many suspect that a duos tournament similar to the one held at the Multiplayer reveal could be possible.