Fans of Call of Duty Zombies are in for a treat as Treyarch will be hosting the official reveal for Black Ops Cold War’s Zombies, and we’ve got everything you need to watch it all live.

After a year’s absence in Modern Warfare, Treyarch are bringing the ever-beloved Zombies mode back to Call of Duty in the upcoming Black Ops Cold War title.

Now that the worldwide reveal events for the game’s campaign and multiplayer are in the books, the next thing on the docket is Zombies, and the good news is that fans don’t have to wait much longer.

When is the Black Ops Cold War Zombies reveal?

The reveal event will take place on Wednesday, September 30, at the following worldwide times:

The event will be livestreamed on the official Call of Duty YouTube channel, which we’ll include below shortly before things kick off.

Usually, these sorts of presentations also get broadcasted on the CoD Twitch channel, but that might not be the case this time around because of the ongoing ROKKR Royale Warzone tournament.

What to expect from the Zombies reveal

There are obviously not too many details available on what’ll be shown and discussed during the showcase, but an update to Modern Warfare’s Message of the Day screen has given us at least some of what to expect.

According to the message, the stream will include the official reveal trailer, words from the developers, and a “first taste of the mind-bending, undead action coming to Black Ops Cold War.” 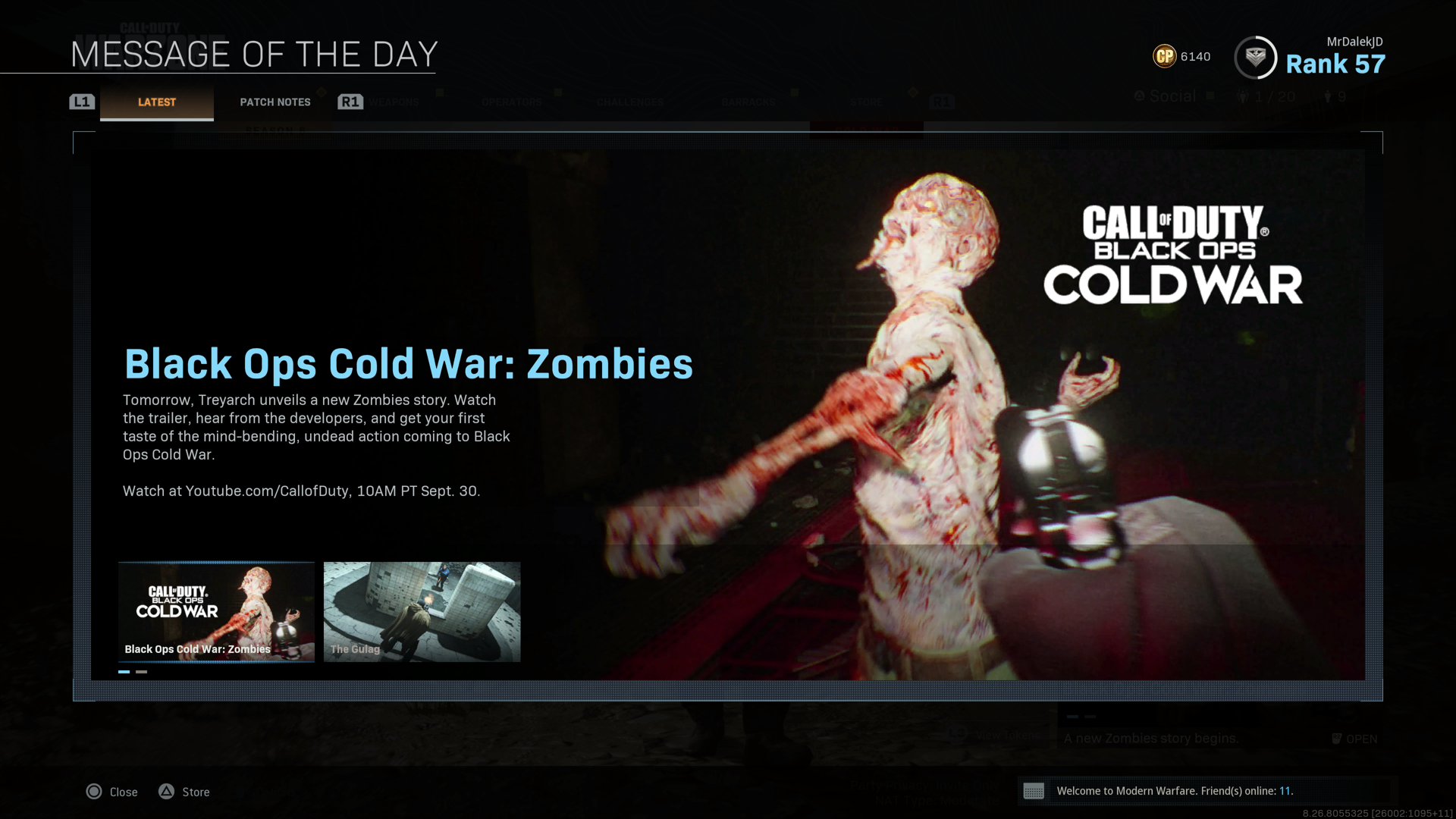 Teasers, leaks, and everything else we know so far

Just as with the multiplayer, Treyarch and Activision led Zombies fans on a massive easter egg hunt through their Pawn Takes Pawn teaser website for Black Ops Cold War.

They event sent old-school computer terminals to popular content creators, who used them to access various pages on the PTP website before finally deciphering when the reveal event would take place.

We're not yet sure how this ties in with everything but we should find out more tomorrow! pic.twitter.com/wHEIuNaB8R

Then there are the teasers themselves, which started with a clip at the end of the multiplayer worldwide reveal trailer, which was short but long enough to get fans excited.

? The #BlackOpsColdWar multiplayer trailer ends with a Zombies teaser! pic.twitter.com/Upb0YTU0zA

That was followed by a series of old-style photographs that were discovered in one of the Pawn Takes Pawn pages, showing glimpses of what the BOCW Zombies will look like. 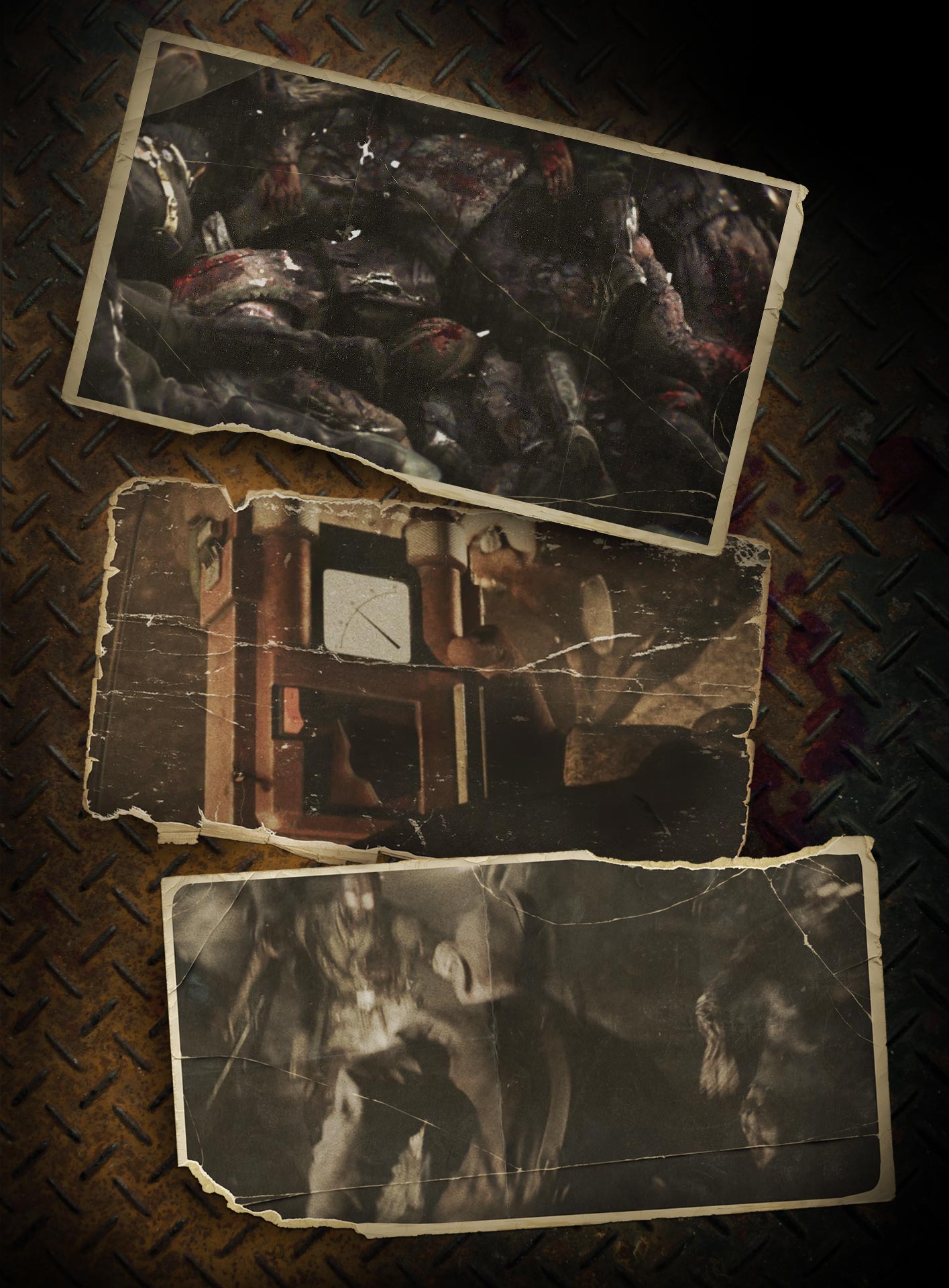 The trail of teasers wrapped up with one final clip on September 28, as the page that revealed the time and date of the stream also included this mini-clip.

? The #BlackOpsColdWar Zombies reveal is on Wednesday, September 30 at 10 AM PT / 1 PM ET!pic.twitter.com/WCzKwI7p11

Last but not least, Call of Duty dataminers have also leaked a lot of supposed details for the BOCW Zombies, including information about the various maps, weapons, and perks.

According to prominent leaker TheGamingRevolution, there will be four maps in total – two versions of Nacht der Untoten, Firebase Z, and Berlin. As for the perks, they’ll apparently include Deadshot, Stamin-Up, Juggernog, Speed Cola, and the new Elemental Pop, while Specialist abilities, which are not returning to multiplayer, will be featured in this mode.

You can read up more on this in greater detail by checking out our Black Ops Cold War Zombies leaks page.