Popular YouTuber Daniel ‘KEEMSTAR’ Keem put together a new competition featuring the recently-released Call of Duty: Warzone battle royale, and JoshOG, HusKerrs, and Diegosaurs were able to take home the win. We’ve got everything you need to catch up on all of the action from the very first event.

Warzone has experienced immense success since its launch in early March, and content creators and organizations have been lining up to host tournaments featuring CoD’s newest BR.

KEEMSTAR’s ‘Warzone Wednesdays’ is the latest as part of that effort and the first event of his brand new KeemPark project, which is “a place for creators and fans to create, play, and grow.” KeemPark is KEEMSTAR’s new project to create a space where creators and fans can grow together.

You can find everything you need to know about Round 1 of Warzone Wednesdays below, including the final results, all of the teams that competed, the overall format, and plenty more.

While the action started out hot with 16 star-studded teams battling through the first round of competition, some of the biggest names were wiped out early as the likes of Lil Yachty, McCreamy, and Drift0r,  all failed to make it through to the second round.

Certain squads showed up with impressive high-kill games but couldn’t quite make it through to the final rounds. CouRage ended the day with a top of 74 kills across two games for a third-place finish with Nadeshot and Cloakzy, while Clayster found 73 of his own in a fourth-place finish alongside Summit1G and Emongg.

Ultimately, the grand finals saw Aimbotcalvin, Mendo, and KingRichard squaring off against JoshOG, HusKerrs, and Giegosaurs.  Taking an early lead in the series with a number of overall wins throughout their run through the finals, JoshOG’s squad pulled off the victory with a total of 369 kills.

When was Warzone Wednesdays Round 1?

The first installment of this competition was actually played on Tuesday, March 24, because another major Warzone tournament was scheduled for the following day.

The event kicked off at 1 PM PT / 4 PM ET and lasted for just over four hours in total. It was being streamed live on KEEMSTAR’s Twitch channel, which we’ve included below for your convenience. Additionally, most of the participants streamed their own POVs on their personal channels, some of which we’ve also included here.

Here is the official bracket that was used for this week’s competition. The names have not been included, so you can keep track of which team advanced using the Players and Teams section below.

Warzone Wednesdays is a 16-team competition featuring several of the biggest content creators, pro Call of Duty players, and some celebrity figures here and there.

Some of the big names from the March 24 running included Ninja, NICKMERCS, Nadeshot, CouRage, Cloakzy, Crimsix, and popular rapper Lil Yachty, among others. 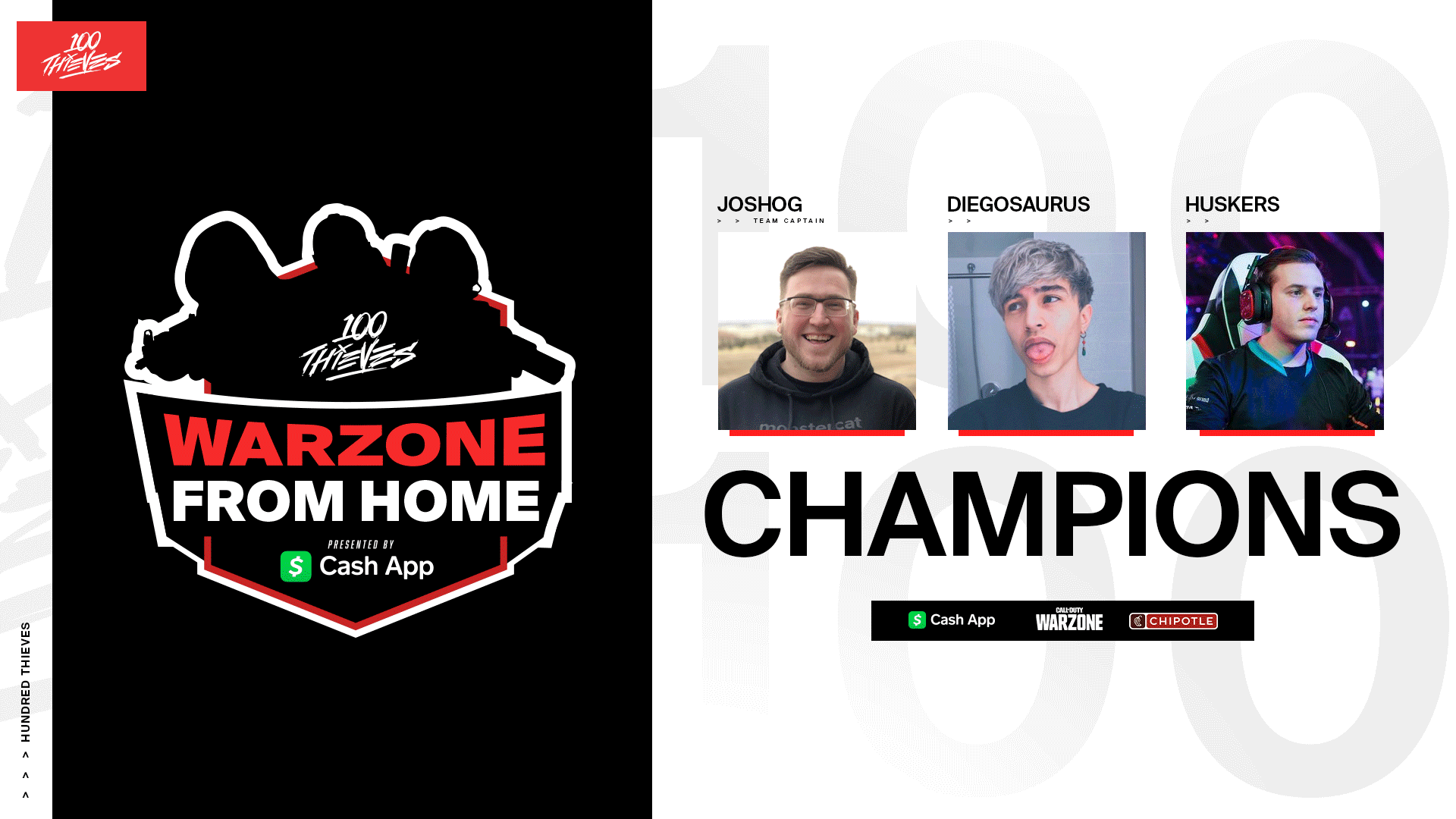 The trio of JoshOG, Diegosaurus, and HusKers competed in Warzone Wednesdays after winning 100 Thieves’ Warzone From Home tournament last week.

Warzone Wednesdays is a single-elimination tournament, in which the 16 teams will be pitted against each other round by round until a winner gets decided.

It employs the popular ‘kill-race’ format, which essentially means that teams matched up against each other have to load into two separate Warzone matches and try to get as many eliminations as possible. After the two matches, the team with the more combined kills will advance, eliminating the losing squad.

In case there is a tie in the number of eliminations between the two teams at the end of the round, the following tie-breakers will be used in the order with which they are listed:

There is prizing for this event, set at $20,000, all of which will go to the winning team, so it’s definitely an all-or-nothing type event each week that it comes around!