There’s a new overpowered force in Modern Warfare and Warzone called the R9-0 shotgun with Dragon Breath rounds, and we’ve got everything you need to build your own dominant loadout with it.

It seems like every time Infinity Ward nerf an overpowered weapon or patch a broken gun exploit, players find something else to take its place in the multiplayer and battle royale meta.

Right now, that’s the R9-0 shotgun, which received a considerable buff at the start of Season 5 in the shape of new Dragon’s Breath rounds, a change which wasn’t even mentioned in the official patch notes.

As its name suggests, Dragon’s Breath is an ammo modification that turns the shotgun’s regular rounds into 3000-degree magnesium incendiary shells that set enemy players on fire. Thus, not only does the target lose health from getting hit by the shells themselves, but the burning effect lasts and continues to inflict further damage. 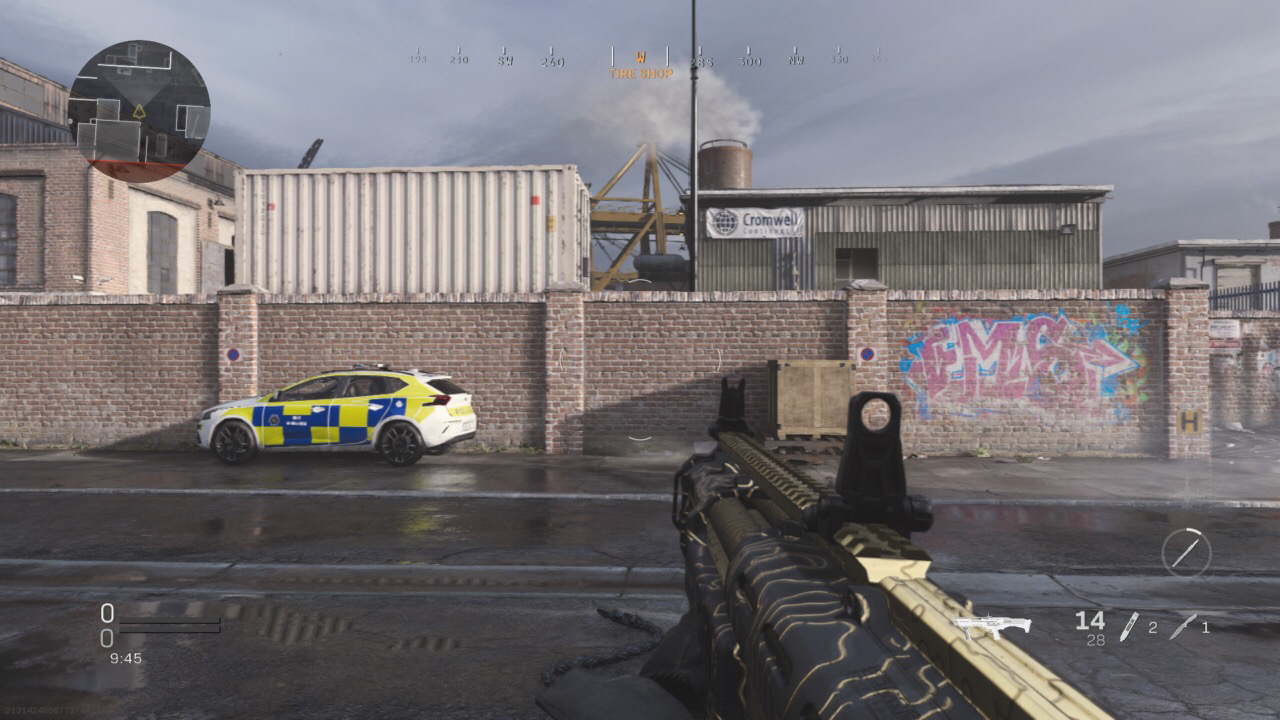 The R9-0 shotgun had never been part of the MW and Warzone meta until the Dragon’s Breath rounds were added.

Like with most attachments that have been released for guns post-launch, the Dragon’s Breath rounds have to be unlocked by either purchasing a preset R9-0 blueprint from the in-game store or completing its challenge(s).

For the latter option, all you have to do is get 10 kills while sliding, and this can all be done in a single match, so you don’t have to quit out after every slide kill and get into another lobby. 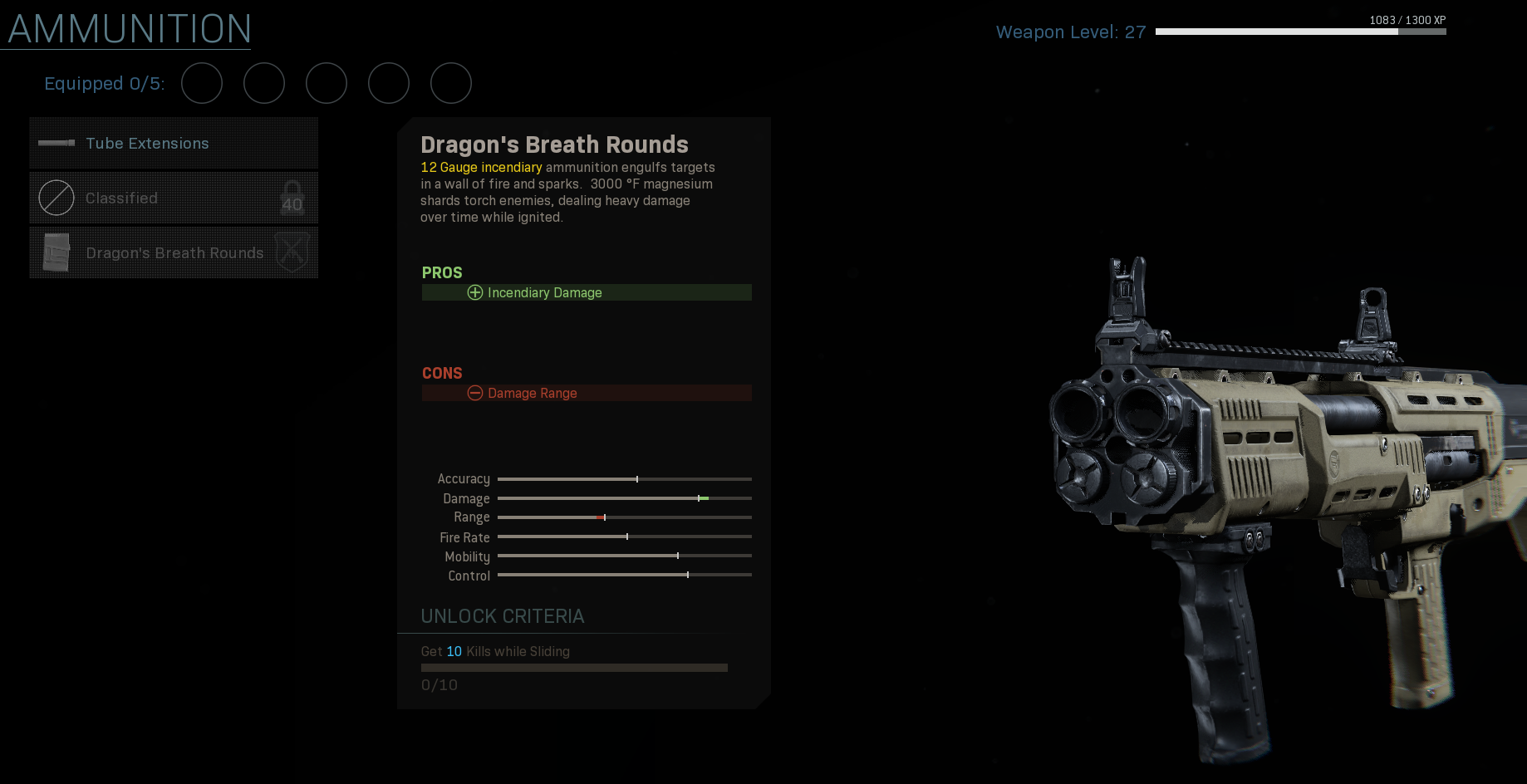 In order to unlock the R9-0 shotgun’s incendiary rounds, you need to get 10 kills while sliding.

If you own multiplayer, the easiest way to get this done is by loading into the Shoot the Ship playlist and waiting to get Shipment, which is small enough of a map that you should be able to complete the challenge in a single match.

However, if you don’t own MP, you have no choice but to do it in Warzone, which will probably take you a bit longer. Your best bet is to jump into a Plunder playlist and get as many sliding kills as you can. Remember, the challenge only counts kills, not downs, so you have to finish off your eliminations.

Once you do unlock it, here’s one of the more popular Warzone classes for the R9-0 shotgun featuring the Dragon’s Breath rounds, courtesy of prominent CoD YouTuber, TheXclusiveAce. If you’re having second thoughts about whether this ammo mod is worth all that trouble since the shotgun is pretty non-meta without it, many top content creators, streamers, and YouTubers are calling it the next best thing in Warzone.

NICKMERCS, who often gets blamed for putting the spotlight on these sorts of overpowered weapons, attachments, and exploits, has published a video on his R9-0 Dragon’s Breath setup with the hopes that it will lead to the devs nerfing the weapon and/or attachment.

But, for now, the Dragon’s Breath continues to roam free throughout Verdansk, terrorizing players who dare challenge at close-range. So if you want to be part of that fun before it goes away, you better start working on that challenge!