Dallas Empire CEO Mike ‘hastr0’ Rufail has given Call of Duty fans a peek behind the curtain and unveiled a number of unique designs that were considered for franchise branding.

The inaugural Call of Duty League homestand event is just weeks away as competition kicks off in Minnesota from January 24. 12 of the world’s best teams will be on display in an official capacity for the very first time, and Dallas will be involved in the opening match as they square off against the Chicago Huntsmen.

Ahead of the first slate of matches, hastr0 decided to share a number of unique designs the organization was weighing up before settling on its current look. 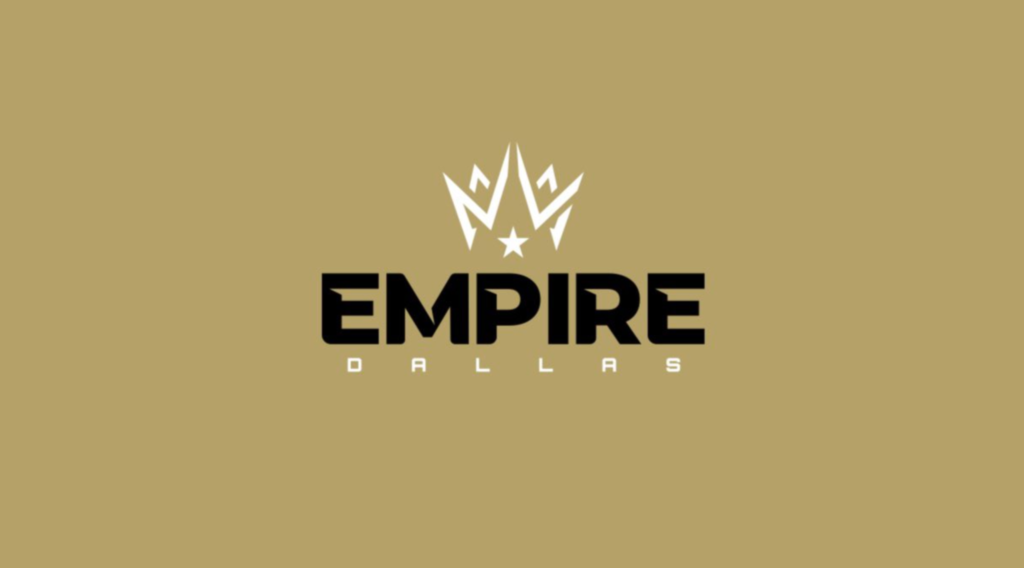 Official Dallas Empire branding was revealed by hastr0 on October 20.

While certain franchises were initially met with backlash upon their branding reveals, the Dallas Empire visuals were largely praised. Slick gold and black designs allowed the Dallas-based team to stand out from the likes of more vibrant lineups such as Toronto Ultra and Atlanta Faze.

All topped off by a subtle homage to foundational roots in Team Envy, it’s clear a great amount of detail went into finalizing the ideal look. Showcasing a few earlier renditions, however, hastr0 shed light on some mock-ups that didn’t quite reach the same level.

Interestingly enough, none of the other takes on Dallas-themed branding featured an homage to Team Envy in the logo itself. Rather than sneakily including a design that can be interpreted as an ‘N’ and a ‘V’ to represent the parent company, each of these creations bring about an entirely new form of branding.

Dallas Empire has launched a number of limited-time merchandise drops ahead of the Call of Duty League.

Maintaining a crown as the focal point of new branding heading into the Call of Duty League, two of the logos on display feature a more yellowish theme than the golden coloring we know today.

One design placed the crown front and center while another had it resting over the ‘E’ in Empire. Set out with a more poppy and playful font, hastr0 highlighted that these iterations simply “weren’t it.”

Ian ‘Crimsix’ Porter appears in an alternative Empire jersey for another graphic that didn’t quite make the final cut. Moreso resembling the final branding than any other image on display, this creation features a similar crown-based Emblem yet appears distinctly different due to its brighter color scheme and more grungy font.

Lastly, another creation does away with the crown-based concept and opts for a horizontal ‘E’ instead. The actual lettering in this iteration is disjointed while the logo itself is one fully connected letter.

These are a few of the @DallasEmpire logos that weren’t it. pic.twitter.com/2ep2cRFWZ6

With reports of up to $40 million being spent to secure spots in the Call of Duty League, it’s no surprise that a great amount of effort went into defining the visual appeal of each and every brand.

Outlining how there were “many more” designs that didn’t make the final cut, perhaps those too will see the light of day in the near future.

Dallas Empire takes to the stage for the first Call of Duty League match on January 24 against the Chicago Huntsmen.