The second week of the ‘Liberty Strike’ Community Event in Call of Duty: WWII brings a new set of challenges, Double XP opportunities, and more.

Since its release in November of 2017, multiple ‘Community Events’ have been introduced into CoD: WWII in order to bring a new ‘theme’ to the game for a limited time.

Liberty Strike, the most recent Community Event at the time of writing, aims to bring a sense of ‘national pride’ with new outfits, accessories, and other forms of in-game content being made available to represent different countries.

On July 10, Sledgehammer announced the schedule for Week Two of Liberty Strike, which will take place until Monday, July 16. 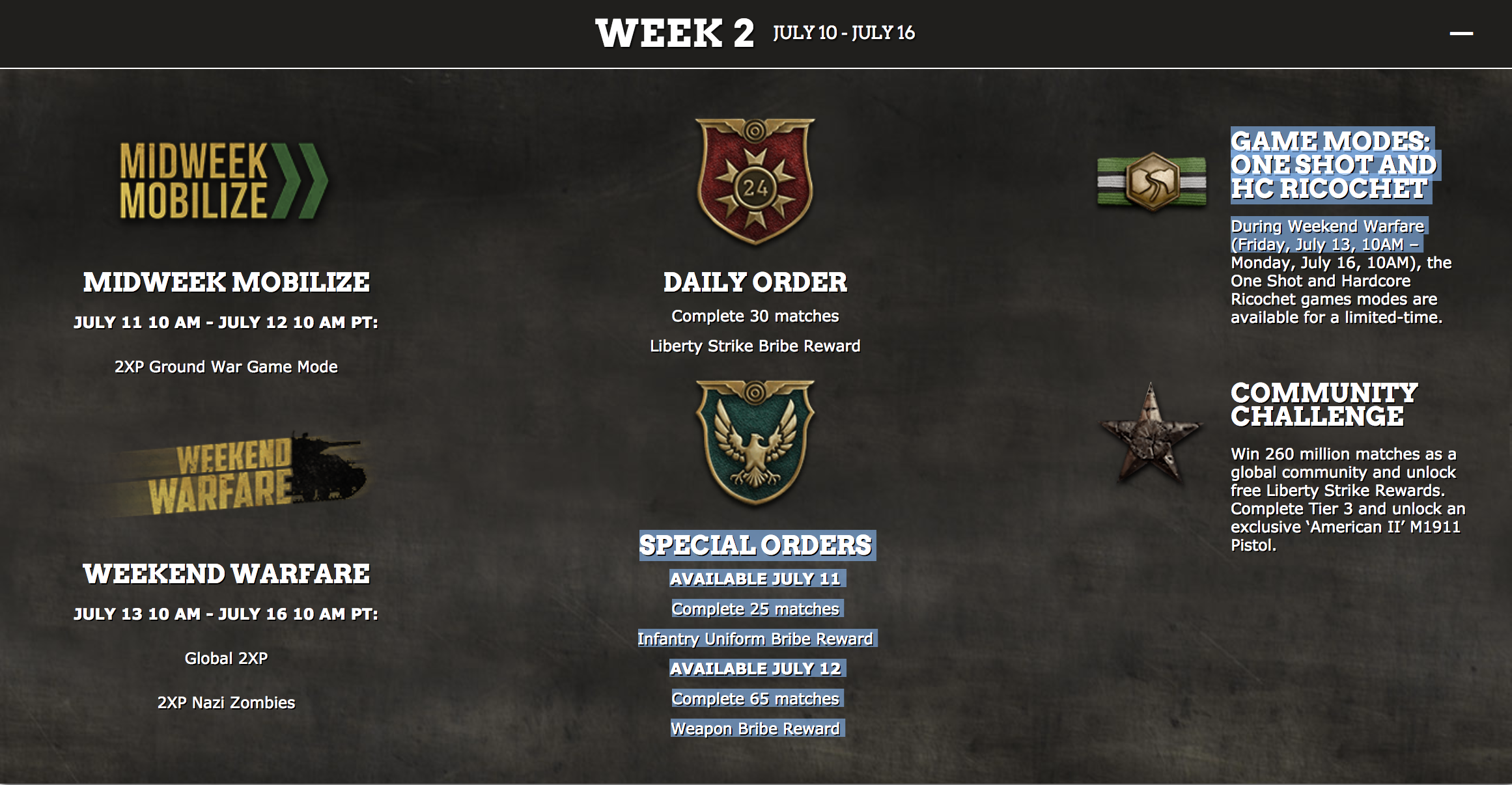 ‘One Shot’ and Hardcore Ricochet modes will also be live during Weekend Warfare, however, it is unknown if they will stay following the completion of Liberty Strike.

Liberty Strike in Call of Duty: WWII will be live from July 2 to July 24, with more information able to be found on the official CoD website.