Despite being known for his incredible Fortnite skills, Ghost Gaming’s Aydan ‘Ghost Aydan’ Conrad has sent out a challenge to all Call of Duty professionals and FaZe Clan members.

Aydan has found fame as a professional Fortnite player in Epic Games’ third person battle royale, to the point where he has over 300,000 YouTube subscribers.

The American has featured at numerous Fortnite tournaments, notably pairing with fellow console player Nick ‘NICKMERCS’ Kolcheff, and has won over $140,000 in prize money. It seems that Aydan believes his skills are transferrable though, and has taken aim at Call of Duty pros and their sniping ability. 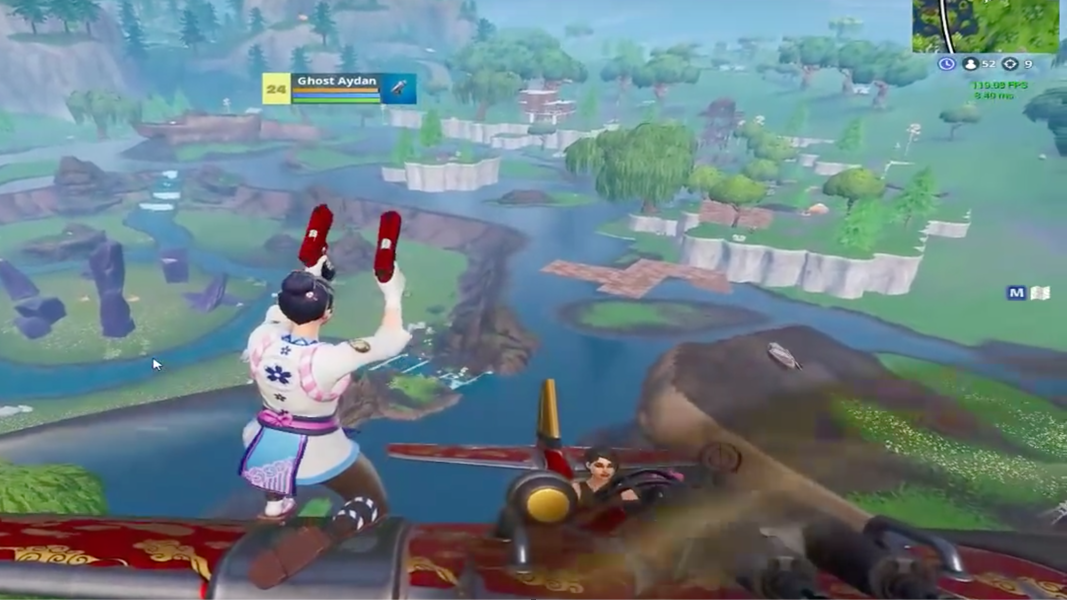 Aydan has impressed on Fortnite by being able to compete with PC players, despite playing on PS4.
[ad name=”article2″]

A game which is synonymous with consoles and controllers, Call of Duty has a large community who focus on the popular art of ‘quickscoping’; the ability to kill an opponent while scoping in and out of your weapon with incredible speed.

This has become a sought after skill among CoD players, with many entertainers in FaZe Clan and OpTic Gaming renowned for their talents in this department.

On March 14, Aydan tweeted out that he “will challenge any pro or FaZe member to a $1,000-$10,000 1v1 quickscope match”. He also said he’d be happy to do this on four CoD games, listing Modern Warfare 2, Black Ops 2, Modern Warfare or Modern Warfare Remastered as potential games for this challenge.

The tweet provoked a significant response from many members of the CoD community, with numerous notable figures replying.

Austin ‘FaZe Pamaj’ Pamajewon has been considered one of the best CoD snipers of all time, and tweeted a suggestive gif of his interest, showing pro golfer Tiger Woods limbering up.

Ohhhhh you don’t want this smoke

At the time of writing, Aydan’s tweet has amassed over 12,000 likes, suggesting significant community interest in a potential match. Who do you want to see Aydan take on?