With just days after failing to qualify for the Call of Duty World League’s Pro League, FaZe Clan may be seeing one of their players already leaving the team.

James ‘Crowder’ Crowder, formerly known as ‘Replays’ and ‘Reep,’ has left a major hint on social media that he may be parting ways with FaZe.

On January 24, fans noticed that the longtime veteran had taken out ‘Pro CoD player for FaZe Clan’ out of his Twitter bio, immediately sparking rumors of his retirement.

Spoonbill, the service that tracks changes people make to their Twitter profiles, confirms that Crowder had changed his bio to “Call of Duty World Champion,” as well as included his girlfriend’s Twitter handle. 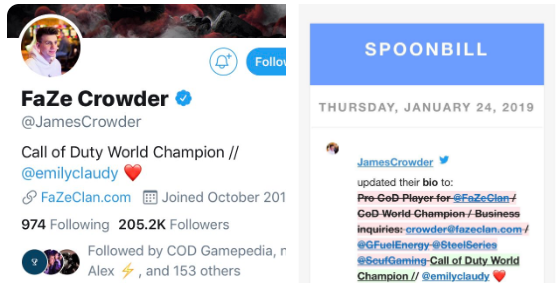 With neither Crowder nor FaZe having made any official announcement regarding a roster change, this should be treated as nothing more than speculation, especially since he still has his name as FaZe Crowder and does have the org’s website linked.

However, with the team out of contention for Pro League qualification, it’s hard to see Crowder playing in the Amateur Circuit with the hope of making it to a Pro League roster as a potential substitute player.

Furthermore, even before this change, many were already speculating that the 2015 World Champion would retire to become an analyst or a coach for a high profile team. 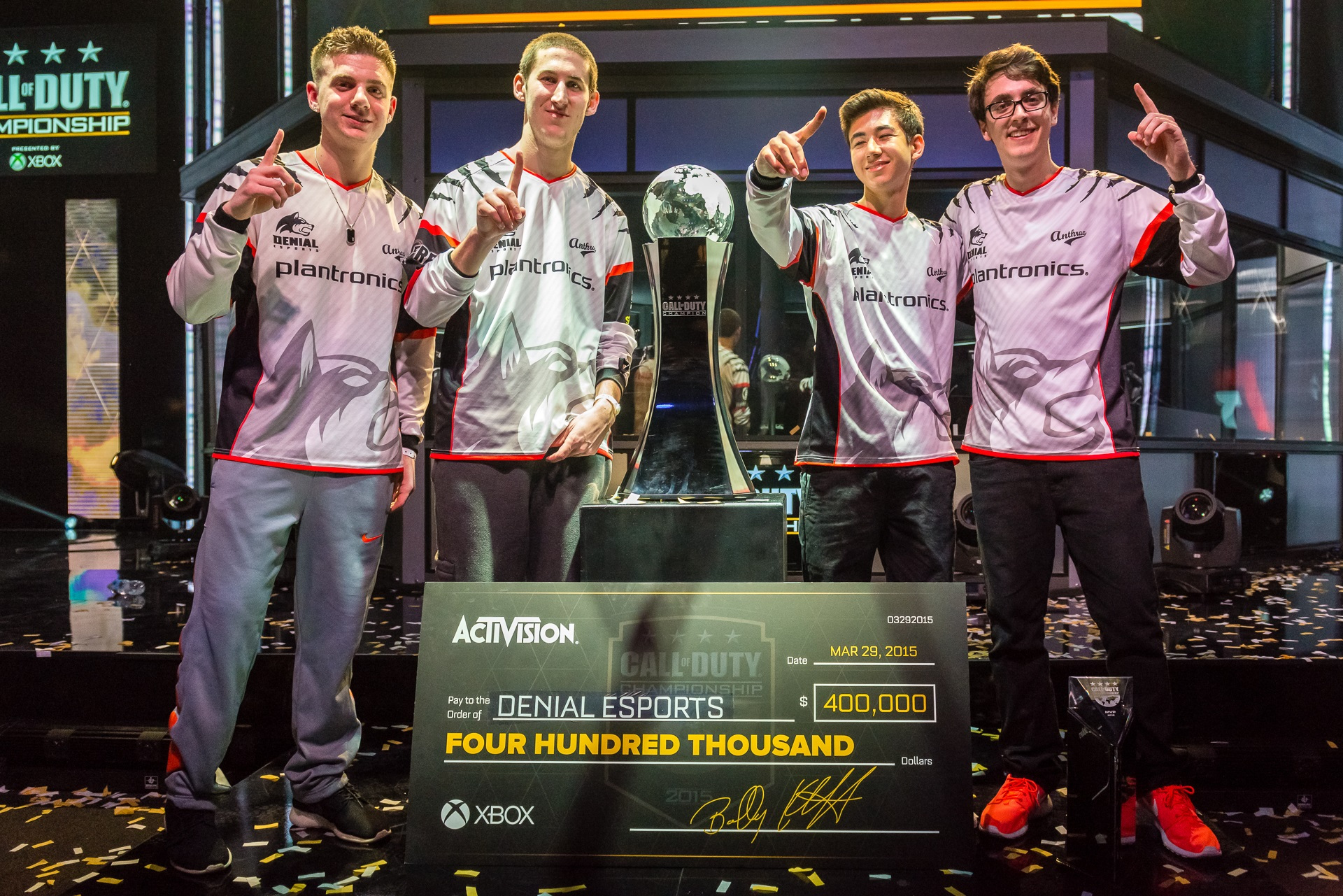 The peak of Crowder’s career came when he won the 2015 CoD Championship as a member of Denial Esports.

If these speculations hold true, this will not be the first time the Crowder has called quits on competing in Call of Duty. He first retired in 2016 and joined FaZe as a coach, as well as making cameo appearances at CWL/MLG events as a broadcast talent.

He came out of retirement during the Infinite Warfare season, joining Echo Fox for the 2017 CWL Championship before joining FaZe as a pro player at the start of the following season.