With Treyarch officially kicking off 115 Day with the launch of January 15’s v1.11 update, it’s time to look into everything the new Zombies Gauntlet mode has to offer.

Gauntlets were first teased on January 8 when Treyarch first detailed what would be coming to Zombies once the latest update dropped.

The round-based challenge mode is currently only available on Voyage of Despair with the ‘Unsinkable’ variant being selectable from the main menu. The second Gauntlet will become available in late January, according to Treyarch. 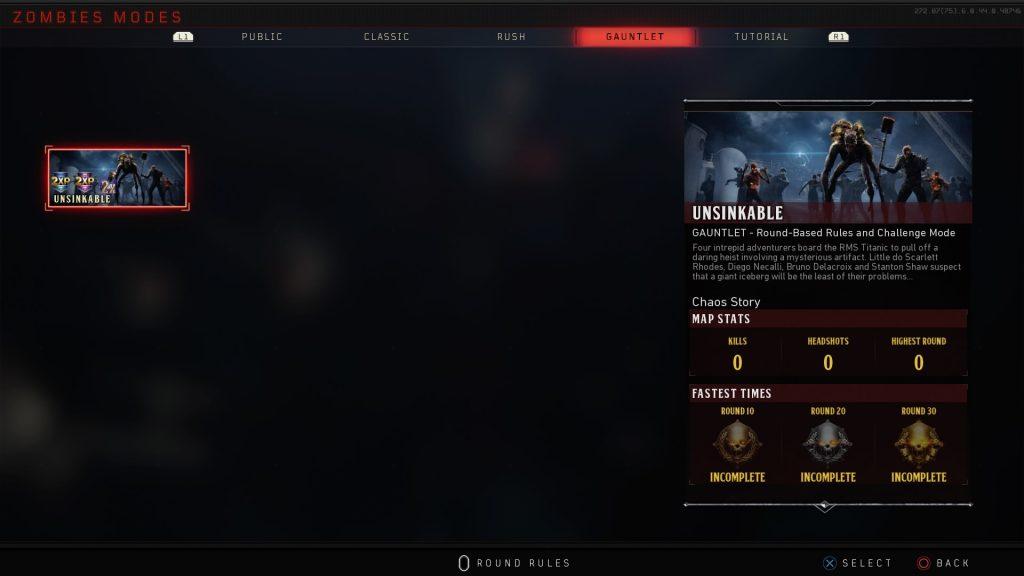 The new Gauntlets mode in Zombies can be easily found in the main menu.

There are 30 rounds in total, with each round featuring a different challenge for players to complete. Players will be rewarded with a medal and a calling card every 10 rounds during their first completion.

Failing a challenge, or going down, will give the player a strike and the game will end after three strikers are giving.

You can find a list of every challenge below:

Players will receive a special medal for every 10 levels completed in Gauntlet mode.

It’s also worth noting that although the challenges rotate each round, they overall 30-round pattern remains the same each time.

As such, Gauntlet mode will be a welcomed addition to those wishing to speedrun the mode and try to complete it with the fastest time possible.

There will be many more Gauntlets down the line during 2019, so be sure to follow us @DexertoIntel for everything you need to know about future Gauntlets.