Call of Duty player Preston ‘Prestinni’ Sanderson has put rumors that he is set to be dropped by eUnited to rest after speculation circulated that his time with the organization has come to an end.

Discussion regarding the future of eUnited’s roster started on Sunday, March 3, when a number of their players began to tweet cryptic clues that seemed to show frustration among the players, specifically from Prestinni and his brother Alec ‘Arcitys’ Sanderson.

While many believed that eUnited were just baiting Call of Duty fans – as has been the case in the past – it appears that the team were genuinely considering making a change, although those discussions seem to be now over. 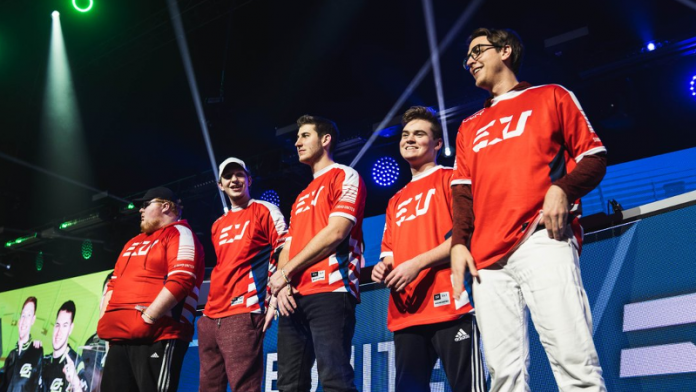 eUnited appeared set to make a roster change, but it seems that will no longer take place.
[ad name=”article2″]

Posting on Twitter on Tuesday, March 4, Prestinni stated: “Some things changed, so no changes with us will be happening any longer. Excited to get the team back on track and start practicing again. Putting everything that’s happened over the past few days behind us.”

Some things changed, so no changes with us will be happening any longer. It was never Clay’s fault so please stop sending him unnecessary hate. Excited to get the team back on track and start practicing again. Putting everything that’s happened the past few days, behind us. :grin::call_me_hand::skin-tone-2:

Sanderson also asked for fans to stop harassing his eUnited teammate James ‘Clayster’ Eubanks, who fans have blamed for the roster situation after an unconfirmed post from a Call of Duty Intel account stated that Clayster was the driving force behind the push to drop Prestinni, a claim that Eubanks vehemently denies. Clayster states that he has even received death threats regarding the roster move, something which he feels is unwarrented and extremely damaging to his public image.

“I don’t mind the rumors or the bait,” wrote Clayster. “It’s all fun and games until people start sending you death threats. What people think of me and my persona is my lifeblood, having dirt thrown on my name is where I have issues.”

my brand. This, in-turn, affects my livelihood. What people think of me and my persona is my lifeblood, having dirt thrown directly onto my name is where I have issues. I'm not trying to shame anyone for biting the bait or having fun with rostermania.

Tyler ‘aBeZy’ Pharris stated that the last few days of uncertainty regarding the roster had been “rough” but was excited to get back to scrimming with the team ahead of CWL Fort Worth and the return of the CWL Pro League.

It’s been a rough few days but excited to start back scrims with the team tomorrow. Goodnight:sleeping:

With Prestinni confirming that he will be remaining on eUnited, it appears that the line-up will remain unchanged heading into CWL Fort Worth which kicks off on March 15.

There are still a few days left for organizations and squads to make changes though, with the roster move window remaining open until Friday, March 8.