Twitch streamer Guy ‘Dr Disrespect’ Beahm made an eagerly anticipated appearance at the 2019 CWL Championships on August 16, and revealed the one Call of Duty pro he’d love to team with.

Dr Disrespect is one of Twitch’s biggest names, and even worked on Call of Duty: Advanced Warfare as a level designer. He was drafted in on August 16 by Treyarch, as a special guest for the ongoing CWL Championships.

Among other things, the two-time was invited onto the analyst desk alongside lead presenter Katie Bedford, and a host of ex-pro players. While on the desk, Bedford posed the question, “Of all the Call of Duty pro players, who would you team with?” 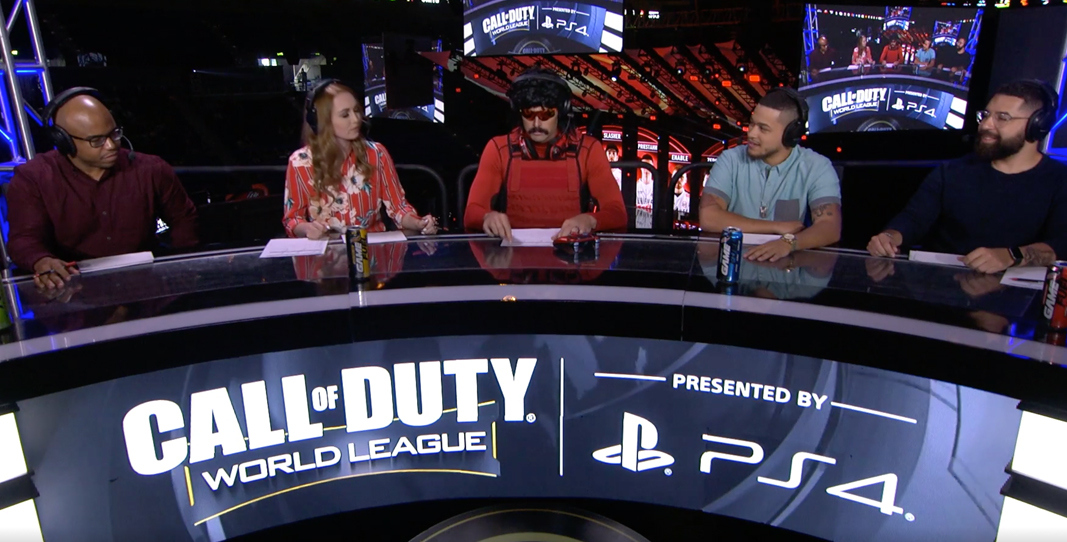 The Doc joined the analyst desk and contributed to a number of funny moments.
[ad name=”article2″]

“Who would I team with? I’m going with Karma,” said the Doc, prompting a cheer from the crowd. “No hesitation. One of my all time favorites.”

Damon ‘Karma’ Barlow is generally considered the best Call of Duty player of all time, and is currently the only player to hold three world championship rings. His OpTic Gaming roster are looking strong at CWL Championships, unbeaten in the tournament so far.

However, after making his pick the Doc pulled out a flip phone and took an urgent call from fellow OpTic player Seth ‘Scump’ Abner. “It’s just for the broadcast,” joked the Doc. “You’re still one of my favorites.”

After hanging up his ‘phone call’ with Scump, the Doc immediately returned to a straight face, stating unequivocally that “it’s Karma.” This prompted laughter from the analyst desk, as the Doc brought his trademark humor to the CWL’s broadcast.

Dr Disrespect’s ‘Call of Duty stats’ were then brought up, showing an incredible set of numbers, including a 5.28KD in Hardpoint, 6.26 in Control and ‘Infinity’ in Search and Destroy. 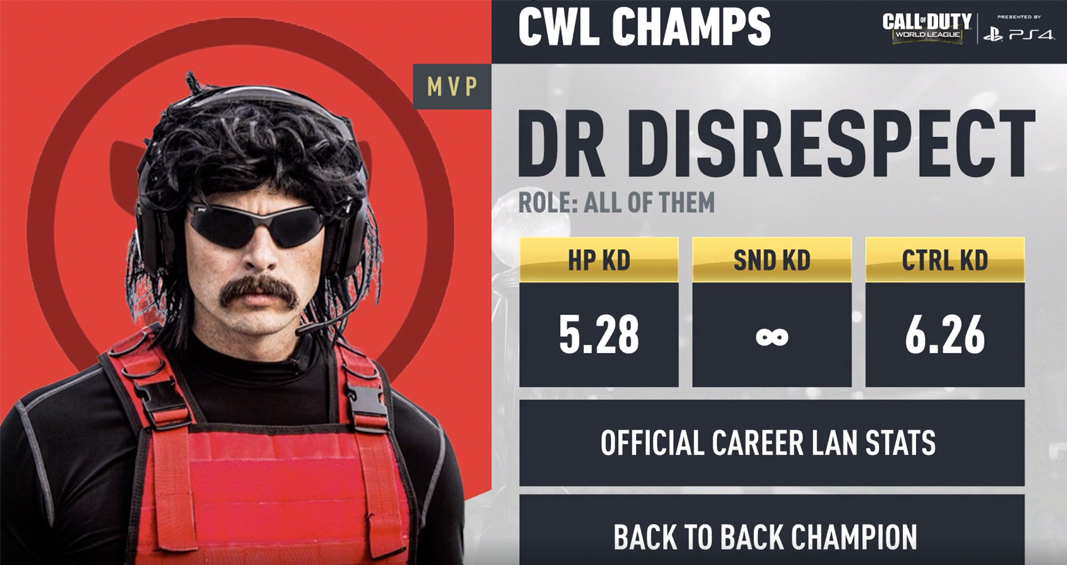 The Doc has been putting up some impressive numbers.
[ad name=”article4″]

The Two-Time stated role was also listed as “all of them”.

You can stay completely up to date with all of the fixtures and results at CWL Championship at our dedicated hub.

OpTic Gaming, the roster featuring the Doc’s ideal teammates, kick off their Saturday against Enigma6 in the Winners Bracket Round 2.