Tensions are rising ahead of the Call of Duty League’s inaugural opener in January, 2020. With so much on the line, teams will be looking to get off to a hot start in the series’ first-ever franchised league.

Dallas Empire have been the team to beat so far, and their success in Search and Destroy can be partly attributed to MuTeX — who doubles up as both a substitute and S&D analyst. 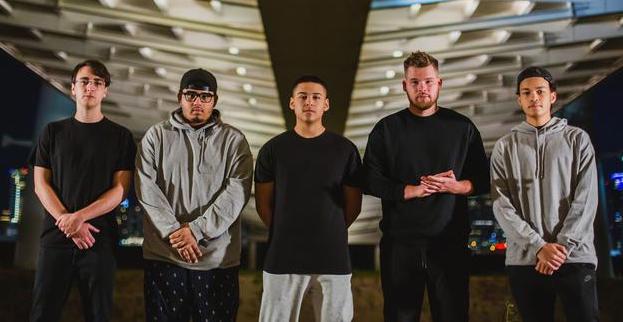 As the pair were exchanging verbal blows, Saouma used a slew of offensive language while accidentally streaming the full exchange to his Twitch channel.

Immediately after realizing that the exchange was caught on-stream, MuTeX terminated the broadcast.

Given the Canadian’s newfound position in the CDL, he was quick to issue an apology to his Twitter following.

“I’m pretty sure I just ruined my career, because of a stupid mistake I did,” Saouma opened. “I’m very sorry to everyone I potentially offended. I want to apologize to the org, Dallas Empire – everyone on the Empire squad – for disappointing you guys.”

He subsequently went on to explain the context behind the derogatory remarks: “From the bottom of my heart, nothing [that] I said was malicious. As sad as this sounds, it was a joke… A very, very bad joke — and I understand the precautions you guys might have to take.”

Long-time friend and teammate, zChaBouD, was in “disbelief” at the backlash, despite the comments being directed towards him. Following up on MuTex’s tweet, he posted: “I’m not condoning the language that was used, but everyone makes mistakes, and people use words they don’t mean when they are f**king around or in a argument…”

to make charles look bad. Im not condoning the language that was used but everyone makes mistakes and people use words they dont mean when they are fucking around or in a argument with a BROTHER. HES LIKE A SIBLING TO ME.

However, in the wake of the apology, some were quick to question MuTex’s sincerity. Fellow CoD pro and two-time world champion, Patrick ‘ACHES’ Price, was quick to respond in the same vein, claiming that he has “no respect for that behavior.”

No respect for that behavior brotha!

In light of the comments made by those responding to his apology, the Canadian posted another video to his Twitter following, stating that “nothing is fake about my emotions right now.”

Nothing I said last night was a fucking act. To everyone under the impression I don’t care about what happened or care about the consequences of my actions I 100% care for fuck sake I couldn’t sleep. To ever is happy about my down fall please just block me and move on man pic.twitter.com/Suzb7I1OBW

Seattle Surge Flex and three-time world champion, Damon ‘Karma’ Barlow, jumped to MuTex’s defense, by comparing the CoD pros language to that used by Félix ‘xQc’ Lengyel on a Twitch livestream the day before, and how the Overwatch pro hasn’t faced the same extent of backlash.

This thing with Charles is honestly so ridiculous. Should you say that? No. But just yesterday watching rust with 20K veiwers XQC said the SAME words on TWITCH probably about 5 times in a matter of minutes and the entire chat was laughing probably because he didn't actually

“Should you say that? No,” Karma said. “But just yesterday, watching rust with 20K viewers, xQc said the same words on Twitch probably about 5 times in a matter of minutes.”

Neither Dallas Empire or any of MuTex’s fellow team members have commented on the incident at the time of writing.