The Call of Duty franchise based in Dallas has announced that legendary veteran player Ian ‘Crimsix’ Porter will be the final member of their starting lineup for the 2020 CDL season.

Envy Gaming’s Dallas Call of Duty franchise is one of 12 organizations that will be participating in the 2020 CDL season – the inaugural campaign for the esport’s transition to a franchise-based model.

During the week of October 14-18, the team announced one member of its starting lineup per day, starting off with defending World Champion  James ‘Clayster’ Eubanks.

Saving perhaps the biggest announcement for last, they revealed Crimsix to be their fifth starting player on October 18, confirming what many had already been speculating after clues had been dropped earlier in the week.

“How everything went down?” Crim said in his cinematic announcement video. “How the last years have gone? It’s all white noise now. It’s all behind me. But I will never forgive, and will never forget. Most players, they want to be the best, but I’m way past that now. It’s about cementing myself as the greatest of all time.”

It will undoubtedly take a while to get used to seeing Crimsix in a jersey that’s not emblazoned with the green of OpTic Gaming.

He joined the Green Wall back in 2014 and quickly established himself as an integral part of what later became known as OpTic’s ‘dynasty roster,’ along with Scump, FormaL, and Karma.

He ended up winning 19 major tournaments with the organization, bringing his total to 32 and making him the winningest player in CoD history, and second in esports overall, behind Halo legend and current Florida CoD GM Tom ‘OGRE2’ Ryan.

Unfortunately, it appears that his time with OpTic did not end on good terms, as he claimed that he was “forced out” by former teammates, leading to him announcing free agency in early September. 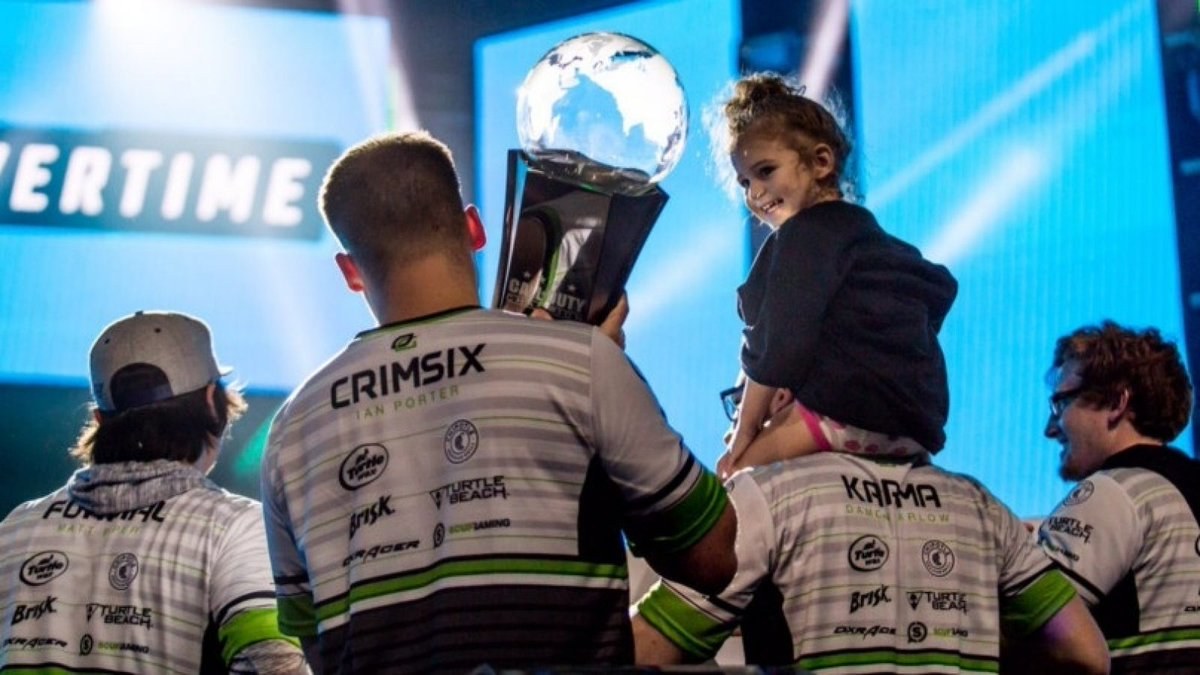 Speaking of OpTic, they did Crimsix the honor of giving him a proper farewell on social media after the announcement went live, posting a collage of his most memorable moments and captioning it with a goodbye message.

“Today, we part ways with Ian ‘Crimsix’ Porter,” they tweeted. “We thank him for his time and skill, and the passion that he put toward OpTic for the past five years. We wish him nothing but success and look forward to his next adventure with CoD Dallas.”

Today, we part ways with Ian @Crimsix Porter. We thank him for his time, skill, and the passion that he put toward OpTic for the past 5 years. We wish him nothing but success and look forward to his next adventure with @COD_Dallas. pic.twitter.com/GAV5b3W8PD

While this completes Dallas CoD’s expected starting lineup for the 2020 season, it does not mean that they will not be making any more player signings.

With organizations required to have at least seven players, and mid-match substitutions having been confirmed as part of the competitive format, fans can expect Dallas to make more announcements in the near future.

That said, the collection of players they’ve already put together is quite fearsome, as it combines the veteran leadership and experience of Clayster and Crimsix, the already established talent of Huke, and the young and raw skill of both iLLeY and Shotzzy.

Keep up with all of the offseason roster moves and player announcements via our dedicated CDL RosterMania hub.