July 5th marked the second day of the final week of action for Division A teams at the CWL Pro League Stage 2, after everyone had the day off on July 4th in honor of Independence Day.

With a full slate of five matches on the schedule, a series of intense matchups and wild upsets gave further clarity to the Playoff picture heading into the final day.

The day started off with Playoff-bound Red Reserve clinching the top seed of Division A with a 3-2 victory over Team EnVy, who had a day to forget at the Pro League.

That was followed by a meeting between two already eliminated European squads purely playing for pride as Splyce took care of Epsilon eSports 3-0.

After a brief power outage, Team Kaliber got their fourth win in a row and secured their ticket to the Playoffs with a 3-0 demolishing of Evil Geniuses.

After coming in to Week 6 in third place, EG now find themselves under real risk of missing out on the postseason. 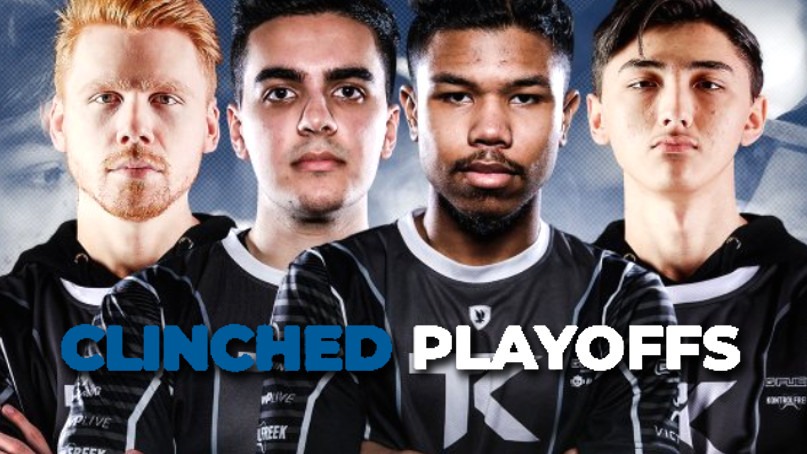 Perhaps the biggest upset of Stage 2, the 0-12 Epsilon got their first win and eliminated EnVy all at once via a swift, 3-1 shocker. With EnVy out of Playoff contention, Echo Fox automatically clinched a spot.

Perhaps that was for the best as Echo Fox then got dismantled 3-0 by FaZe Clan to finish off the day. The win gave FaZe a solid chance of sneaking in as the fourth Playoff team, a prospect which many have seemed unrealistic several weeks ago.

.@FaZeClan back in playoff positioning! They will head into the last day of matches in control of the 4th and final spot in #CWLPS4 Stage 2 playoffs! pic.twitter.com/Cslvfs1y3G

A victory in their Day Three match against tK, or an Evil Geniuses loss against EnVy, would ensure FaZe a spot in the postseason.

Below you can find all of the scores for the Day Two matches, along with a live look at the Division A standings. For all scores, schedules, rosters, standings, and live-stream, make sure to visit our dedicatedCWL Pro League Stage 2 hub.