The Black Ops 4 devs shared a full breakdown of their upcoming Contracts on June 20 which will be giving its players tons of new ways for earning in-game rewards with constantly rotating challenges.

Treyarch knows its community have been wanting a more steady avenue for getting in-game items and rewards. Previously, the devs were hit with harsh criticisms on all sides for pay-to-win weapons or other controversial armaments found within Reserve Crates.

But it looks like the devs are in maintenance mode and are releasing an alternative form of earning some of the game’s more elusive items, if a player is willing to put the time in the game. 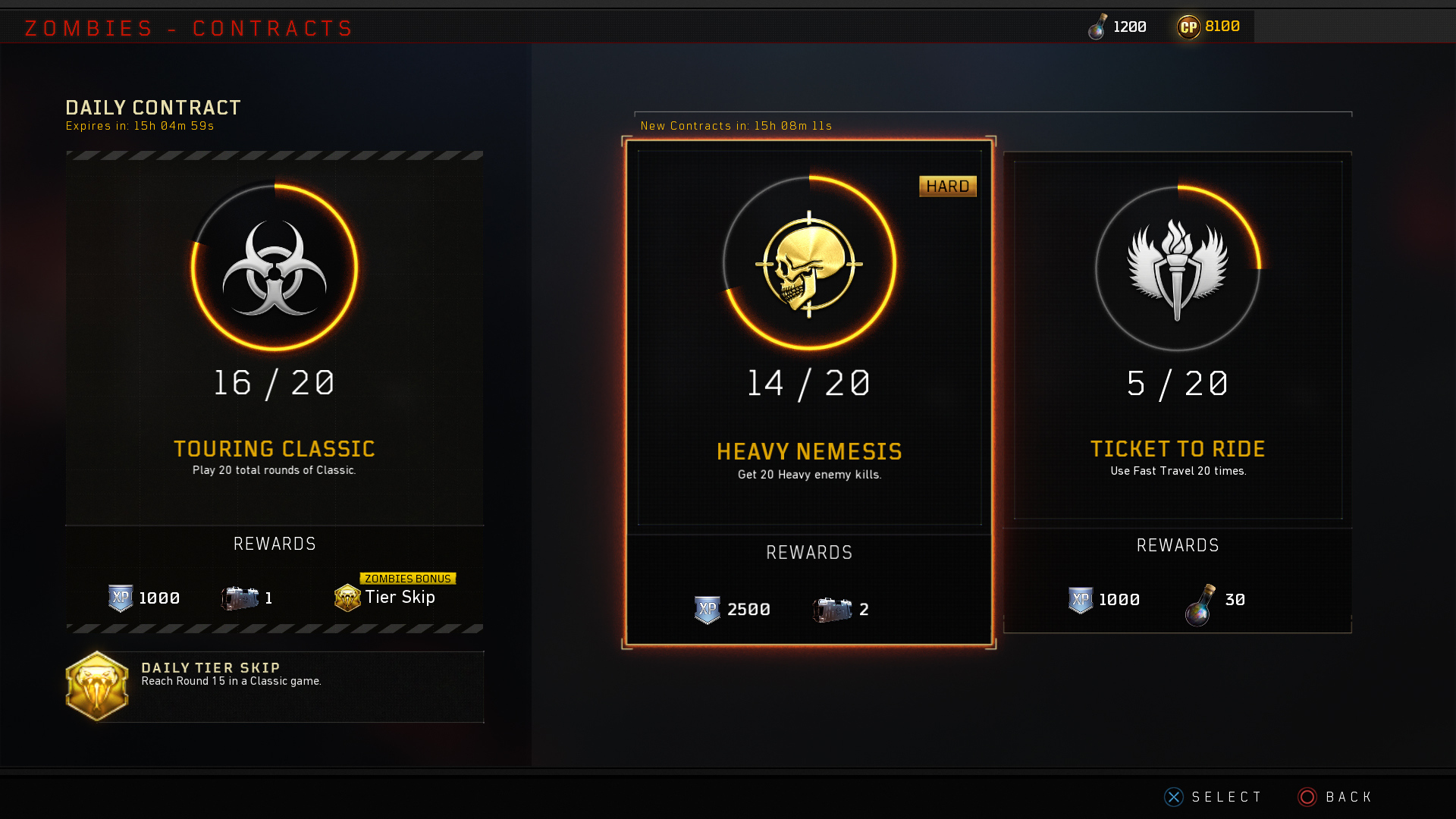 Players will be getting tons of Contracts to finally get those coveted in-game rewards.

Coming to all platforms on June 25, the Black Ops 4 player base are going to get a massive amount of Contracts to complete. Every mode in the game is going to carry its “own unique challenges to complete,” with total freedom on how players fulfill the challenge.

With that said, a global Daily Contract will be available to players along with six Active Contracts to choose from in every mode. Since there’s four modes in Black Ops 4, that gives players about 28 Contracts readily available to complete at any time.

However, players will have to stay on top of their tasks since only three Contracts can be “active” at once; one Daily along with two “player-selected” Active Contracts.

As the name suggests, the Daily Contracts will refresh every 24 hours, regardless if it’s completed since it will be replaced by a new one the next day. 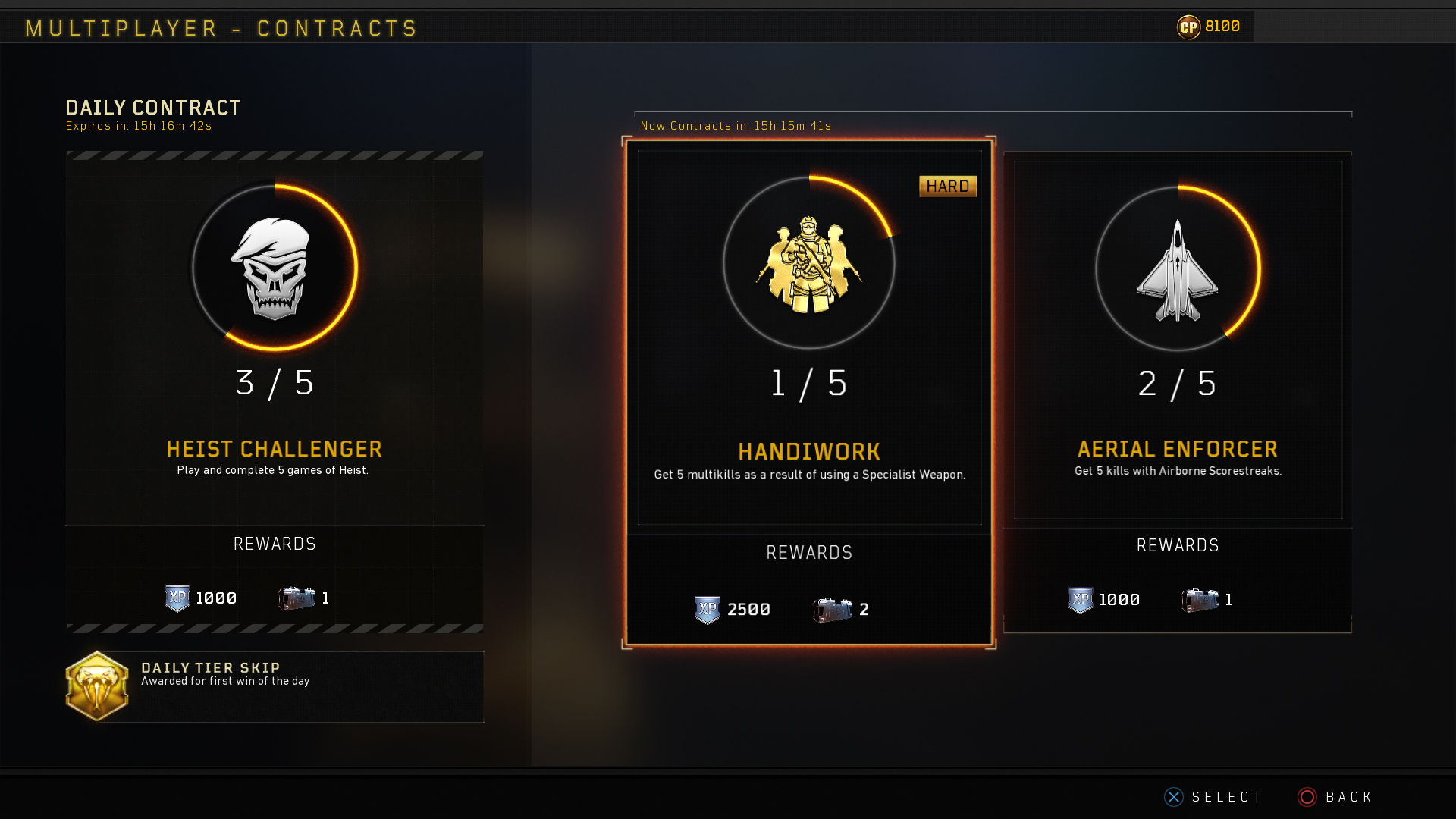 From Daily Contracts to Active Contracts, there’s going to be a wide variety in challenges for players to complete.
[ad name=”article3″]

On the other hand, those Active Contracts will “refresh at regular intervals.” Upon activating a Contract, players can make as much progress they want on it. If they choose to activate a different contract in its place, they will still retain the progress made while its on standby.

While the pool of Contracts eventually get swapped out, if you’ve been making tons of progress on an activated Contract, it will never expire. This means that progress will be lost only on the inactive Contracts that have yet to be completed.

In any pool of Contracts there will be two types that players can activate, Standard and Hard Contracts. The Standard can range from getting “5 kills with Airborne Scorestreaks” while a Hard one is something like getting “5 multikills as a result of using a Specialist Weapon.”

While not impossible on both fronts, there’s obviously a disparity of difficulty when choosing which Contract to activate. 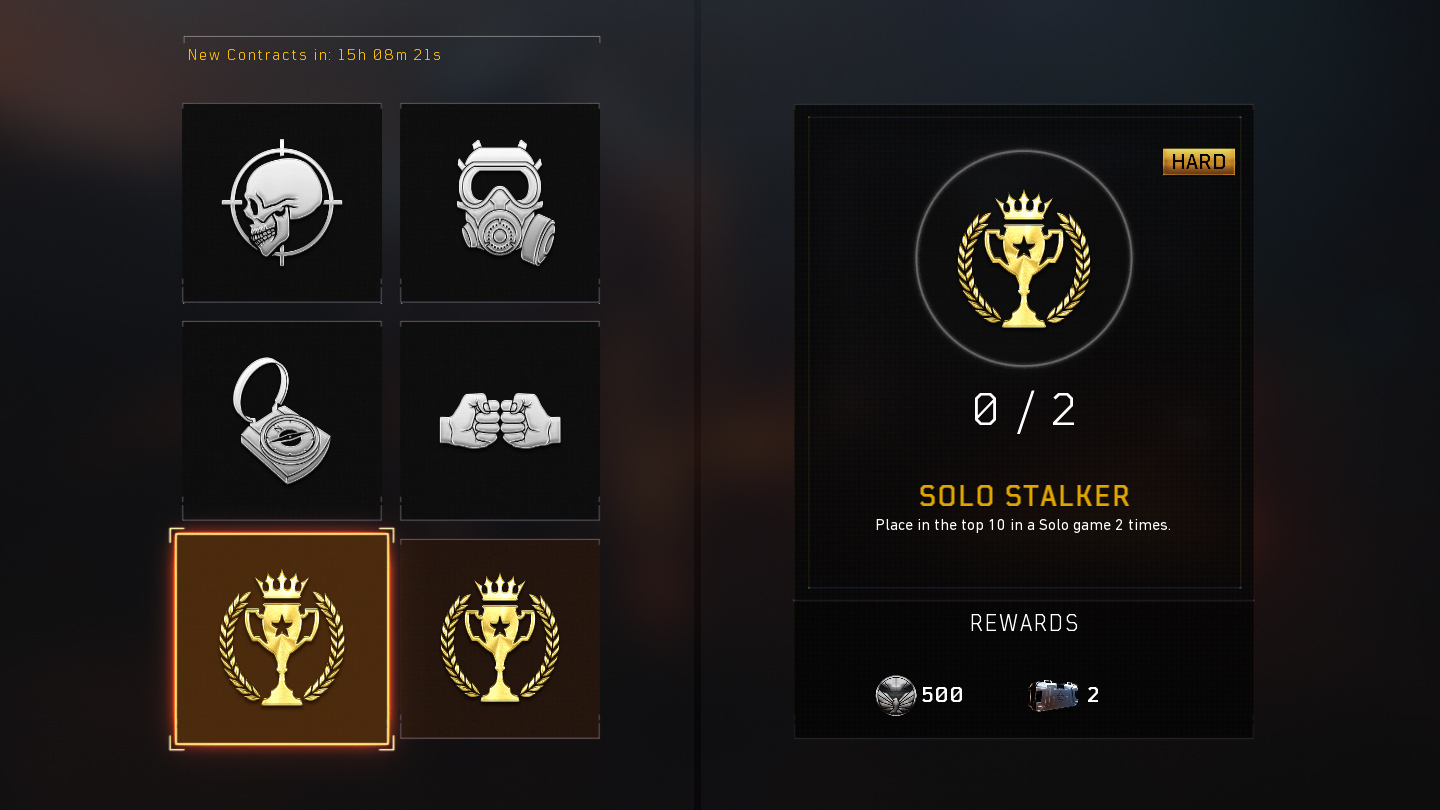 The harder the Contract, the better the rewards in Treyarch’s new system.

Rewards upon Completing a Contract

Finished Contracts can give out great rewards like a Reserve Crate or two. Moreover, Bonus XP can be earned for any of the Multiplayer, Zombies and World League modes.

But for Zombies specifically Contracts can even hand out Bonus Nebulium Plasma, meanwhile Blackouts players can get Bonus Merits.

The new Contract system will not affect the Reserve Case drop rate that players already get by just playing games. Similarly, Daily Tier Skips will also be unaffected in all modes by the new Contracts in Black Ops 4. 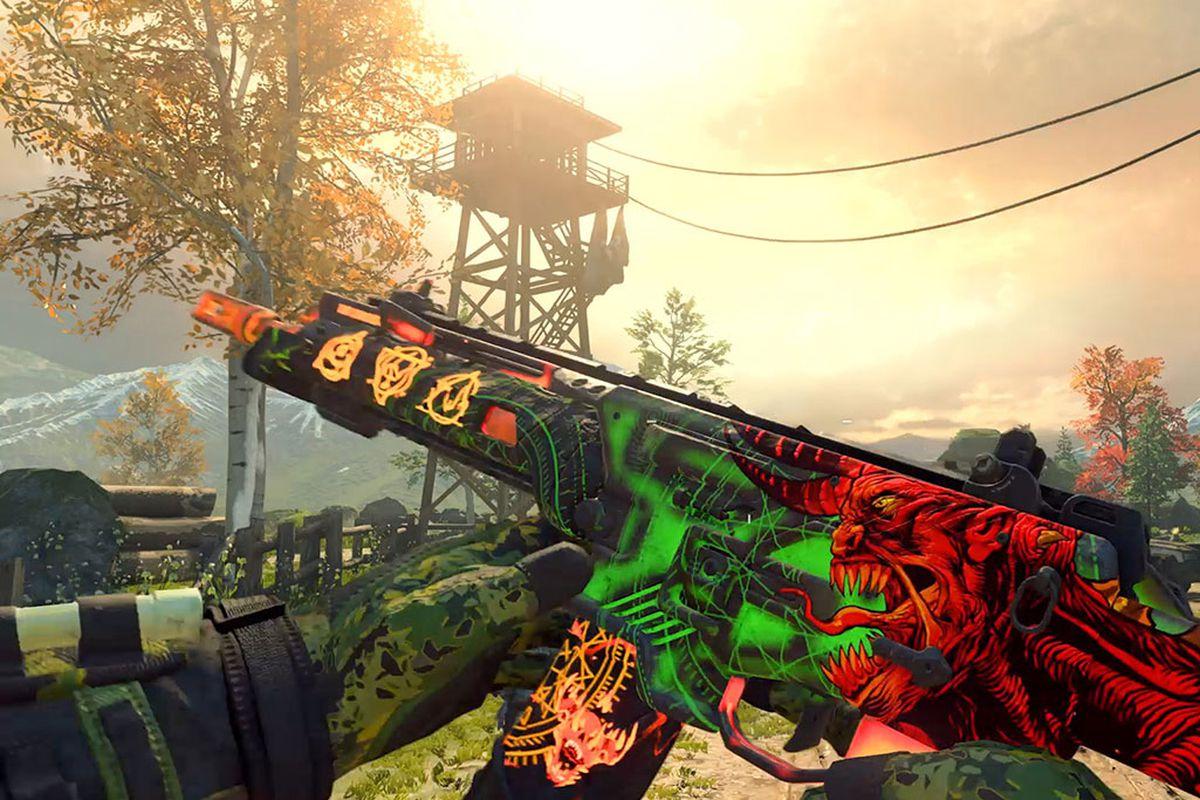 Contracts will open up the game for players to access better items.

While the new Contract system will give players a lot of opportunities to get new rewards, Treyarch is also changing their Weapon Bribes feature in an “upcoming update.”

Furthermore, it looks like Treyarch are preparing a “new special event” within the current Operation that will let players earn an Ultra Weapon Bribe through Contraband, with more options in the future to complete their Black Market weapon collection.

It seems as if Treyarch are pulling out all the stops to get players back into grinding games with Contracts, which will hopefully let more people get their hands on some of the more rare items in the game.