CoD Zombies fans are preparing to wrap up the Cold War cycle and see Vanguard’s era begin but bugs are still running rampant and ruining games.

Cold War Zombies is a strange experience, at the best of times. The beloved game mode still serves up thrills, but it can be at a frustrating cost. Many players have and still continue to encounter game-breaking bugs. Thought to be patched out with each update, these problems still persist.

A lucky few have never faced these issues. However, one player has come to blows with them far too many times.

They’ve had so many problems from Zombies to the extent they now record each issue by hand.

When Cold War first shipped in November 2020, the first wave of next-gen consoles had just released. Due to their emergence on the scene, these consoles are mostly forgiven for any initial bugs like hard crashes. It’s definitely scary to witness those kind of issues, when a console is fresh out the box. A few issues are tolerable, but over 70 instances is next level.

For Reddit user Admirable-Community8, their Zombies problems are mounting by the day. Dating back to the release of Firebase Z, there are a plethora of issues to sort through.

This unfortunate player has seen it all by the looks of it. From being unable to swap weapons, perks not working and freezes, the list is seemingly endless. There is plenty of room left for more too, as their notebook is filled with bizarre glitches. It’s even more brutal when the amount of points earned per game is highly exponential. 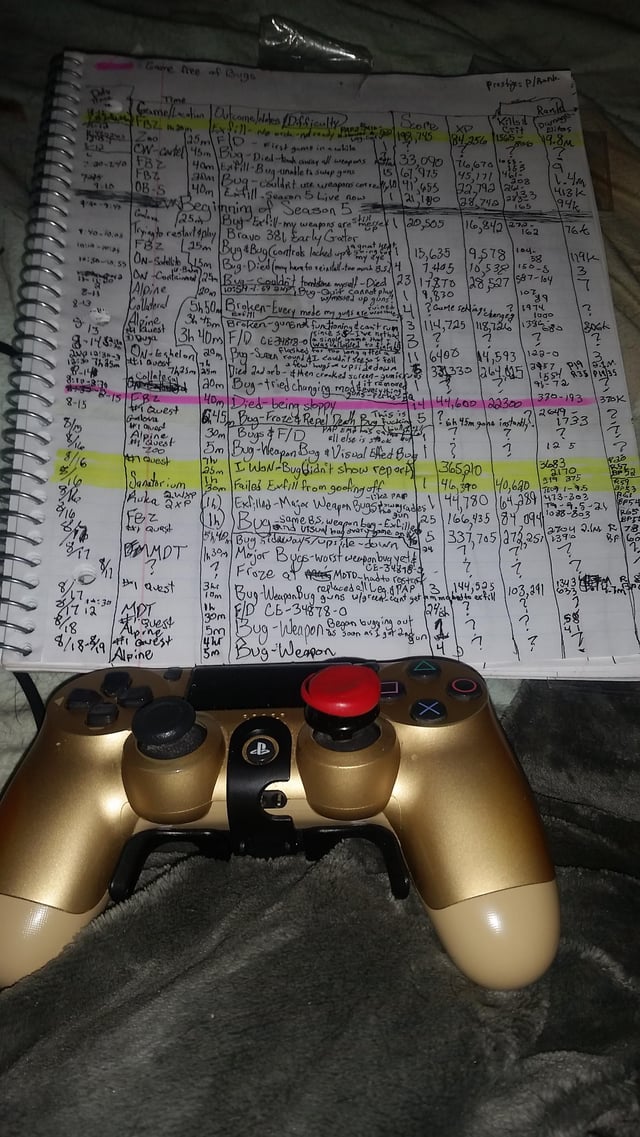 Fellow Zombies players are understandably shocked by the sheer amount of fails. “Holy sh*t lol, I haven’t had that many bad games” commented one confused user. “I’ve redownloaded the game 2 times now,” the unlucky player said in response to others suggesting fixes.

It appears that they’ve tried to use every last trick in the book. As Cold War Zombies begins to conclude its cycle, fans are hoping that these issues are addressed pre-Vanguard’s launch.