Call of Duty legend Damon ‘Karma’ Barlow popped off in his first Modern Warfare Beta in an explosive way by launching a Tactical Nuke.

Infinity Ward released the early access for the Modern Warfare Beta on September 12, and players have been diving in to see what the next iteration of the epic franchise has in store for them.

But those who pre-ordered the game probably weren’t expecting to see a Tactical Nuke launched in the first hours of the beta being opened. But most games don’t have three-time World Champion Karma loaded up in the server. 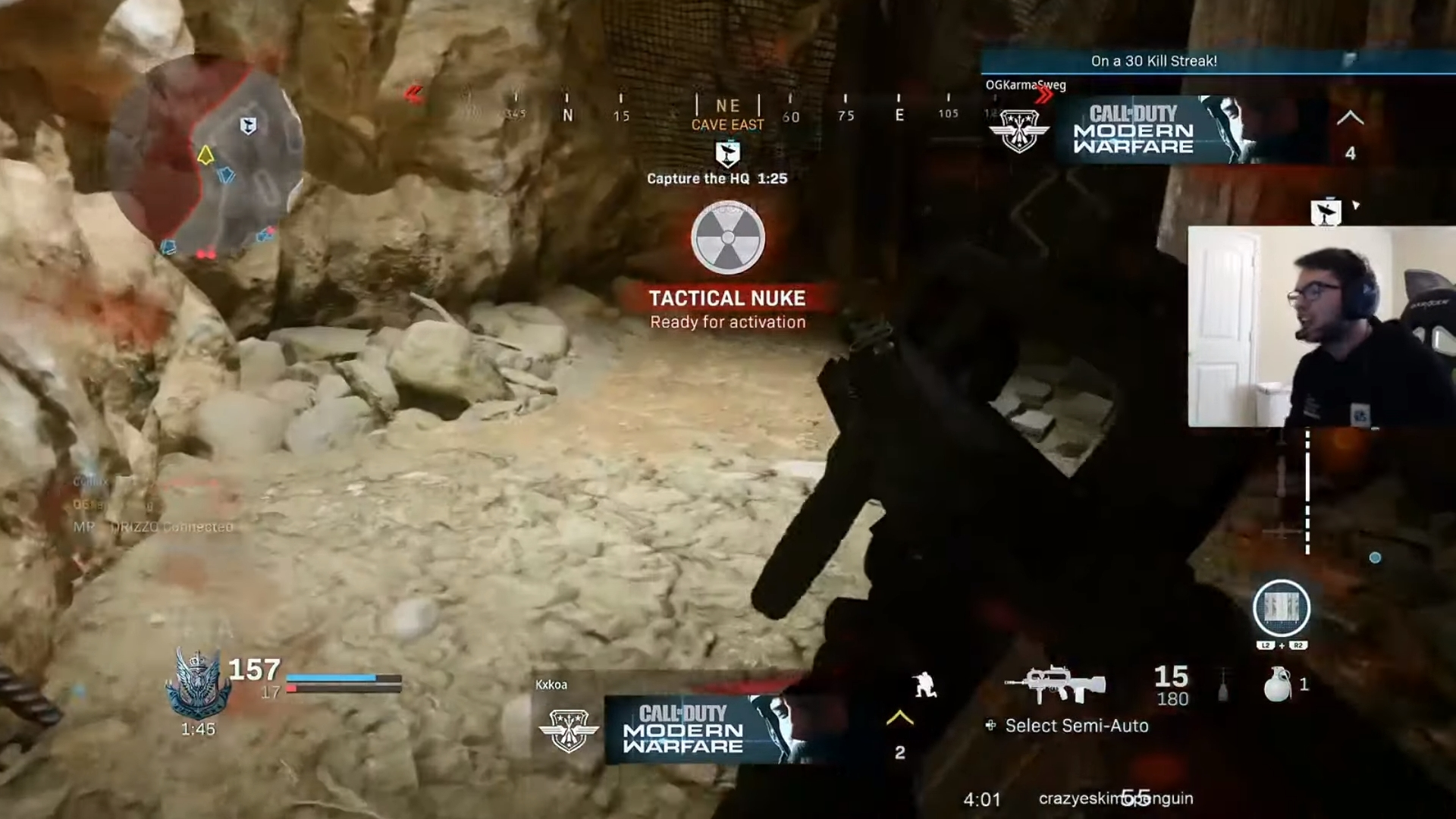 The pro breezed to his first Modern Warfare Tactical Nuke.

During his stream, Karma was still tinkering with options and the map’s layout to get a good handle on the brand new game.

After a few quick deaths to start up the Headquarters on Azhir Cave, the longtime pro started getting into the groove of the game.

Karma was slowly starting to ramp up his killstreaks, earning a UAV, a Cruise Missile and a Chopper Gunner. Though some of the rewards like the Cruise Missile confused the seasoned player.

Holed up in the caves on the map, the enemy team kept funneling into the caverns making them easy prey for the veteran pro. Karma quickly racked up 15 kills for his strong defense to the waves of incoming attackers.

With the help of eight kills coming from his Chopper, Karma was well on his way to the 30-kill reward. 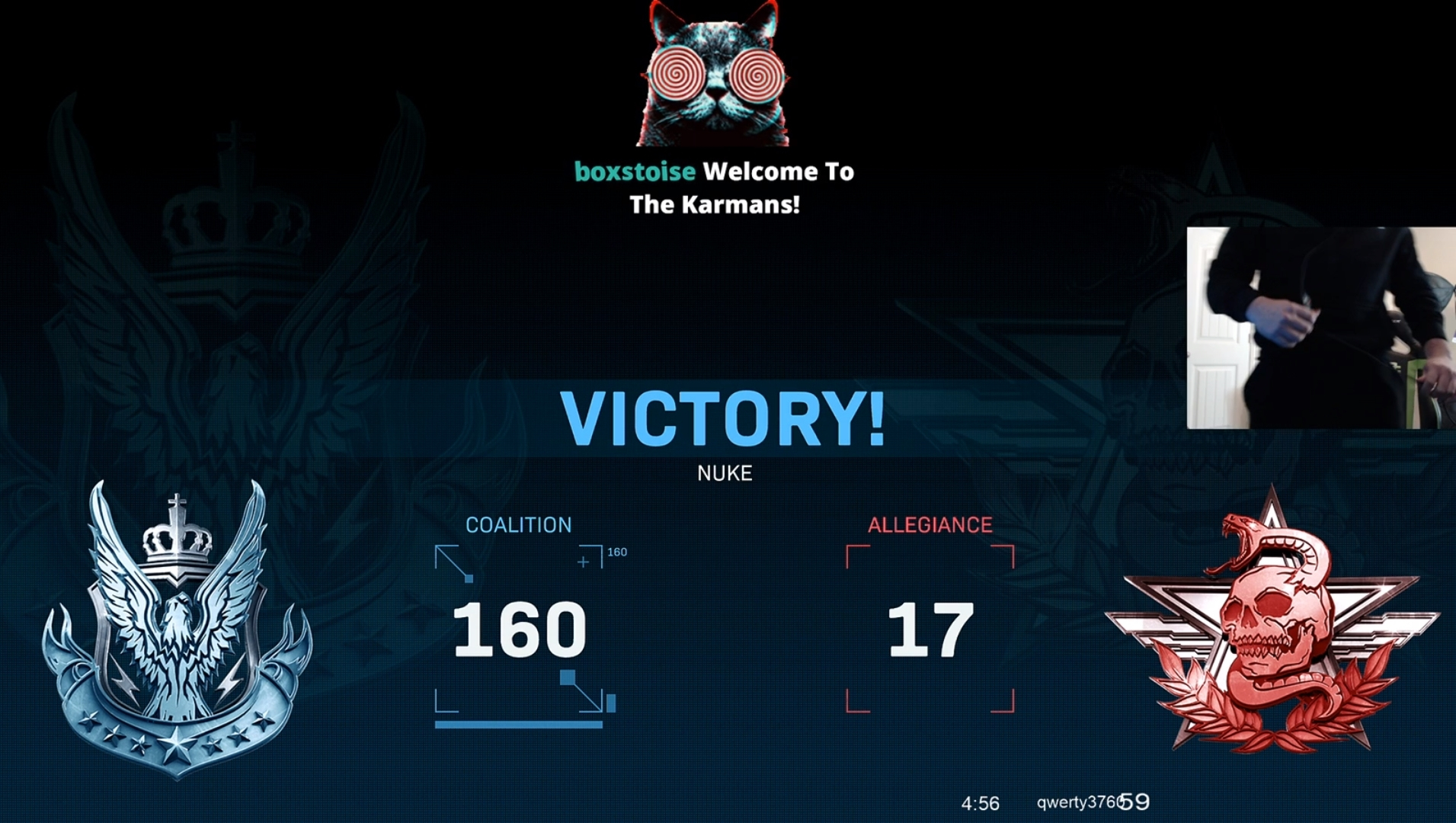 Karma destroyed his competition in his first game.

Most players start to feel the pressure of mounting kill streaks around here, but Karma navigated the map and won multiple 1v1’s that threatened his chance to get the coveted Tac Nuke.

After a few more simple engages back inside the caves on the map, he finally got the notification that all players strive to read: “Tactical Nuke – Ready for activation.”

He instantly popped off his chair after ending the blowout Headquarters match with a blaze. He ended the game with a 160-17 lead and had a 7.8 K/D Ratio with 55 kills and seven deaths.

Karma has been a beast on previous Call of Duty games, and it looks like he’s going to continue that trend when Modern Warfare officially releases on October 25.