After fears for eUnited dropping him, James ‘Black Ops 4 squad stayed together leading up to CWL Fort Worth.

Clayster helms a team comprised of incredibly talented CoD players, but recent rumors and tweets revolving around the troubled team has raised questions about their composure going into Texas.

In a Hot Mic interview with Clint ‘Maven’ Evans, Clayster revealed a bit more about his situation during the darkest moments of the team’s recent turmoil. 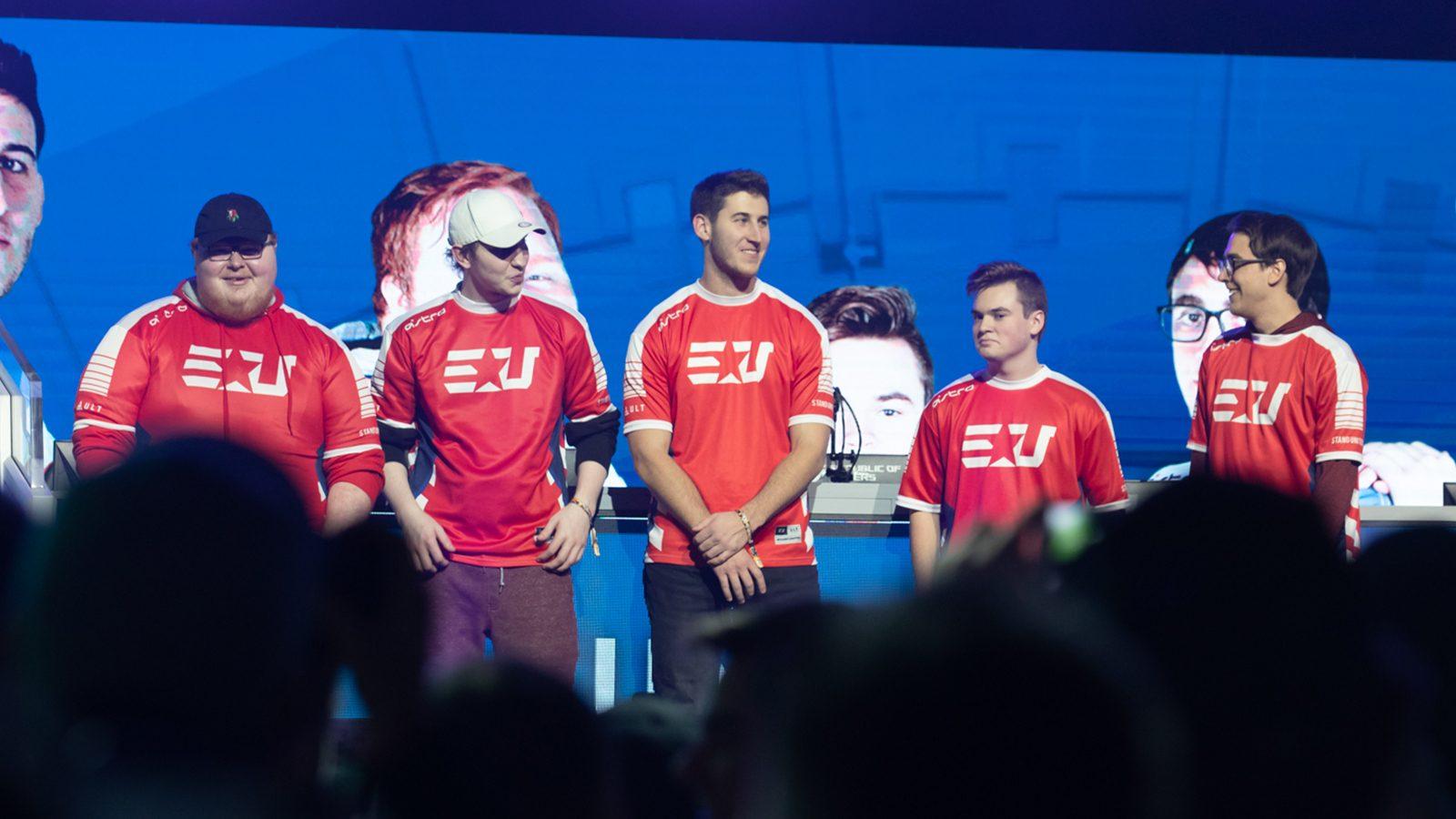 The team touts deep talent but recent internal affairs have led some to wonder about the team’s strength heading into Fort Worth.

“I knew something was kind of going on the last day of the league,” Clayster said. “Everybody was kind of acting shady… The next morning, 8 a.m. [eUnited’s co-General Manager] Burns messaged me and said ‘Hey can I come over? We got to talk.’ So I 100% thought I was dropped.”

The situation had got to the point where Clayster was thinking about contacting other teams to hop on to, so he was relieved when Burns told him he was not being dropped.

Leading up to Fort Worth, the team talked with each other to straighten out the problems that they had been experiencing.

“It was just emotions flying high, people making decisions rashly, and lack of communication,” Clayster said. “…But in the end, we worked it out like adults and we talked to each other. And I think just having that open line of communication and the willingness to accept criticism I think is going to go a long way for us in this event.”

Though eUnited’s CoD team boasts one of the tournament’s deepest rosters, Clayster thinks that people have been “sleeping” on the North American side. He says that after the recent struggles, the team is in a better spot.

“I think that with all the ‘drama’ stuff that happened with us, it made everybody on the team realize, ‘okay this is our job, this is our livelihood…’” Clayster said. “And so it elevated us to a level [to think] I need to be the best person, the best human being, the best teammate, the best friend, overall.”

Clayster insists that whatever internal struggle the team was facing is well behind them, and he’s confident their recent success in scrims leading up to Fort Worth will translate on the stage.