Call of Duty League pro player James ‘Clayster’ Eubanks is not happy with some of the criticisms being leveled against his Dallas Empire squad following the recent CDL London event.

The Dallas Empire’s performances at CDL London were much more improved from the season’s first event as they won two of their three matches and finished second after they had gone winless at the Launch Weekend.

However, despite the better results, some have continued to criticize the team, bringing up the fact that they’re still 3-4 on the season and have lost thrice to rivals Chicago Huntsmen after claiming they were the dominant team from the preseason scrims. 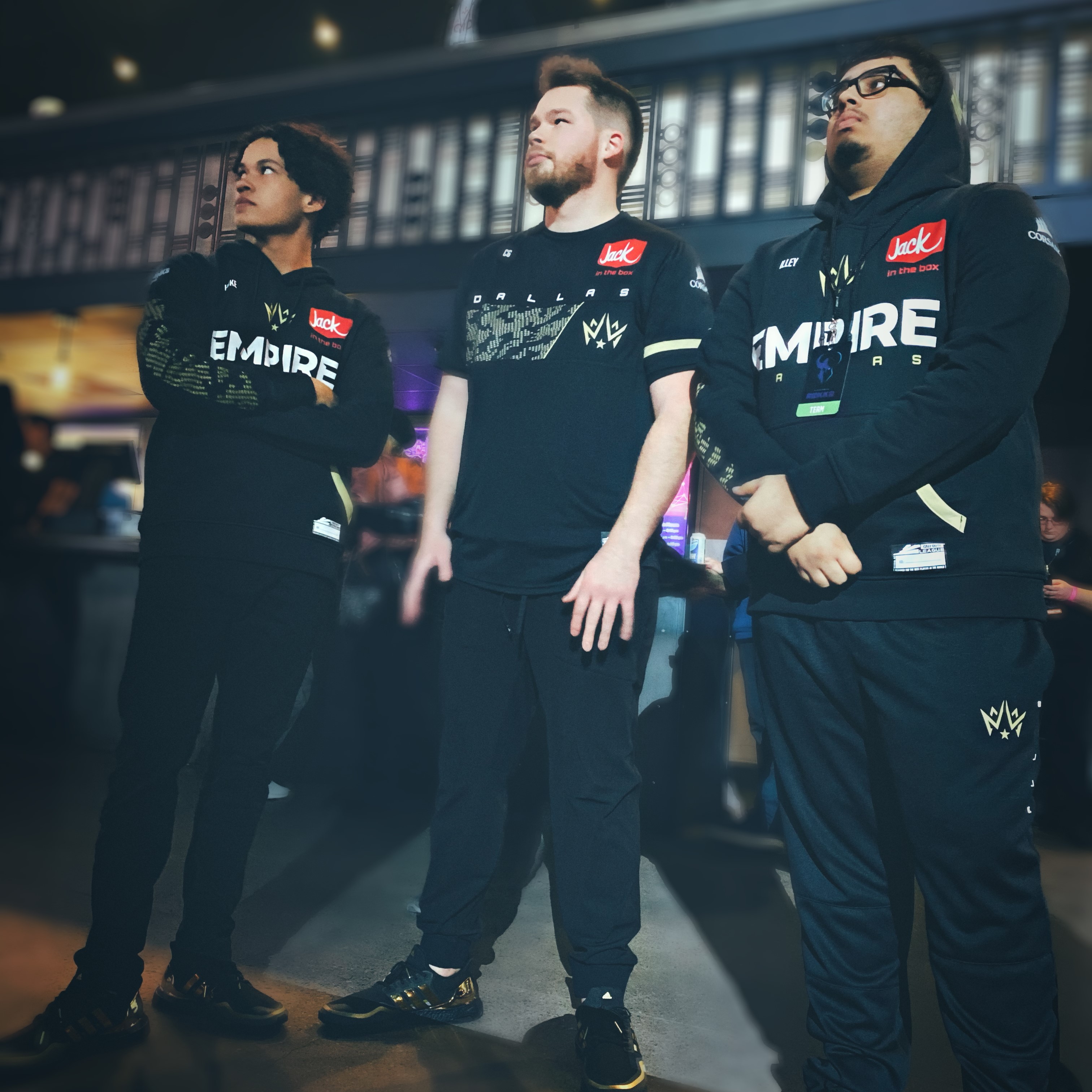 Despite losing in the Grand Final at CDL London, the Dallas Empire certainly showed improvement from the Launch Weekend in Minnesota.

Clayster, one of the two veteran stars on the roster, defended his side in a passionate Twitter rant on February 10, dismissing the criticisms as “hilarious” and misguided.

According to last year’s World Champion, the Empire are content with where they are at this point in the season considering that they have two rookies on the team and all four losses have come against the League’s top two teams.

“Got damn, reading my mentions got me feeling like we sh*t the bed or something,” he wrote. “3-4, with three losses to Chicago and one to FaZe, all while two of our players are making their first pro CoD LANs and learning respawn. Progress takes time, y’all”

Based on their success in online scrims, Dallas came into the season considering themselves to be the best team in the CDL, a notion that has constantly been thrown back at their faces by critics following their tough start in Minnesota.

Even though they got better results, that has continued to be part of the rhetoric surrounding the team following CDL London, spurring Clayster to take aim at those comments.

“This whole ‘online’ take is hilarious,” he tweeted.” If anyone has watched (which you haven’t), we haven’t been ‘amazing’ in scrims since before the slide cancel patch. Everyone’s referencing scrims that happened two months ago as ‘dominating online’ when we’ve been far from it since the patch.” 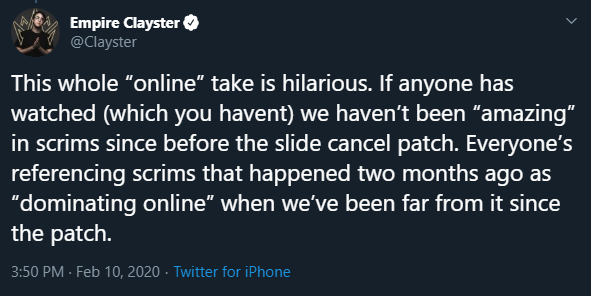 While he didn’t explicitly say so, Clay’s tweets could have partially been in response to some of the comments made by Chicago Huntsmen players Matthew ‘Formal’ Piper and Peirce ‘Gunless’ Hillman.

Both players, following their 3-0 stomping of Dallas in the CDL London Grand Final, talked about how different the Empire look online vs on LAN, with Gunless even going as far as to say it was “fun” taking them down because of how “seriously” they take online scrims.

"They talk a lot of sh*t online so it's fun showing up on Sunday and beating them down." pic.twitter.com/jwDMqAILsW

However, that’s neither here nor there, at least according to Clay’s Twitter spiel, as he made it clear that he’s “super satisfied with the team and how [they’ve] improved from Minnesota,” also making a point to note that he’s proud of his rookie teammates Anthony ‘Shotzzy’ Cuevas-Castro and Indervir ‘iLLeY’ Dhaliwal for how they’ve handled the pressure.

“Imagine your first CoD tournament and you have a crowd chanting to go back to Halo and you’re got to player Chicago twice, I would have sh*t myself,” he said. “Proud of how Ant and Inder have handled the pressure and I’m excited to see the players they can become.”

Dallas will have some extra time to continue working on their game and improving since they won’t be featuring at the next event – CDL Atlanta in late-February.

Their next match won’t be until the second weekend of March, at CDL Los Angeles, where they’ll face New York Subliners in the first round of Group B.