The Call of Duty League’s inaugural 2020 season culminated with a star-studded All-Star Weekend tournament on September 12-13 and we’ve got everything you need to catch up on all the action.

With the Call of Duty League’s first-ever regular season and subsequent $4.6 million playoffs now in the rear-view mirror, the 2020 campaign wrapped with a fun All-Star event that featured the biggest stars.

A group of 32 standout players was chosen from the 12 teams to compete for a share of the $100,000 prize pool, including regular-season MVP Anthony ‘Shotzzy’ Cuevas-Castro, competitive CoD legend Seth ‘Scump’ Abner, and many more.

As with all of the Home Series tournaments and the entire postseason, this All-Star event was livestreamed on the official Call of Duty League YouTube channel, which we’ve included below. You can also catch up on the action through the CDL website and CoD Companion App.

If you missed any of the action from Day 1, you can check out the full VOD here:

Here is the official bracket for this event, which was updated live on the official CDL All-Star Weekend page as results from all the matches came in.

The final bracket for the All Star 1v1 tournament.

This All-Star Weekend was a 1v1 single-elimination tournament that was played in Modern Warfare’s popular Gunfight mode. The way it worked is the pairs of players matched up against each other in the bracket to play a best-of-three Gunfight series, using a rotation of SMGs, assault rifles, and sniper rifles selected by the pros themselves.

As for the prizing, as mentioned above, the entire event featured a $100,000 prize pool, with a whopping $15,000 going to the overall winner. In addition, Activision also announced on September 12 that all of the players selected as All-Stars will also be getting a Creator Code for the MW and Warzone in-game stores. 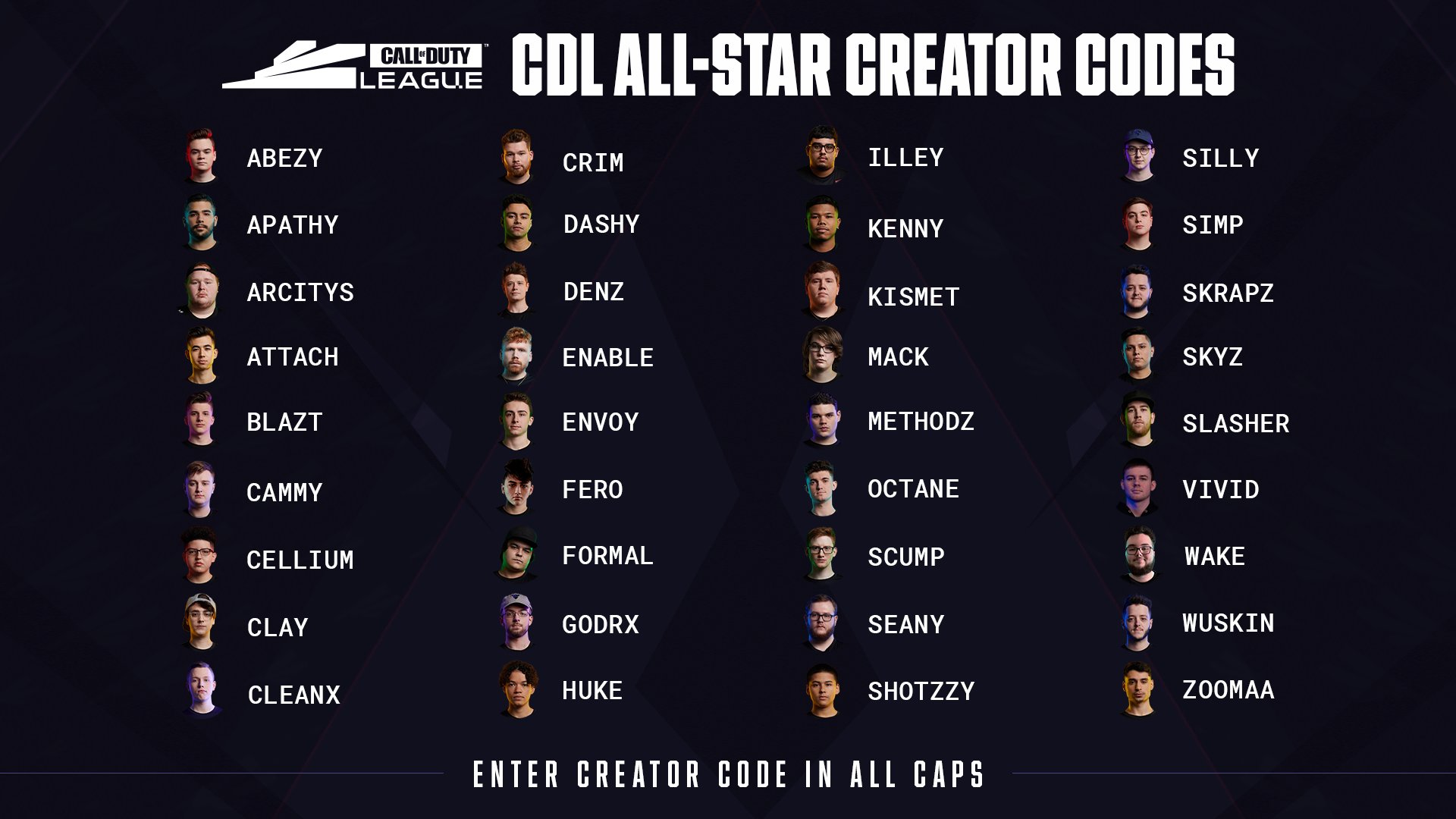 The selection process for those who will get to participate in this All-Star Weekend event consisted of 100,000 votes being cast by fans, after which the top two vote-getters from each team were chosen, plus Shotzzy and Champs MVP Ian ‘Crimsix’ Porter.

To round out the field and fill-in for those who couldn’t make it (marked in red), the CDL casters and analysts got to submit their own votes, which resulted in nine more players getting added to the list.